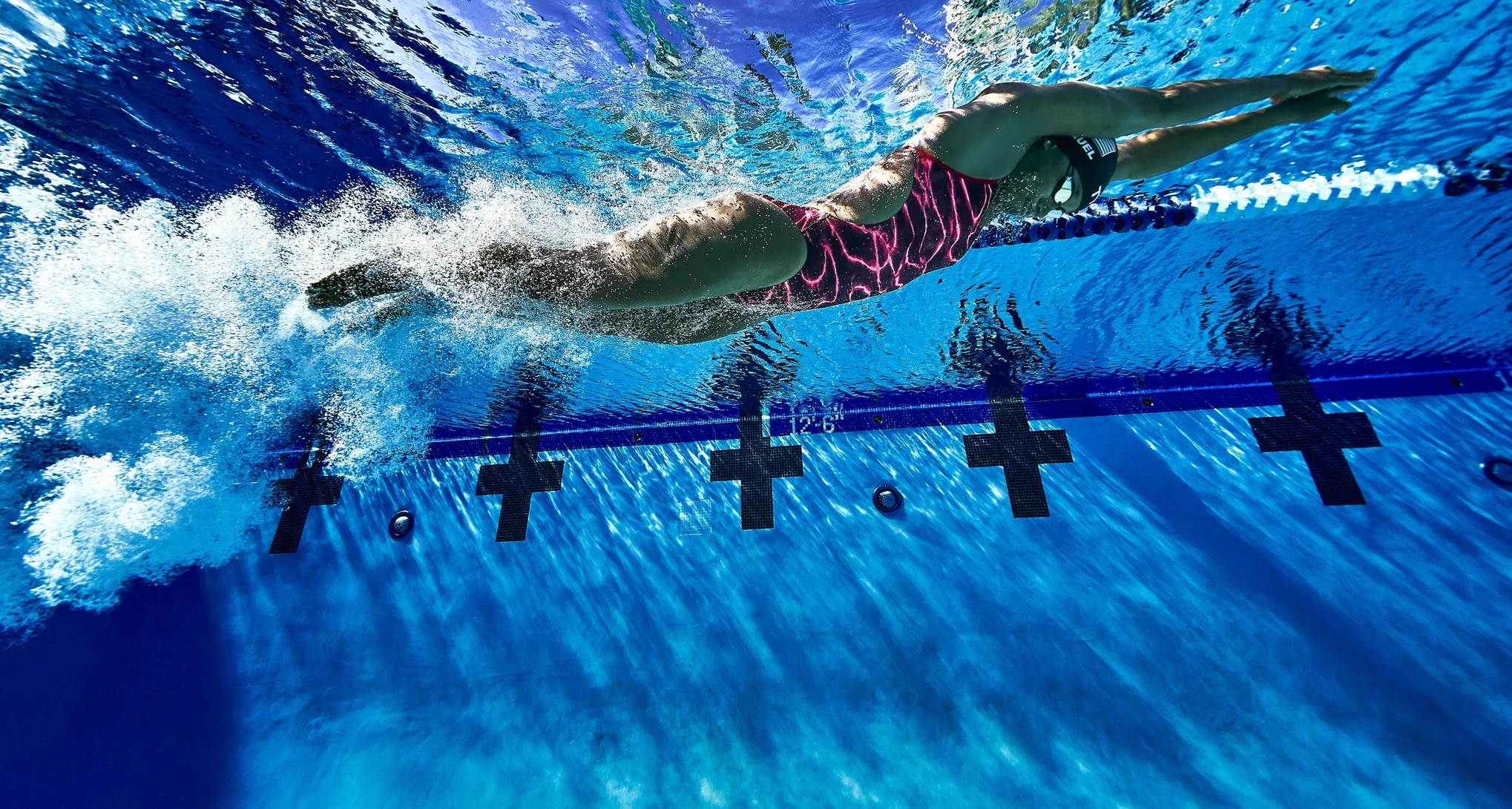 Coach Joyce has been living in Conroe since October of 2011. She is from the
beautiful island of Hawai’i where she spent her entire childhood and teen years
swimming competitively for Kona Dolphin Swim Club, Hualalai Academy High School
Varsity swimming, and Hawaiian open water swimming.
She has coached for USA Swimming teams and taught swimming lessons for the last
twelve years in Hawai’i, New York, and now Texas. Coach Joyce is also an ASCA Level
II Coach , Certified US Masters Swim Coach, YMCA Competitive Swimming & Diving
Certified, and has had the privileges of training in the summers with world renowned
coaches Skip Kenney and Mark Schubert. She has also attended numerous national
coaches conferences held by USA Swimming, the American Swimming Coaches
Association, and US Masters Swimming where she has been lucky enough to learn from
some of the greatest coaches, swimmers, and stroke mechanic analysts in the world.

She has spent the last year rebuilding the swim team at South Montgomery County
YMCA where she started with 20 swimmers in October of 2014 and now has 80
swimmers- 74 of whom have qualified for YMCA Lone Star State Championships. She
coached the Lone Star 8& Under and 9-10 top point finisher in 2012, 2013, and 2015.
She was also the assistant varsity coach at John Cooper High School in The Woodlands Texas
in 2013 where the women’s team placed 1st over all and then men’s team came in
3rd!!
She has also been lucky enough to coach triathletes this last year as well. One
triathlete finished first in her age division at the CB&I Tri with another placing first in
her swim and numerous others finishing in the top 20. She also trained triathletes for
the Texas Ironman; all triathletes had personal records for their swims this year.
She is unbelivably excited to return home to coach where it all began, Kona Dolphins!!

since 1998. She brings her love of swimming and enjoyment with working with the young swimmers to the Kona Dolphin program.

Kathy was born and raised in and began her competitive swimming career at the age of 5.  She swam for the Santa Monica Swim Club and participated in the Junior Olympics from 1968-70.  She attended in , but soon made Kailua-Kona her home. Her husband Tom and her two wonderful daughters, Joyce and Bridget, enjoy sharing her love of the water and are all active members with USA Swimming.

Coach Kathy enjoys expanding her swimming horizons by participating in windsurfing and long distance ocean swimming, such as the Maui Channel Swim. Coach Kathy and her 14 year old daughter Joyce also teamed up to compete in the 2000 Ali’i Challenge, a 6 mile open water swim and kayak race along the Kailua-Kona coast. She has also competed in and finished the North Shore Challenge, a 2.3 mile open ocean race from Pipeline to Waimea Bay, in Oahu. Her personal goal is to swim the Catalina Channel in , a 20.14 mile cold water open ocean swim.

Kathy is an active member of the American Swimming Coaches Association, USA Swimming and Hawaii Swimming. She holds many certifications, including Lifeguard Training, First Aid, Professional Rescuer CPR, Water Safety Instruction, Infant and Preschool Aquatic Program, Safety Training for Coaches and Community Water Safety Instruction.  She continues to educate herself by being an active member of the Aquatic Exercise Association, American Swim Coaches Association (A.S.C.A.), HydroFit Aquatic Fitness, and by attending seminars and clinics.  In 2000 she attended the A.S.C.A. World Clinic held in .  It was an incredible learning opportunity as well as a chance to exchange with coaches from all over the world.

Kathy’s efforts have not been limited to the swimming pool. In 1993 she received the Aloha Recognition Award from St. Michael’s Church for her volunteer work educating children in the parishes of Kailua-Kona and .  Her volunteer efforts continued in 2000 when she led the St. Michael’s youth group to the World Youth Day in .  This experience inspired her to pursue an international competition geared toward youth participation and cultural exchange. Her efforts culminated in July of 2001 when 18 of her Dolphin team members competed in the Stockholm Summer Games in .  This international event featured 12 countries, 14 different sports and close to 5000 kids form all over the world.

Coach Kathy’s current endeavors include Water Aerobics Fitness Instructor, Swim Instructor and Assistant Coach for the Kona Dolphins. She also teaches private swimming and water fitness classes. The Kona Dolphin Swim Club is blessed to have Kathy as their assistant coach. Her cheerful, welcoming attitude and genuine love for the children and the sport of swimming allows the Kona Dolphin team to shine.

Assistant Coach Elizabeth Tracy grew up in Wisconsin, and at the age of 16 started working as a swimming instructor and lifeguard with the local YMCA. A husband, and three kids later she still loves teaching children how to swim and improve their skills! In the beginning of 2016, Elizabeth and her family made Kailua Kona their home. She is a certified USA swimming coach, lifeguard, CPR, First Aid, and AED certified, and she is also a member of the American Swim Coaches Association (A.S.C.A.). Elizabeth is blessed to have the opportunity to work with such great coaches, kids, and families!