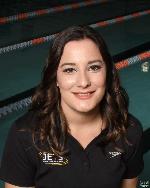 Marissa started swimming when she was 9 years old and swam for the JETS for 8 1/2 years.  She also swam varsity for Joliet Township High School all 4 years.  Since 2012, Marissa has been coaching a diverse range of swimmers from novice to top 10 finishers at the Age Group and YMCA state level. Marissa has been coaching with JETS since 2015. She is currently an ASCA level 2 coach. She also has experience coaching the Central Zones Diversity meet for Team Illinois and is involved with the Illinois Swimming Diversity and Inclusion Committee.  Marissa is very passionate about coaching, where her philosophy is to have fun and enjoy swimming, not only as a sport but to make lifelong friends.  In her spare time, Marissa loves swimming and exercising, listening to music, reading, photography and watching true crime shows.  Marissa has two daughters named Savannah and Scarlett. 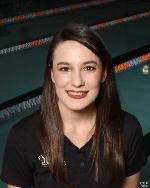 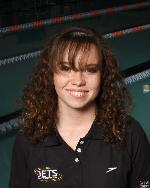 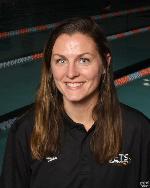 Jessie began competitively swimming at the age of 11 on the Joliet Jets. She continued swimming through high school at Lincoln-Way. She was the breaststroke leg of the 200 medley relay that placed 10th in state in the year 2000. After not swimming competitively in college, she returned to the pool to swim with the Naperville masters swimming club. She participated in Big Shoulders 5k swim race in Lake Michigan in 2009. Jessie also taught swim lessons at Lockport Township from the age of 15 to 24. She coached on numerous teams prior to kids-Plainfield High School Girl's JV Swim Team, assistant coach at Naperville YMCA and head coach for the Lemont Dolphins. Jessie believes that each child should have a fond and memorable swim experience while improving their technique, strength and endurance. Jessie graduated from Eastern Illinois University with a Bachelor of Science in mathematics with a teacher's certification. Prior to her 3rd child, she was a high school math teacher. Currently, she is self employed as a math tutor. When Jessie can find the time, she enjoys hiking, camping, reading celebrity gossip and running. Jessie has 4 children, a 9, 7, 5 and 2 year old, all who she homeschools. Her older three swim for the Joliet Jets. Coach Jessie is our lead group coach for the Zeppelin 1s.