Coaches and Board of Directors

Coach Lauren comes to POSA with over 8 years of coaching experience.
Since she was a 17, Coach Lauren would spend summers teaching swim lessons and lifeguarding in Naperville and Oak Lawn. She went to North Central College, where she swam primarily backstroke and freestyle. Upon graduating, she became the Director of Youth Aquatic Programs, where she tripled attendance and had over two hours in time drops her first year as the head coach. She was also the Assistant coach for the North Central college men’s and women’s swimming and diving teams.
The summer before completing her masters program at North Central, she became the Co-Head Coach for a summer swim team in Naperville - Maplebrook II, as well as coaching for Mavericks swim club.
Once Coach Lauren finished graduate school, she moved out to Denver, where she swam for the University of Denver Masters team, and worked as the Assistant Aquatic Coordinator at Highlands Ranch Community Association. She worked closely with their learn to swim programs, competitive age group swimmers, and assisted with the Masters team and summer swim teams.
After a 3 year hiatus from the swimming world, Coach Lauren is very excited to be back on a pool deck!
Coach Lauren is currently a Level 2 ASCA Certified Coach. When she is not working or coaching, she is usually going on adventures with her dog, Jack. 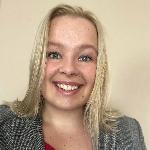 My name is Sam Kruzel. I have been swimming since I was 8 years old, and I swam through college. In my 14 years of swimming, I swam all year round, in the winter before the age of 14 I swam for the Elk Grove Stingrays and then later finished out with HWSA. In the summers I would swim for the Bloomingdale Park District or better known as the Bloomingdale Barracudas, and when I got into high school I would volunteer to help coach the 10 and unders. Once I got into college, I worked my way up from coaching aid to head coach for the Bloomingdale Barracudas. Also, during my college years, I was an assistant coach for Cardinal Aquatics during the winter in Naperville and during that time Coach Lauren was my boss as head coach! Speaking of college, I graduated in 2019 with a double major in Neuroscience and Psychology, and essentially started working full-time since then. I worked for Northwestern Medicine for little over a year and a half as a receptionist and currently work for Advanced Clinical as a clinical trial assistant.

As for my coaching style, I’m the type of coach that likes to pull the full potential of each swimmer. I tend to come off as the tough coach. The type of coach that will make sure that streamlines, underwater kicks/pull-outs (for breaststroke), and turns/open turns are cleaned up/perfected. But I am also the type of coach that can slow down and try to figure out how to fix/improve a swimmer’s stroke technique. My goal is to prevent injures, have the swimmers gain endurance, and become more efficient in their stroke so that they can just work on speed. I used to teach swim lessons so that taught me how to break down my own stroke and how to teach it to others. Additionally, it taught me how to teach each swimmer in their own way since each swimmer learns differently. In the end I am a guide and I hope the swimmer will take the knowledge I give them, apply it and swim (run) with it.

Coach Aidan started swimming with POSA at 9 years old and continued swimming for the Sandburg High School team. He went on to swim at Michigan State University.

Coach Aidan went on to have an impressive college swimming career with being named MSU Men's Swimmer of the Year two years in a row, Academic All Big Ten, 4 Michigan State Records and a Big Ten Distinguished Scholar. Aidan's favorite stroke is long distance freestyle. 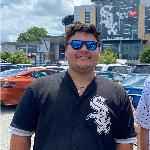 Coach Mike began swimming competitively in High school. He swam 4 years on his high school team and also played water polo during this time. He swam a variety of different events from sprints to long distance events. During this time Coach Mike's two favorite events were the 100 fly and 400 free relay. During his off season from his high school team, he swam with the club team.
Coach Mike taught swim lessons both at the high school and while he worked as a lifeguard.
Coach Mike took a short break from competitive swimming in college but was still able to swim recreationally.
Coach Mike just graduated from Bradley University and he's excited to get back into the world of swimming as a coach. He's a laid back person that loves to keep a positive attitude while still extremely competitive. 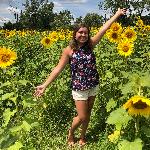 My name is Karina Kachnowski. I am excited to coach here at POSA because swimming has always been a part of my life. I began competitive swimming on a club team at the age of 7 and went on to swim and play water polo throughout high school. Previous to coaching, I have experience teaching group and private swim lessons for 5 years. As a coach, I look forward to sharing a positive attitude, improving swim technique, and being a source of support for swimmers and coaching staff.
Outside of the pool, I am a registered nurse on the cardiac telemetry unit at Little Company of Mary Medical Center. I spend my free time working out, cooking/baking, reading, and spending time with friends and family. 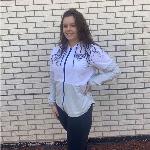 I’ve been swimming on POSA since I was 5 and have been on Sandburg’s swim team since freshman year. I love backstroke but the 500 freestyle is definitely my favorite event. I’m also on the waterpolo team at Sandburg and I’m excited to be a coach on the team I’ve been on for so long. 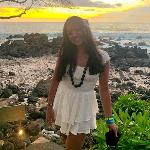 I have been swimming on POSA since I was 7 years old. I grew up in the water and can’t imagine doing anything else.

I love being able to make an impact on the swimmers for the team I grew up on. I have been playing water polo and swimming for Sandburg since my freshman year.
My favorite events are the 50 and 100 free.

Swim has always been a huge part of my life, so I can’t wait to see what the season brings!

My name is Joseph Swais.  I have been swimming since I was 7 years old. My favorite events are the 100 Fly and 500 free.  I am part of the high school swim team and water polo team.
I am an avid sports fan in general, so it's been great to be part of the coaching team and helping younger kids become better swimmers and teammates! I am looking forward to an amazing season!