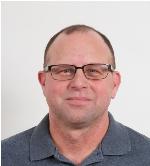 Paul has coached at various levels, including USA swimming, NCAA, and USMS for 26 years. Most recently (2014 - 2017) Paul coached with Hickory Willow Swim Association in Palos Hills, IL where he worked the Elite Training Group. While at HWSA Paul coached numerous NCSA and USA Swimming Jr.National qualifiers. Prior to HWSA, he was head men’s and women’s coach at University of Illinois at Chicago from 2001-2014. While at UIC, Paul was named Horizon League Coach of the Year five times, 2003, 2005, and 2009 (men) and 2002, 2013 (women). Paul has had the pleasure of working with athletes that have qualified for 2000, 2008, 2012, and 2016 Olympic Trials. From 2001 - 2014 Paul also coached with Chicgao Masters Swim Club. In the 1990’s he was assistant coach with University of Wisconsin at Milwaukee, North Shore Swim Club, Univerity of the Pacific, and Tiger Aquatics. 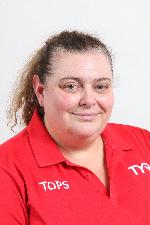 Coach Beth has been teaching swimming in some way since 1986 and started coaching swimming in 1989. She began her teaching career in 1994, teaching music. She began coaching with TOPS in 2004 with the Tiny Tops. She is now the Head Developmental Coach and oversees the Tiny Tops, the Red, and the Yellow training group. She has her American Swimming Coaches Association Level 3 certification and is  currently qualified to instruct and certify lifeguards, First Aid, and CPR/AED. She strives for every member of her groups to learn competitive swimming through organized fun.