Bob Strube has been coaching since 1977, and in the area since 1986. His list of accomplishments are nearly unparalleled in Illinois and across the country. He has coached 16 Olympic Trials swimmers, countless National Champions, and dozens of state qualifiers. Many of his swimmers have earned college swimming scholarships and have been named Captain of their college teams. Many others have gone on to enjoy successful college careers. Bob is the two time recipient of the YMCA Long Course National Coach of the Year award. Because of Bob's personal experience in swimming, having not begun swimming competitively until the tenth grade, he is committed to providing something for everyone, regardless of their ability or experience. He believes that teaching swimmers Life Values through competition is more important than fast times. He feels that learning the value of hard work, discipline and self-respect though sportsmanship, respect for others, will result in an overall successful person. Designing and implementing a program which allows swimmers to achieve these things will have successful swimming as a by-product. 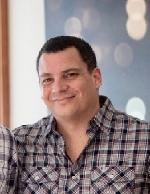 Chris Del Galdo has coached swimming since 1989.  Chris's teams have won 5 JO State Championships and 12 YMCA State Championships. Chris's swimmers have competed in 44 top 6 team finishes in Age Group State Meet competition, over 75 individual event State Championships, many relay state champions as well as several State Records. Chris is the head coach of the Glenbard Co-op Swimming and Diving Team, which encompasses Glenbard North and East High Schools and has included 12 state qualifiers and a state relays in 2010 and 2015 and a top 20 finish at the high school state meet.   He also has coached the COD swim team in 1994, 1995,1996 and assisted Marc Gamble as a College of DuPage coach, where he helped coach the team to a second place finish at the NJCAA Championships. Chris has coached all ages and ability levels during his 29 year coaching career. Chris believes that young swimmers should be involved in many activities as they grow up, so that they can choose to participate in an activity which they enjoy. This helps create an atmosphere in which swimmers feel they are involved in the true sport of their choice once they reach the upper levels of the swim team. He believes that each athlete deserves a full explanation of all training and technique principles which are used in the program. As a result, swimmers come to adopt their own philosophies rather than to simply believe things “because the coach said so." Chris and his wife reside in Wheaton and have two daughters who attended Wheaton Warrenville South High School. They participated in swimming collegiately - Lauren at Eastern Michigan and Taylor at Rutgers University respectively. Chris is also the Wheaton Swim Club private lesson coordinator.  Please contact Chris if you are interested in scheduling private lessons with any of the coaches on the staff. 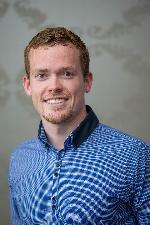 Séamus is a former Irish Senior National Squad member with multiple Irish Senior National titles to his name in 200, 400 & 1500 meter freestyle. He had the honor of being Irish national team captain on several occasions and competed abroad for his country at meets around Europe and at the US Open.  Séamus is a graduate from University College Dublin with a Bachelor of Business Studies, where he spent two years training under the tutelage of 1996 Irish Olympian Earl McCarthy with whom he spent time on deck assisting in 201. Once he hung up the goggles. Séamus moved to Naperville last year from Ireland and is currently working as a Finance & Accounting Associate while studying to complete his CIMA qualifications in Management Accounting. 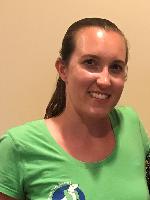 Christine earned her teaching degree from St. Mary's College in Notre Dame, IN and her Masters degree in Administration from Aurora University.  She is the Math Intervention Specialist at Glenn Westlake Middle School in Lombard for 6th, 7th, and 8th grade.  She has 3 daughters who all swim for Wheaton Swim Club - Jordan, Mackenzie, and Molly.  Jordan and Kenzie also swim for Naperville Central High School.  During the summer, Christine coached the 8 & under and 9/10 age groups for the Woodridge Sea Lions from 2012-2018, and became the Head Coach for the Butterfield Bullfrogs in 2019.  She received her USA Swim Coach license in 2017.  In her spare time, she also coaches her daughter's basketball and track teams. 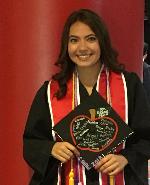 Angela began swimming at the age of 8.  Throughout her swimming career, Angela swam for the Academy Bullets Swim Club and Lake Park High School.  As a recent graduate of Carthage College, Angela's favorite swimming memory has to be winning the CCIW Conference Championships for the first time in school history.  As a Lady Red, Angela focused primarily on IM, breaststroke and butterfly.  Angela received her degree in Mathematics and currently teaches math at Wheaton North High School as well as coaches with the girls co-op team.  During the summer Angela coaches the Itasca Dolphin Swim Team.

In charge of Team Social Media

Marissa is a recent grad from Univ Illinois at Chicago with a bachelors degree in Industrial Design.  During her time at UIC she competed on their D1 Swim Team and was captain in her senior year.  Along with going to school Marissa also taught swim lessons and coached for Wheaton Sport Center Stingrays and Chicago Wolf Pack Aquatics.  Before college she began swimming around the age of 8 and swam for the Wheaton Sports Center as well as Glenbard North/East Coop High School team.  Since graduating Marissa has started her own photography business serving clients throughout the Chicagoland area.  She shoots small weddings and events, elopments, engagements and portraits.  You can find some of her work at msavdesign.com.

Marissa will be coaching and in handling all social media for Wheaton. 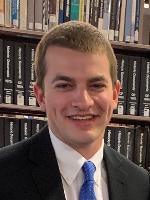 Luke began swimming at the age of 6.  He spent his career swimming for Wheaton Swim Club, the Itasca Dolphins and the West Chicago Sharks. Luke competed for the Glenbard North/East Men's Swim Team in high school and just finished his college swim career at Illinois Wesleyan Univeristy where he recently graduated with a degree in Secondary Education/History and now teaches locally at Lake Park High School. Luke focused primarily on distance freestyle in college and his favorite memory was breaking into the team's all time Top 10 list for the 1650 yard freestyle his freshman year.  During the summer Luke coaches the Itasca Dolphins with his father and fellow Wheaton Swim Club coach Angela. 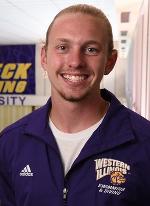 Viktor is an alum of Naperville Central HS where he dovve for 4 years and then continued diving for 4 additional years at Western Illinois University.  In all he has 14 years of diving experience and one year of coaching experience.  Viktor worked with Wheaton Swim Club Diving program under the direction of head coach Holly Higgins.  He is also currently an assistant coach for the Girls and Boys Diving and Boys Gymnastics at Naperville Central. Outside of coaching, Viktor is in his 2nd year working at Kingsley school as a Special Education teacher.  He enjoys teaching young minds new skills and watching them grow with knowledge.  Whether in the classroom or pool, Viktor loves to help children discover their passion and dreams.