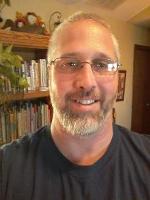 Sean has been involved in competitive swimming for over 30 years.  He has a degree in Aquatics and Business from Ball State University.  Sean started competitive swimming at 6 years old and swam for 12 years until he had to quit due to injury.  He started coaching in 1993 as an Assistant Coach with the Auburn Swim Club Age Group Summer Swim Team.  He has been an Assistant Coach with age group teams for a total of 4 seasons, most recently with Fort Wayne Swim Team, formally NACS.  Sean first became a Head Coach in 1994 at the Dekalb County YMCA Age Group Swim Team.  He has been a Head Coach for a total of 9 seasons, most recently with Cole Center Family YMCA Age Group Swim Team.  Sean has also coached at the High School Level starting in 1996 as an Assistant Coach for 4 seasons and Head Coach for 5 seasons, most recently with East Noble High School Boys and Girls Swim and Dive Team.  He began coaching the Otters in 2016.  He has attended many coaching clinics at collegiate venues for continuing education.  Sean is a committed competitive coach who firmly believes that it is not just about the sport but developing skills for life.  Sean's coaching style fully encompasses the quote "you will always miss 100% of the shots you don't take."

Schlaura was an 11 year member with the former NAK (Norwell Aquatic Knights) swim team. She swam for Norwell HS where she was a state competitor and team captain. She went on to swim at the collegiate level at Indiana University, where she was claimed Academic All-American honors.

After college, Schlaura coached for the Wells Community Swim Team, Lake Central HS along with the Munster swim teams. She also served as the Bluffton Middle School swim team coach for five years and was also the Head Coach for the Bluffton Boys Swim and Dive team for 11 years. She was named "Sectional Coach of the Year" in 2010 and picked up her 100th win, as a coach in 2012. Four of her swimmers won Sectional titles and competed in the Indiana High School State Championships.

Schlaura was the Swim Teacher and the Aquatic's Director for the Bluffton-Harrison Metropolitan School District from 2001-2013. She now serves at the Assistant Principal at Bluffton-Harrison Elementary School. Schlaura resides in rural Wells county with her husband Steve, and her four wonderful children: Annika, Griffin, Graham & Kianna.