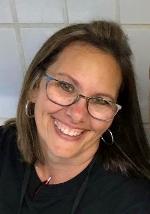 This is coach Mindy’s fourth year as the head coach of PSC, but her 22nd year of coaching.  She is married to D.J., her husband of 35 years, and has 3 grown children, Jeff, Whitney, and Aubrey, one son-in-law, Dwayne, and has 3 grandsons, Ashton and Judah and Mason.  Both of Mindy’s daughters swam, including one who went on to swim at the University of Arkansas

Along the way she has coached at both the high school and club level, and has been a head club coach, head age group coach, senior and high school distance coach, and a head JV coach.  Some of her swimmers have gone on to compete at Olympic Trials, Nationals, Junior Nationals, and at the highest collegiate levels.  Mindy has coached State Champions, both at the high school level and for two different clubs, and was part of a Boys high school state championship team and three Girls high school state runner-up teams, a Senior State championship team and an Age group state championship team.  In addition, she was selected to be the Indiana Head Quad coach, Diversity meet coach, and for various Indiana camps, including OTC camp as staff assistant.  She finds great joy in working with and developing swimmers of all levels.

Shanna began swimming at the young age of five and continued her swim career all the way through
her college years. Participating in club swim year round, Shanna was a swim meet weekend warrior and
eventually became a Junior National swimmer in the 4 X 200 Free Relay for ACAC Swim Club. Moving
forward, Shanna was part of the 1989 Championship 4 X 100 Free Relay. She also was a two-time top eight
finisher at the IHSAA State Finals. She was a 6th place finalist in the 50 Freestyle and a 4th place finalist in
the 100 Freestyle. All the years of hard work and accomplishments earned Shanna an athletic scholarship to
Division I school Wright State University where she continued to improve her game. While attending WSU,
she was part of a Conference Champion swim team and All-Academic American team.
Working towards finishing her education, Shanna wrapped up her studies at Ball State University with a
Bachelor of Science Degree in Elementary Education. Earning her first position as a third grade teacher at
Shenandoah Elementary back in 1999, and has since then switched schools and grade levels. Shanna is a
full-time 6th grade teacher for Pendleton Elementary School-Intermediate.
Shanna resides in Pendleton with her husband, Andrew, of 21 years and her two children, Noah
(college) and Maggie (high school). 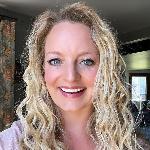 Ashley began swimming at Pendleton Swim Club when she was 9 years old and continued to swim year-round for 10 years.  She qualified for many Age Group State meets, Central Zone Championships, as well as Senior State while swimming with the club.

In high school, Ashley was a lifeguard and swim lesson instructor during the summer months in between swim practices with Southeastern Swim Club. She swam for Pendleton Heights High School where she was the MVP all 4 years.  She was the Sectional champion in the 100 backstroke during both her freshman and sophomore years, and she qualified for the High School State meet each year.  Her specialty strokes were backstroke and butterfly, and she held the PHHS records for the 100 backstroke, 100 butterfly, 100 freestyle, and the 200 medley relay.

Ashley lives in Pendleton with her husband, David, and enjoys spending time with her family.

She is thrilled to continue her coaching career with PSC, and she is looking forward to supporting the swimmers as they grow to understand the value and importance of commitment, respect, accountability, and hard work

Beth has been involved in and has enjoyed the sport of swimming for many years. Whether as supportive parent, an active board member, an official, or an on deck coach, Beth has always had a passion for what she doing with the athletes. Beth is an ASCA level 1 and United States swimming certified swim coach, and has been a member of the PSC coaching staff since 2010. Beth also holds high school coaching credentials through NFHS, and is a United States Swimming certified official with stroke & turn and timer certifications. Beth is actively trying and eager to continue her education in swimming.

In addition to being a PSC assistant coach, where her primary responsibilities are with the developmental groups, Beth is the coach for the Shenandoah High School Team.  In the past, Beth also served as a coach for Shenandoah Middle School, and as a board member at New Castle Swim Club.

Beth has been married for  over 25 years to her husband, Mike. They are proud parents to two children, JD and Brittanie. JD, a PSC swimmer, is currently a student at Shenandoah.  Brittanie is working on her MBA at Ball State University. When not coaching,  Beth  is employed as a dental assistant. Beth enjoys working with people of all ages, which is why she enjoy working to develop skills in new swimmers of varying ages at PSC. 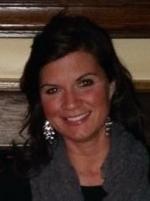 Amanda started her swimming career with Pendleton Swim Club when she was just 5 years old. She fell in love with the water, so much that she continued swimming competitively for 18 more years.  Amanda held PHHS high school records, was a State qualifier for 4 years, and went on to receive a swimming scholarship from Butler University.  While at Butler, Amanda received her bachelor’s in journalism.

During summer breaks from school, Amanda was a swim coach for Woodland Country Club in Carmel.  Amanda enjoys teaching swimmers of all ages proper stroke techniques.  She says the greatest reward is when her swimmers build confidence in and out of the water.

Amanda attributes her own personal love of swimming from having amazing coaches. She learned from the best she says, John Wolfe and Annie Wills. Amanda says this is why she decided to coach herself. They were so instrumental in her life that she hopes she can have the same impact with her own swimmers in much the same way today.

Amanda’s specialty strokes were butterfly and freestyle.  She always considered herself to be more of a sprinter than a long distance swimmer.  Don’t let her fool you though as she has been known to swim a 1650/mile competitively.

Amanda resides in Pendleton with her husband of 20 years, Scott, who is also a coach of many sports. She has two children who also swim with club – Kennedy and Cooper.

Robin Hart is no stranger around the Pendleton Heights Swimming pool.  Robin has coached (middle school swimming), assisted (high school swimming), and taught Learn to Swim programs on and off since 2000.  Robin Hart is a returning head swim coach to the Pendleton Heights Middle School Swim Team and an assistant coach to the  Pendleton Swim Club where she will assist with the Broncos and any other swimmers.

Robin Hart is a wife to Jim Hart for 28 years.  A mother to three boys: Kyle (26) who has a Purdue degree in Chemistry, Brandon (24) who has a Purdue degree in Aeronautical Engineering Technology (Polytechnic), and Evan(23) Hart with an Electrical Engineering Technology (Polytechnic).  A mother-in-law to three beautiful daughters: Jenn(25) who has her degree from Purdue in Apparel Design and Michaela (23) who has her degree in Public Health from Purdue and  Rachel (24) from Evangel with a degree in Youth Ministry/Counseling. We Boiler up and Hammer down in this family!  Robin is a grandma to Jonathan who will be a year in November.

Robin is grateful and blessed to be working alongside so many talented and knowledgeable coaches this year for the Pendleton Swim Club. 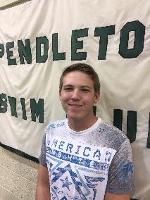 Nick is beginning his first year with PSC as an assistant coach. Nick swam for PSC and PHHS. He started swimming at the age of 9. He works for the Pendleton Fire Department and as an EMT and is a certified scuba diver. In the summer he also works for Brown pool is as a life guard and this past summer was the Head guard. 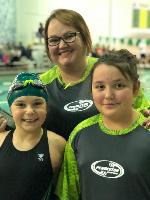 Coach Amber’s swimming career included swimming for both PSC and PHHS.  Her favorite events were the 200 and 500 Freestyle.  In her senior year, she was an assistant instructor for the 3rd grade swim lesson program and assisted Coach Hart with the PHMS swim team.  During that time is when she found her love for teaching children how to swim at all skill levels.  Since then she has become a swim coach and a Learn to swim instructor for both PSC and the YMCA in Anderson.

Coach Amber is the current PSC Learn to Swim coordinator and Asst swim coach that helps with Ponies, Broncos and Colts.  She has been married to her husband Roger for 12 years and they have 3 children, Cathryn and Rebecca both swim for PSC and Lee is currently in the Learn to Swim program.  She is so excited to work with such an amazing group of amazing coaches.