Eric has been the Zionsville SC Head Coach since October of 2010, but has coached since 1996. He has worked with all levels of athletes including learn to swim, summer league and National level finalists. Eric holds American Swimming Coaches Association Level 4 certification as well as an undergraduate degree from Purdue University and a Masters degree from Ball State. Prior to coaching in Zionsville, Eric coached in both Lafayette, IN and Oak Park, IL. Eric also owns and operates Indy Swim Studio, LLC

Eric is married to Jessica and they have two daughters, Emily and Harper. Jessica is a Realtor for FC Tucker in Ziosnville and the girls are growing up to be huge Zionsville Eagle fans! 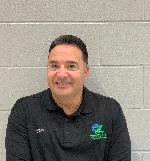 Don Cozad is the lead coach for our Platinum and Bronze squads as well as oversees the overall age group programs. Don previously served as the Head Coach of PRO Swimming at their Huntington site (1994-2015). He has coached swimmers from the youngest Age Groupers to high school and beyond. From teaching pre-schoolers to learn how-to-swim to perfecting the strokes of former college swimmers returning for advice, Don has shown a deep commitment to all of his athletes.
While in Huntington, Don also served a role as the Senior Program/Aquatics Director at the YMCA (2003-2014) and PE Teacher at Huntington North High School (2015). Previously Don was an educator and swim coach in Hagerstown (1988-91) and Head Swim Coach in Lake Placid, FL (1991-1993).
Don swam competitively at the University of Indianapolis, where he was team captain for two years, graduating in 1988 with a BS in Education. While on scholarship for swimming, he was also on scholarship with the Tennis team!
Don has had the honor of being Head coach for Team Indiana at the Midwest Zone Championships.multiple times,  He has coached several clinics and has served on several committees with Indiana Swimming. He has b also been responsible for several Indiana Swimming Open Water Camps and many Open Water State Championship meets. Many of his former swimmers have gone on to swim at the collegiate level on scholarship.
Don is married to his wife Dorene, and they have a 24 yr old stepson (Ethan) , a freshman at IUPUFW (Zane), and (Corbin) a sophomore  swimmer at Zionsville. 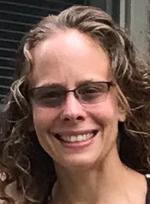 I was born and raised in Muncie, IN and began teaching lessons and coaching while in High School.  After moving to Pennsylvania in 1999, I coached at Palmyra Aquatic Club where I introduced the team to USA Swimming.  In the six years that I coached there, we had Junior Olympic, Zone, and Sectional Qualifiers.  From 2005-2015, I coached at the highly decorated Hershey Aquatic Club where I was the Head Developmental Coach and worked with athletes of all ages and abilities.  I also coached Zones for 6 years while being a Middle Atlantic Coach.  Moving to Maryland in 2015,  I started coaching at the Nationally ranked Machine Aquatic Club.  While there, I coached the Age Group and Senior level athletes at the University of Maryland.  Summer league swimming is important in the Washington area, so I took a role as the Swim Director/Head Coach of BBT swim team in Bowie from 2015-2018.

Having coached all levels, from beginners to nationally ranked swimmers, I am excited to further my coaching experience with Zionsville Swim Club. My husband and I have three daughters, ages 24, 19, and 14. 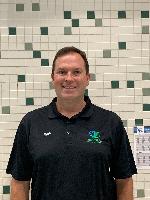 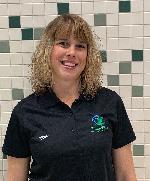 Kristie Keating has been coaching with Zionsville Swim Club since 2012. She has coached all levels from developmental to high school. She graduated from Butler University with a degree in Elementary Education and a minor in Special Education. Kristie also has her masters in Special Education from Butler University.
She began her career coaching at the Country Club of Indianapolis ages 4-16. She then began coaching in Pike Township as the Head Middle School Swim Coach for 3 years .From there she transitioned to the assistant Pike High School Swim Coach. Kristie is currently one of the assistant swim coaches at Highland Country Club. She has been the assistant swim coach for Gold, Silver, Green, and White at Zionsville.
Kristie is currently the Co-Department Chair of Exceptional Learners at Pike High School. She has been working in Pike Township since 2001. 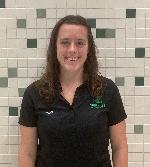 Mackenzie has been coaching with ZSC for 2 years. She is also an alumni of ZSC and graduated from Zionsville in 2009. She got her undergraduate degree in Sports Performance from Purdue and a Masters degree in Kinesiology from IUPUI. She currently works at an ABA center in Carmel as a therapist. Her favorite stroke is butterfly and her favorite event is the 200 IM.