Jeff primarily works with the Silver Group but you will see him at many other practices watching or giving feedback.


Jeff is an ASCA Level 4 certified coach he has worked with athletes of all ages and abilities. He has spent most of his coaching career working with age group swimmers who have been Sectional Finalists, Nationally Top 16 Ranked, Age Group State Champions, Zone Champions and State Record Holders. Jeff has seen the CATS Aquatic team place as high as 5th at the Illinois Age Group Championship.

Aside from his work with CATS, Jeff has been the Team Illinois Zone Manager and has served as a coach for many Illinois Camps and Clinics. He also served as Boys Water Polo Coach for Libertyville High School from 2004-2008.

Educated at University Wisconsin-Madison, Valparaiso University and University of Illinois-Chicago Jeff has a Bachelors’ Degree in Mathematics with an Illinois teaching certificate. Jeff swam competitively at Wisconsin and Valparaiso until a shoulder injury ended his career.

Jeff and his wife Nina, daughter Hannah, son Danny and dog Casey live in Arlington Heights! Jeff has a simple philosophy when it comes to swimming: He is committed to providing “something for everyone,” regardless of their ability or experience. He believes that teaching swimmers Life Values through competition is more important than fast times. He feels that learning the value of hard work, discipline and self-respect though sportsmanship, respect for others, will result in an overall successful person.

Coach Vlad hails from Russia carrying his enormous wealth of swimming knowledge as an athlete and a coach.
After arriving in America a little more then 20 years ago, Vlad has worked with all different age groups. His heart and soul is swimming and he takes great pride in watching that passion develop in the swimmers.

His motivation is contagious; he will help achieve goals in a proactive and entertaining style.

Coach Mike holds a B.S. in Physical Education and coaching, with a minor in History and Kinesiology from Western Illinois University. He is a life plus member of ASCA, and a fully certified USA swimming coach.  He has coached numerous regional, age group state, and senior state qualifiers in his previous 20 years coaching experience.  He was the 13-18 Zone coach for Illinois in 2005 and 2009, and the Head Zones coach for Team Illinois 2013-2015.
In 2005 he started Midway Aquatics, where he grew the club from 25 swimmers to 200, and developed repeated regional, age group state, central zone, and senior state qualifiers.  While at Midway he also was the Varsity Girls Head Coach of U-High Chicago, where he had state qualifiers and many team record holders.
In 2012 he started Life Time Illinois Swim Team, and introduced the health club to the competitive world if Illinois Swimming.
In 2014 Coach Mike joined CATS as a full time coach, and started working as the Libertyville Boys Varsity Head Coach.  As the LHS varsity coach the team won sectionals and qualified all three relays for state each year, along with the individual qualifying swims.  He is currently the LHS Girls Varsity Head Coach.
Coach Mike also serves on the Illinois Swimming Board of Directors as Secretary, and has been the Coaches Representative and Senior Vice Chair.  Along with his love of coaching swimming, he enjoys riding his motorcycle, wake boarding, snowboarding, and spending time with his family. 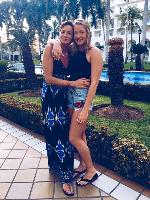 Coach Natalia is in her 6th year of coaching with the CATS and her 2nd year as the lead coach for the Green group. She is a Level 2 ASCA certified swim coach.  Natalia has a Bachelors Degree in Physical Education, and began her coaching career when her daughter Daria joined CATS.  As a former Athlete for Russia’s National team, she has had lots of experience as a national level swimmer. She received a Bronze medal in the 1992 Barcelona Olympics games, while being part of the 400 Medley Relay. In 1994 at the World Championship she achieved a Silver medal and a European record in the 50 FR.  In the 1996 Olympic Games in Atlanta she was a finalist in the 50 Fr. Natalia enjoys working with the kids to meet their swimming goals, and challenge them to strive to be better in and out of the water.

Barb started Coaching at CATS in the fall of 2015. She is the Lead C oach for 8 & Unders, and is an ASCA Level 2 Certified Swim Coach, with an 8 and Under specialty.  She has a Elementary Ed degree from Bradley University.  She started her swimming life when her and her husband owned their own Swim America Swim Lesson program for 5 years.  Once they decided to close the business, she worked at Goldfish Swim School for a year, before she started her coaching life here.  Her family is a bit of a swimming family.  Her husband, MIke, also works at Cats as the Lead Coach of Orange and Head Developmental Coach.  They have 2 children.  Their Daughter swam for many years and was on the silver and red group at Cats before pursuing Volleyball.   Their son is currently in the Green group and loves to swim.  She loves coaching, teaching swimmers new skills, seeing them progress every practice, and develop a passion for the sport!  Her hobbies outside of swimming are baking and decorating cakes, gardening, kayaking, and being at the lake in Wisconsin with her family. 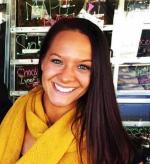 Sammy Jo holds a B.S. in business and marketing with a minor in theater from Carthage College. This is Sammy Jo’s third year coaching with CATS working with the silver group. Sammy coached a little bit on and off after graduating college and was happy to find a home with CATS. She swam competitively for 13 years, retiring after college, and she still enjoys being around the water. Along with coaching here, Sammy Jo also coaches weightlifting and CrossFit in Arlington Heights and has a huge passion for the fitness industry. Outside of coaching Sammy Jo loves being active and lifting heavy things. She enjoys competing in various events and aspires to help people better their lives and reach their goals. 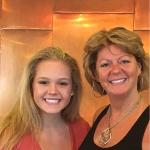 Coach Pat has been with the CATS Aquatic Team for the last six years.  Besides coaching CATS, he also coach for Vernon Hills High School with the boys and girls swim team and the boys water polo team.  Coach Pat currently teach in Gurnee at Woodland intermediate.  Recently he moved into the Vernon Hills area with his fiance and will be getting married in June.

This year is my fourth year as the head girl’s swimming & diving coach at Vernon Hills.  My coaching experience began as an assistant volunteer coach with Warren Township HS, where I also coached the boy’s diving program for one season before coming over to district 128.  For four years prior to becoming the head girls’ coach here at Vernon Hills I was the assistant girl’s varsity, and JV head coach with Libertyville.  Aside from coaching girls swimming I spent five years as the head boys’ swimming and diving coach through the ‘09-10 season.  Over the past few years we have put Vernon Hills’ girls swimming on the map at the IHSA state meet by having multiple state qualifiers and look to continue that trend this year with our deepest team ever.  I have been coaching part time with CATs for 8 years as well.  I began coaching with the silver group in 2002, and then began coaching green/gold in 2005.