Coach David Stephens has been involved in swimming for over 35 years both as a swimmer and a coach.  He grew up in Atlanta, Georgia and swam for the Dynamo Swim Club and was an All-American at Marist High School.  He continued his swimming career at the University of Michigan and lettered all four years while swimming under Olympic coach Joh Urbanchek.  Coach Dave then moved to Chicago for law school and became a swim coach along the way.  He completed his JD program at the John Marshall Law School and passed the 2004 Bar Exam.  He started the CWAC program in the fall of 2004.  Coach Dave is the Development Accounts Manager at St. Ignatius College Prep and also serves as the head coach of the women’s varsity team.  His high school teams have won 29 IHSA sectional titles the past nineteen years and produced over 200 All-American performances.  Coach Dave was selected as one of the top 10 national age group coaches of the year in 2019. 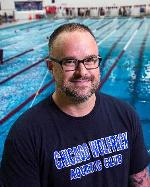 Coach Dave Gass grew up in Huntsville, Alabama and swam for Space City Swimming and Grissom High School. He went on to be a four year letter winner and team captain at Delta State University in Cleveland, Mississippi. Dave began his coaching career as a Graduate Assistant at Delta State during the 1999-2000 season and has been coaching full time ever since. Coach Dave was one of the founding coaches of Nitro Swimming in Austin, Texas helping grow the team to over 750 swimmers and helping the team become a power in the Texas swimming scene. His next and final stop in Texas was the Dallas/Fort Worth area as Head Age Group coach of Metroplex Aquatics, where the club was one of only a few teams to place in the Top 10 at both the Texas Age Group State meet and Sectionals. Dave has helped his swimmers reach many milestones over the years including NCAA DII All-Americans, NSISC Conference Champions, numerous individual Texas Age Group State Champions, Texas State Record Holders, and USA Swimming Top 10 ranked athletes. His coaching philosophy centers around developing well rounded swimmers who truly embrace and enjoy the challenges necessary to take their swimming to the next level. Dave jumped at the chance to relocate here along with his wife (a Chicago native); giving them the opportunity to raise their son amongst family. He has been with CWAC for over three years. 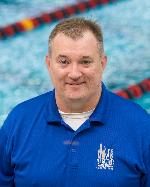 Coach Jim Clarke grew up in Evergreen Park where he swam with the Barracudas, Ridge Park, EP Stingrays, Evergreen Park Community High School and at Lake Forest College. Clarke taught and coached at his Alma Mater EPCHS for 10 years. In that time, his club and high school teams combined for ten conference titles. He was named District 231 Educator of the Year in 2006-07; South Suburban Conference Coach of the Year for the Girls 2008, Boys 2008-09, Girls 2009 and Boys 2009-10 high school seasons; He coached IHSA State Finalists in 2003, 2007, 2008, and 2009. His EPCHS swim teams received the SSC Sportsmanship Awards in four straight seasons and his coaching staffs were two-time recipients of the Illinois High School Association SAWA (Sporting A Winning Attitude) Report (1999, 2009). In 2006, Clarke worked with Dave Stephens to bring CWAC to Evergreen Park and was the lead coach there the next four years coaching Regional, State, Speedo Sectional Qualifiers, CWAC record holders and a US Nationals Qualifier. After a brief hiatus, Clarke coached CWAC at UIC from 2012-14 and St. Ignatius College Prep from 2012-16. In 2016, Clarke returned to head CWAC at EP and has since coached Regionals/ State/Futures and Jr Nationals qualifiers; Illinois State Champions; Illinois State and a United States Record Holder. He has enjoyed coaching with several of his former swimmers and watching his daughter in her early days with the Wolfpack. Coach Clarke was recently certified as an ASCA Level 3 coach.

Alyssa is homegrown EP. She started swimming at the age of 8. She swam for the Evergreen Park Stingrays, CWAC and Evergreen Park Community High School before a two year career at Western Michigan University. In addition to competing, Alyssa was a swim instructor for five years before entering graduate school. She is currently studying applied behavior analysis and works as an in-home therapist for children with autism.

Coach Brian Edgeworth began his CWAC career as a swimmer in 2007 and as a coach in 2008. One of his favorite Pack memories is the trip to the University of Minnesota for Speedo Sectionals 2010.  Brian considers the team his extended family and loves watching the reactions of his swimmers as they achieve their goals. He has helped numerous swimmers break CWAC records and qualify for Regional, State and Zone meets.  Brian not only challenges his swimmers---he challenges himself. Over the last several years he has competed as an open water swimmer; completed a Half-Ironman; finished multiple Wreck Bag races and the David Gossing Challenge—an event requiring a 4 mile run every 4 hours for 48 hours. He also competes in extreme obstacle course races. Later this month (September 2021), Brian will be competing in the 2021 OCR World Championships in Stratton Mountain, Vermont. 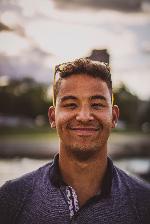 Coach Justin grew up in Chicago, IL and swam for Chicago Wolfpack Aquatics Club and Swift Aquatics. He attended Lane Technical High School and was a four-year varsity swimmer. He attended the University of Wisconsin-Stevens Point and was an all-conference finalist for four consecutive years at UWSP and obtained 2 NCAA DIII "B" Standards in the 400 IM. Justin has coached a country club league swim team for Sunset Ridge Country Club for 5 years, coached swim camps at UWSP, and fifth-year coached the Men's and Women's Swim Teams at the University of Wisconsin-Stevens Point.  Justin graduated from UWSP in May 2018 with a Bachelors of Science in Business Administration with a dual concentration in Marketing and International Business. He interned for an up and coming sports media company called JAFA in Metro London, United Kingdom in Fall 2017. 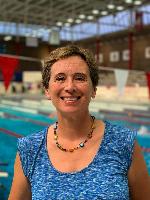 Coach Sue’s passion for swimming has brought her back to CWAC this time as a coach. From 2009 to 2013 she was a parent of a CWAC swimmer, a stroke judge and a starter.  Sue grew up in the Chicagoland area and swam for the Lake Forest Swim Club and graduated from Lake Forest College.  At Lake Forest Sue was part of All-American relay teams that placed in the top 15th in the nation on a yearly basis. Individually, she finished sixth in the 50-butterfly and 10th in the 100-butterfly. Her junior season she was the Foresters' Most Valuable Swimmer. Sue was also a team captain as a junior and senior. Lake Forest was 38-4 in dual meets during Sue's four seasons and its ninth-place national team finish is, at the time of her induction into the Lake Forest Hall of Fame, the best in the program's history. She also helped the Foresters win their first conference championship. Most recently, Sue is active in scuba diving. She also competes in triathlons, and in US Masters Swimming meets.

Swimming has been a part of Coach Clair’s life since she was born, from running around a pool deck while her Mom coached, to swimming with the Waukesha Express Swim Team and with the UIC Flames.  While swimming with Waukesha Express, Clair was a Junior National Qualifier and an All-American in the 100 backstroke for Waukesha South High School.  During her four years with UIC Clair produced three individual school records in the 100 and 200 backstrokes and the 200 IM as well as being part of three record holding relays.  Clair graduated from UIC in May 2012 with a Bachelors Degree in Communications.  Coach Clair was named 2018 Developmental Coach of the Year in Illinois.  She is excited to continue in the sport as a coach with CWAC.

Paul Moniak is no stranger to the pool deck. Paul began is competitive swimming experience by swimming with Hinsdale Swim Club and Hinsdale Central High School in the Chicago suburb of Hinsdale, IL. He then went on to Northern Illinois University (DeKalb, IL) majoring in Political Science and was a four-year varsity letter winner on their Men’s Swimming team. Upon graduating from NIU, Coach Paul decided to head back to the pool deck in September 1991 – this time as a coach. After coaching in Milwaukee, Wi and Stockton, CA, he decided to come back to the Chicago area, where he has remained since 2001. Most recently, he was Head Coach at West Cook YMCA (The Oak Park Swimmers). Paul has worked with swimmers of every age and ability level; swim lessons, age-group, high school/senior level, Division I collegiate athletes, and Master swimmers. Among his accomplishments; coached numerous NCSA Jr. National qualifiers, numerous USA Swimming Jr. National &amp; National qualifiers; athletes who qualified for the 2000, 2008, 2012, 2016 USA Olympic Trials, and five time Horizon League Coach of the Year (UIC Head Coach - three times men’s and two time women’s). Coach Paul likes to create a fun (and hard-working) environment on the pool deck while paying close attention to proper stroke and skill technique.

Nicole was born and raised on the Southside and currently lives in the Beverly neighborhood with her husband Chris and three children: Delaney (6), Charlie (5) and Conor (3). Nicole found her passion as an educator for Chicago Public Schools, teaching middle school science for the last 16 years. She began swimming at the age of 6 and continued through her college career. Nicole has given back to the sport by officiating and coaching at the high school level. She loves the sport and loves sharing that passion with young swimmers. 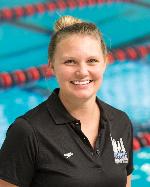 Coach Sam grew up just outside of Cincinnati, Ohio swimming for Countryside YMCA and Mason High School. She swam briefly at the University of Cincinnati, before ending her swimming career and beginning her coaching career at a local summer club before eventually joining the Cincinnati Marlins staff. Moving from Cincinnati to Chicago in 2012, Coach Sam began assistant coaching CWAC’s Silver 2 group. Over the years she has coached many of our age groups, but now focus her attention on the Wolfpack Swim School and coaching the St. Ignatius Girls Swim Team.

Using her coaching experience and years of teaching swim lessons, she has developed a curriculum for the swim school that is designed to give all participants a comprehensive introduction the world of competitive swimming. The swim school strives to teach water safety as well as proper swimming technique with the goal of preparing swimmers to join the state ranked Chicago Wolfpack Aquatic Club. Coach Sam is now married to Coach Dave Stephens and together they have three girls who will hopefully one day go through the lesson program and join the CWAC swim team.