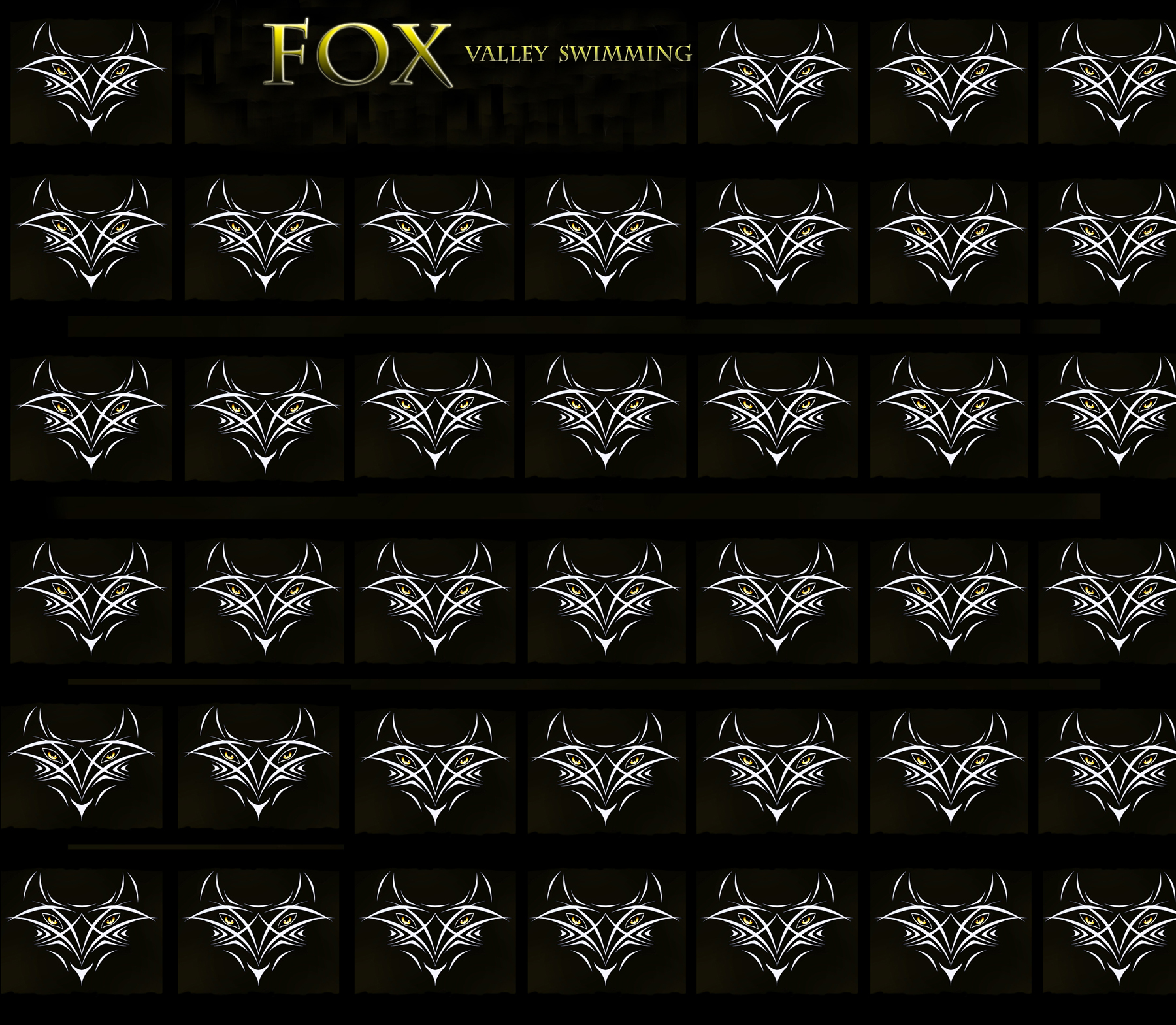 With more than 16 years of coaching experience at Age Group and Senior swim levels, Coach Rob has had a tremendous impact on the swimming communities he has served. Rob comes to FOX from Springfield YMCA (SPY Typhoons), where he spent the last nine years creating an elite level swim team on a national level. He has had incredible success coaching and developing all levels of swimmers, from new age group swimmers to National and Olympic trial qualifiers (including a Gold Medal Olympian).

Coach Rob began coaching for the Champaign County YMCA while attending the University of Illinois, where he received a degree in economics. Upon graduating from the U of I, Coach Rob returned to the St. Louis area to obtain a teaching certificate in secondary education at Lindenwood University. During this time, he volunteered at a club in Belleville for two summers before returning to the pool deck year-round as the 8&U coach for the YMCA of Southwest Illinois. Coach Rob then joined the Edwardsville YMCA as the head age group coach and senior assistant coach for two years. Following Edwardsville, Coach Rob moved to the Springfield YMCA in 2010 where he oversaw the growth of the program from 100 athletes to more than 215 swimmers, and saw its success move to a state and national level team, most recently being awarded a 2020 USA Swimming Club Excellence Bronze Medal.

Coach Rob’s long association with club swimming began at the age of 8 where he swam at a summer club in Belleville, Illinois. After moving to Wyoming at age 13, he began swimming full-time. Coach Rob swam for back-to-back Wyoming high school state championship teams with the Campbell County High School.

Coach Jason has been with the Fox Valley Swim Team since 2007. During that time, he has had 15 different swimmers break over 30 Illinois State Records (individual and relay).  He has coached numerous individual and relay state champions.   Many of his swimmers have been ranked top 10 in the state, top 10  in the nation, and has had 4 number 1 ranked in the country swims.

Coach Jason is also the head swim coach for the Neuqua Valley Girls High School swim team since 2013.  While coaches the high school team, he has coached the girls to 3 consecutive DVC conference championships, two top ten in the state finishes, and 2 state champions.  He was named the DVC coach of the year for 2 consecutive seasons and was the sectional coach of the year in 2017.

Prior to the Fox Valley Swim Team, Jason coached for the Naperville Riptide Swim Team from 2002-2007.  While on the Riptides the team won 5 consecutive Age Group State Team Championships.  Jason coached various age groups but focused primarily on 14 and under swimmers.

Coach Jason has coached at many different levels throughout his career including park district, club, high school and was invited to coach at Stanford University for Richard Quick's National Swim Camp. 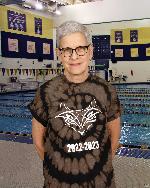 Coach Jan Jensen has been with Fox Valley Swim Team since 2004. She currently coaches the 9-10 group at Neuqua, and assists with the 11-12 group. Coach Jensen is a graduate of the University of Illinois at Champaign-Urbana. She attended USA swimming Coaches College at the Olympic Training Center in Colorado Springs. She has served on the Illinois Swimming Age Group Committee,and been a staff member for several age group camps, for Illinois swimming and USA swimming. Prior to coaching at FOX, she coached at several Illinois teams, including Naperville Y, West Chicago Sharks, and The Oak Park Swimmers. Coach Jensen also works as a swim instructor at Rush Copley Healthplex, and for the Otters at NVHS in the summer. 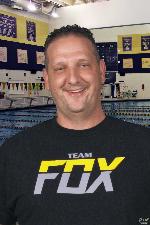 Coach Chad has been with Fox since 2017.  Chad started his swimming career at a young age with the Meadows in Lisle.  When he was older, he joined the Naperville YMCA while swimming at Naperville North.  Later on, he switched teams and swam for BBRY.  While at these team Chad competed at Y Nationals, Jr. Nationals and the IHSA State Meet.  His swimming accomplishments during that time were winning the IHSA State 100 free twice, Y Nationals 100 free champion and 100 Fly Jr. National champion.  Also, during that time, he helped lead his high school to their first state championship in 1996.

After swimming at Michigan State Chad started coaching in 2001 at Benet Academy.  From there he moved over to Waubonsie Valley High School and became the Head Coach for the Boys in Swimming and Water Polo.  He helped coach his team to two 4th place finishes at the IHSA State Finals for swimming and 3 sectional finals for water polo.  After becoming a teach in Physical Education in Joliet Chad stopped coach and became an he officiacal for swimming and water polo. After a few years Chad went back to coaching at HealthTrack then later on becoming the Head Age Group Coach at Hornet Age Group Swim Team.  Since coming back to Naperville to coach Chad is the Head Coach for Boys Water Polo at Neuqua Valley High School and Fox Lead 11-12 Waubonsie/ 13-14 and Senior Assistant Coach.  During the day Chad spends most of his time with his wife Amy, and two children. 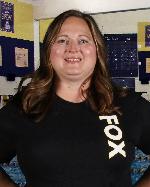 Coach Ashley has been coaching with Fox Valley Swim Team since 2010. She currently is the Lead Coach for the 8 and under age groups and assists with the 11/12 Team Development Group (Neuqua). She previously coached with the Joliet and Morris Stingrays out of Joliet/Morris, IL and the Carmel Swim Club in Carmel, IN. During the summer she coaches for the Breckenridge Breakers in the Naperville Swim Conference. Her philosophy in coaching is making sure that the fundamentals of the strokes are mastered before bringing in more challenging things to add on. But of course to make sure that the swimmers develop a love for swimming and have fun! She is very excited to be coming back this year and cannot wait to meet the swimmers! 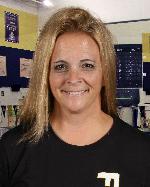 Sixteen years ago when Gretchen came to the FOX Swim Team, she never imagined the amount of growth Fox would have in the number of swimmers nor the amount of success the swimmers would have experienced over the years. That's what great about imagination- it's limitless and allows for lots of surprises. She had been the assistant coach for the 9-10 year olds for 11 years and is now the lead coach for Team Development 9-10 at Neuqua for the last 5 years. This especially means a lot to her because it is the age group that she began swimming competitively. It was also the age group she met a fellow swimmer who would eventually become her husband and is also a fellow FOX swim coach.  The 9-10 age group is a wonderful and exciting age group to be apart of on the FOX Swim Team.  The focus is on fun in learning as swimmers progress through drills on their way to becoming efficient swimmers.  One of the greatest joys about coaching is watching the swimmers’ growth.  With 9-10 year olds, that means growth both in height and ability!  She looks forward to seeing the 9-10 year olds continue to advance through the FOX swimming program. 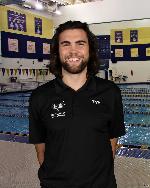 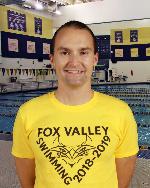 Andrew has been coaching with Fox Valley Swim Team since 2014 and has been coaching park district/summer league swimming in the west suburbs since 2006. While growing up in the Aurora area, Andrew swam for the Aurora Sharks Swim Team as an age group and senior swimmer as well as for the Waubonsie Valley High School team while in high school. Andrew completed his undergraduate coursework at Bradley University and ultimately received a graduate degree from Eastern Illinois University. During this time Andrew gained experience through instructing swim lessons and working with students on early stroke development.

Andrew believes in a process focused approach to coaching. This involves developing a mindset in athletes to encourage habits that enable skill building, hard work, and progression through the larger team. He also believes that teaching athletes how to manage non-swimming variables that impact performance (i.e. goal setting/maintenance, emotional control, forming positive relationships with teammates, and being diciplined) is important and necessary in the development of an effetive athlete. These skills have positive implications for swimming, but also enable the potential for athletes to use these skills to find success in life. 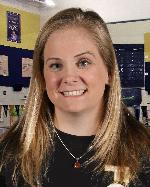 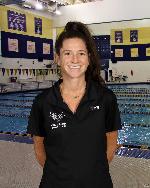 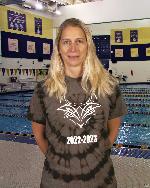 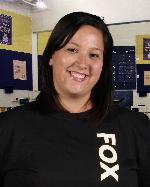 Crystal has been coaching for Fox since 2012. She has coached 8 and unders,9/10, 11/12, and all team development. When Crystal is not coaching, she is a special education teacher in the West Aurora school district. 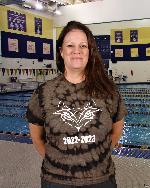 Coach Rebecca just started working with Fox this year. She has been coaching swimming for four years, and, prior to that, she was a certified Special Education teacher and private behavioral therapist. Coach Rebecca leads her athletes with patience and creativity. She believes that maintaining highly defined expectations and good communication with the athlete and their family result in the athlete's ability to learn and excel. Coach Rebecca promotes inclusion and teambuilding skills to give her swimmers a sense of unity and team spirit. She is currently assisting with the 9/10s and 11/14s at Waubonsie. 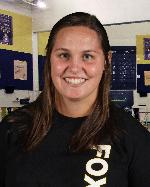 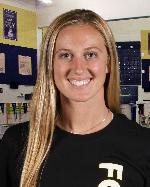