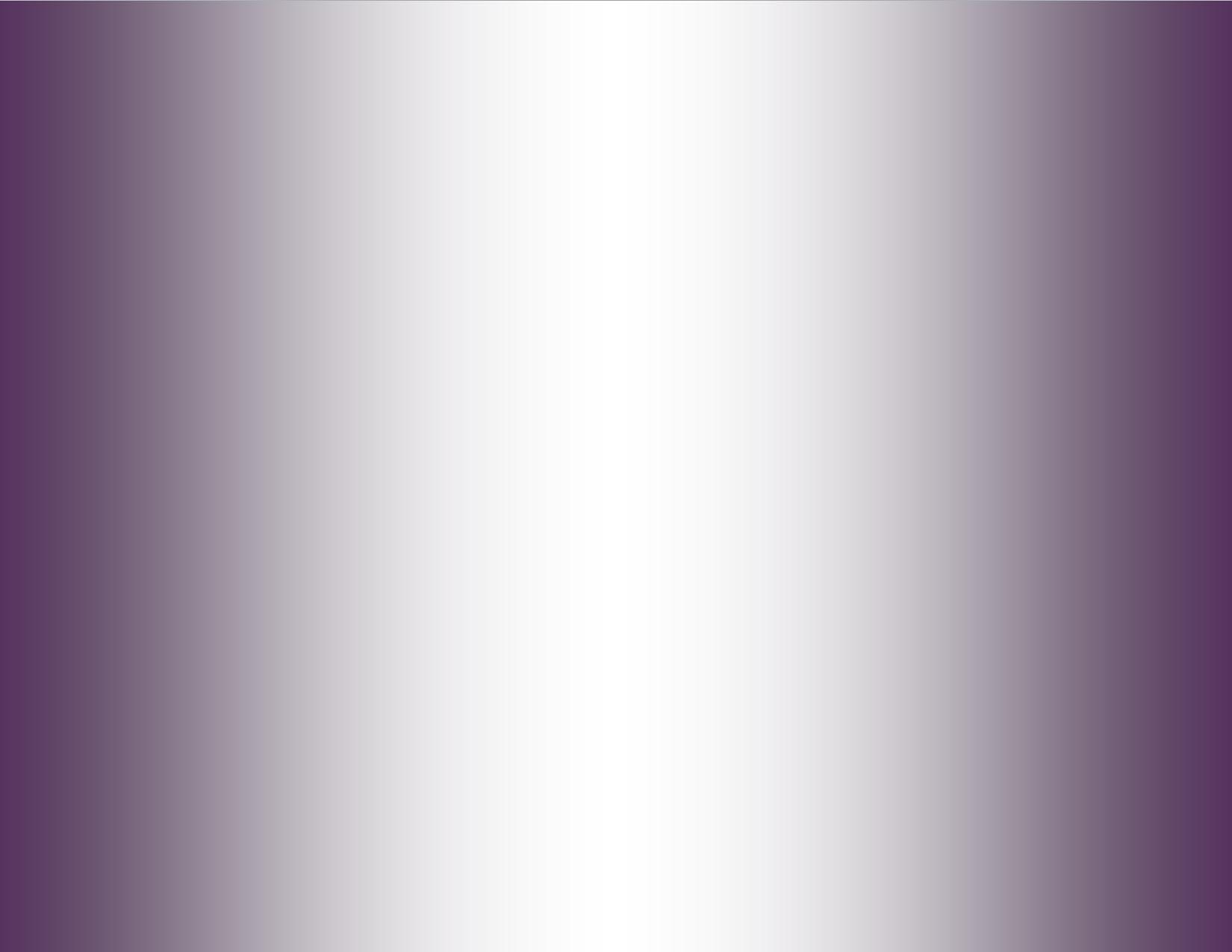 Alessio has been professionally coaching for almost 20 years; previously he was a competitive swimmer ranked 4th in Italy in the 200 IM and 100-200 Breaststroke. In the past 4 years as the NASA Head Coach, the team has broken 30+ State records and 2 National records. Under Alessio's tenure, NASA achieved Bronze Level in 2011 and 2012, Silver level in 2013 2014, 2015, 2016 and 2017, finished in 5th place at the '13 SCY Age Group Champs and in 4th at the '13 JNat's. Previously, as head coach of his former team (Aurelia Nuoto) in Italy, his swimmers achieved medals at regional, national and international level competitions.  Along with a frequent interaction with other head coaches, Alessio had the opportunity to work with, and learn from, Cesare Butini, his former coach, head coach of the Italian National Swim Team.  With a focus on technique, Alessio can quickly assess a swimmer’s level (beginner to professional athlete) and develop drills sequences to help them advance in any of the competitive strokes.  As a certified Physical Ed. teacher in Illinois & Italy, Alessio integrates the fundamental principles of learning through fun and positive attitude in his teaching philosophy.  Alessio is looking forward to using his knowledge and passion to help swimmers achieve their full potential.

Kate grew up in Chesterton and swam for Duneland Swim Club and Chesterton High School, where she held various records and specialized in sprint freestyle.  She was conference, sectional champion, and All-State in many events each year, helping her team remain undefeated.  She was awarded Conference MVP, Team MVP, and Senior Athlete of the Year as a senior and qualified for Senior Nationals beginning in her junior year.

Kate attended the University of South Florida and then Eastern Michigan University on swimming scholarships. Unfortunately, illness forced her to stop swimming for several years.  Eventually she returned to swimming as a Master’s swimmer, where she was ranked nationally in the top ten for many years in the 50, 100, and 200 freestyle. She earned her bachelor of science degree from the University of Texas, Arlington, in biology and geologyand her Master's in Sport Management from Indiana State University.

Kate began her coaching career while still in high school when she became an assistant coach for Duneland Swim Club. While working on her degree at the University of Texas, she became Head Age Group Coach of the Irving Swimmers in Irving, Texas. Since that time, she returned to Chesterton as an Assistant Swim Coach for both Duneland and Chesterton High School, later becoming a coach for  the Chicago Park District, then as Head Coach of Portage Porpoises in Indiana.  In addition to coaching, she has over twenty year's of experience as a learn-to-swim instructor. Kate has a son, Calvin, and a dog, Odie. 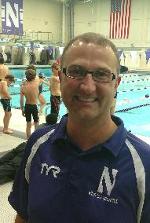 Jeff started swimming competitively in Minnesota when he was 13. He competed in club and High School where he placed at state in both. After high school he went to Colorado School of Mines where he received a scholarship to swim and in 1995 graduated with a BS in Electrical Engineering. During his 5th year at CSM he worked as an assistant coach and helped lead the team to their first conference championship in 8 years. He then worked in R&D as an electrical engineer for three years before realizing that coaching was what he really wanted to do.
In 1998 Jeff began his coaching career in Colorado and moved to Illinois in 2003. While at New Trier Swim Club he was the Head Age Group coach and a Lead Senior Coach. He was the Head Coach for the Rockford Marlins and the Head Senior Coach at Barrington Swim Club. Throughout his years coaching he has worked with all levels of athlete from novice to national qualifier. He has developed multiple age group state champions, state record holders, regional qualifiers, age group championship qualifiers, senior championship qualifiers, Zone qualifiers, Jr. National qualifiers and National qualifiers.
Jeff is also a former professional triathlete retiring in 2005. He focused>
Jeff Frydenlund (c)815-519-8772 jmf_tri@yahoo.com

Jeff began swimming at the age of 5 for the McGaw YMCA Swim Team. After a brief hiatus of swimming in middle school Jeff realized that he was much more successful at in-water sports and swam for the Leaning Tower YMCA through high school. Almost immediately after graduating high school he began coaching for NASA while he attended UIC, and has been coaching ever since!
Taking the skills learned from coaching> 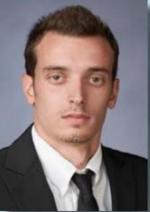 Giacomo studied and swam at University of Nevada, Las Vegas (UNLV) where he broke and still holds the 200-400IM and 800 free relay school records. He was able to qualify to the fastest SCY meet ever (NCAA Championships) twice (2013 & 2014). He still owns the Mountain West Conference and Mountain Pacific Conference records in the 400IM.

He won multiple junior national titles in Italy in the 200-400IM and he earned a spot in the Italian Junior National team for the 2008 European Junior Championships and for the Latin Cup in Argentina where he placed second in the 200IM.

Giacomo was also the Student Assistant Coach for the University of Nevada in the summer of 2014 where he oversaw mid-sprint, distance and IM training group facilitating technique and specific skills training regularly. Giacomo also coached in Italy (Como) where he designated and implemented specific training programs for a group of seniors and master swimmers.

He graduated with a degree in Multidisciplinary studies in Business Management & Hospitality.

Joe is enjoying his 6th year as a NASA coach, but has been teaching swimming to people of all ages and abilities for nearly three decades. In addition to coaching NASA developmental swimmers, he also works with adults, teens, and children who are at the beginning level. Joe has also been a regular morning lap swimmer for many years.

In his other professional life, Joe works for a company that services association professionals. In his free time, he enjoys bike riding and checking out the swim facilities wherever he travels.

Phil Andrew, has been swimming, teaching and coaching aquatics for over 25 years. Prior to NASA, he taught and coached at  Skokie Country Club, the University of Illinois, Regina Dominican High School, Lawrence Kansas Masters Swimming, New York's Badger Aquatics Club and New York's Westchester Aquatics Club.  Phil captained the Loyola Academy Swimming and Water Polo teams receiving All State Team honors and was inducted into LA's Athletic Hall of Fame. He attended the University of Illinois on an athletic scholarship where he was twice Captain of the Illini Swimming Team and helped set relay records that stand today!  At Illinois, Phil received the George Huff Academic/Athlete Award, was nominated for the NCAA Valor Award and received a Congressional Award for Heroism and Bravery.  Phil continued to play club water polo locally and internationally while attending DePaul University College of Law and practicing law  in Chicago.  He makes a point of getting in the water wherever his work takes him. His love of the water and water sports is evident in the enthusiasm he brings to  working with swimmers of all ages from learn-to-swim, elite competitors to the adult triathlete and open water swimmer. He still competes in US Masters Swimming, open water races, Swim Across America and the occasional triathlon. Phil is committed to each athlete's personal development through a focus on technique and positive feedback. 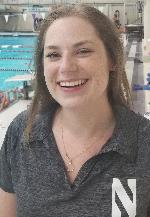 Alex began swimming in eighth grade in a small town in Michigan. She continued her swimming career throughout college at Missouri State University as a 100-200 Breaststroker while obtaining her Mathematics degree. While attending MSU, she started teaching lessons for Missouri State Aquatics. It was during that time that she realized her passion for teaching others to swim.
After finishing school, Alex moved to Chicago and began her coaching career in 2010 with Chicago Blue Dolphins as an instructor and Masters coach.
In 2011, she began her six year stay with Highland Park Aquatics Club (HPAC) where she worked her way through the ranks from Assistant Coach to Head Age Group Coach. During her time there she developed several Illinois Regional and State swimmers/champions as well as Central Zones swimmers.  Alex has experience working with every level of swimmer from very beginner to elite, young children to adults, and  believes that swimming should always be fun.  As a technique based coach, you'll see her making corrections to swimmers' form and challenging them to make changes in creative ways.

Katherine has been swimming for most of her life, starting her competitive career at the age of 6 on a Michigan summer league, and making the transition to year-round swimming in Kentucky when she was 9. She joined NASA as a swimmer in 2001, and she has been involved in the club as either a swimmer or a coach ever since.  Katherine’s first experience coaching came at New Trier, where she was a captain of the girls’ swim team, giving lessons through the NT Guard program. In college, she took a two-year break from swimming to play other sports, but she was drawn back to the pool and competed for Macalester College during her junior and senior year, representing Mac at the MIAC conference. She joined NASA as a coach soon after finishing her undergraduate degree.

Katherine loves the time she has been able to spend on deck as a coach. Even though she has come and gone over the years, exploring other jobs and locations and even getting an advanced degree or two, she always looks forward to being back on her home deck, sharing her love of the sport and helping our swimmers to grow as both athletes and people.

Brian swam for NASA Wildcat Aquatics from 2001-2013. He was part of NASA’s 2009 13-14 Boys National record setting 4X100M freestyle relay. He attended New Trier high school, where he had the pleasure of being on the state championship winning teams in 2012 and 2013. He went on to study Business at Carnegie Mellon University, where he holds the record in the 100Y Butterfly. He has returned to coach at NASA Wildcat, as it has been a home for him for such a large part of his life 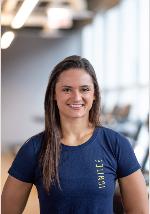 Lauren swam at the University of Nevada Las Vegas for the Runnin’ Rebels (2012-2016) where she received her B.S. in Kinesiology. After moving to Chicago in 2016, she earned her M.S. in Kinesiology focusing on sport psychology. Along with coaching for NASA Wildcats, she is a program manager for the LulaFit wellness company and specializes in strength and conditioning as a CF-L1 coach and personal trainer at River North CrossFit.