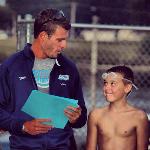 As the Tipton Community Schools Aquatics Director, Steven began coaching for Power Aquatics Swim Club in 2012, returning the club to its original founding location after an extended absence. As a graduate of Ball State University’s Aquatics Degree Program, having earned a B.S. in Exercise Science, Aquatics with two minors: Aquatic Administration and Teaching Aquatics, Steven has expanded the comprehensive inclusivity and exposure of aquatic sports, safety, and recreation to the Tipton and surrounding communities for over a decade.

Having begun his coaching career in 2008 with the sport of competitive diving, Steven grew into the roles of Assistant and then Head Coach of Tipton High School & Tipton Middle School. Within several year and as a result of Power Aquatics Swim Club, Tipton's competitive swimming and diving program has continued to grow and improve, producing a Hoosier Conference Championship, MIC Championship, multiple individual conference champions, numerous school record performances, regional, and state qualifiers. Coach Thompson was awarded the National Swimming Pool Foundation Scholarship in 2010 and Carmel Boys Sectional Coach of the Year in 2018 and 2020.

As an active community member, Steven was selected to represent Tipton County as one of seventeen torchbearers during the Indiana Bicentennial Celebrations. Steven also serves as a Tipton Municipal Utilities Service Board Member and as the Tipton City Pool Aquatics Director/Pool Manager, previously having served on the City of Tipton Park Advisory Board.

"Confidence is what happens when you’ve done the hard work that entitles you to succeed.” - Pat Summitt 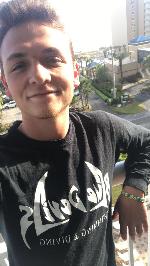 Alex Redd is a graduate of Tipton High School and was an active member in the resuscitation of Tipton Swimming & Diving program. He swam competitively for Power Aquatics Swim Club for 13 years and has been the Tipton Silver Coach since 2017. He loves coaching his swimmers and one of his top priorities is making sure everyone works hard but has fun at the same time. Likewise, Alex is currently enrolled at IUK for his undergraduate studies to pursue a degree with a major in Psychology. 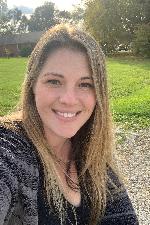 Brittney is a 2009 graduate of Tipton High School and a 2015 graduate of IUk with a Sociology degree. She started swimming when she was five years old. She has swum on various swim clubs throughout her athletic career. Brittney was an important member of Power Aquatics when it was initially founded at Tipton in 2003. Brittney also swam and competed for the Tipton Middle School and Tipton High School Swimming & Diving teams. Brittney began her coaching career under the direction of Head Coach Steven Thompson in 2012 as the Tipton Middle School Assistant Swimming Coach, helping to lead that team to its first winning record in over ten years and its most successful season on record. Brittney became the bronze coach the summer of 2013. Since then, Brittney has also assumed the High School Assistant Swim Coach position. Brittney anticipates many of her Bronze-level swimmers excelling in the sport of swimming and enjoying the lifelong learning benefits associated with it

Lindsey started her coaching for Yorktown Swim club in 2004 along side, the well respected and talented Jay Agnew.  When she moved to Indianapolis, she coached for her past club coach and friend, Jason Lancaster with his Power Aquatics in Tipton.  When Jason expanded PA-IN to the Warren area, Lindsey took over as the head coach of North Side Power Aquatics.  She has also coached the Hamilton Heights High school teams for the past six years and Middle school team for the past 5 years. She was honored as Sectional Coach of the year at the Carmel 2009 High school sectional and was selected to coach  Indiana Swimming for the 2009 Zone team as the 15 and Over Coach. Lindsey also has coached the Mid-West Open Water Camp 2008-2010, and the Age Group Elite Camp Spring of 2010. She was the Head Coach for the Indiana swimming's "Catch the Spirit Camp" April 2011, and Coached the Age Group elite camp May of 2013.

Lindsey swam for Hamilton Heights High school, where she set many school records, and for Noblesville swim club for 11 years.  She continued her swimming career at Ball State University till 2004.

Lindsey’s coaching style reflects a belief that dedication, determination, mental toughness and being a good teammate are critical to making children not only better swimmers, but better people as well.

She is married to Robbie Lawson and they have 2 cute pugs, Macie and Lola.  The newest addition to their family is their daughter Eliza born this past August 2014. Coach Brent was thrilled as he says its the best date for a swimmers birthday to be :)