Nichole Gaines is the Head Swim Coach for the Rockford Marlins Swim Club. Coach Gaines brings a wealth of experience to her role with the Marlins. Prior to joining the Marlins in 2016, she was the Head Coach of the Belvidere YMCA Barracudas, where she managed the age group swim team and grew the team to 91 swimmers. During her tenure in Belvidere, she and her staff coached 24 swimmers to State Championships and 18 swimmers to Regional Championships, with several placing in the top 10 at those meets.

Coach Gaines believes in communication, enthusiasm, and engagement with all swimmers in order to create an environment of unity through hard work and fun. As a former Marlins swimmer herself, she is proud of the rich history behind the Rockford Marlins Swim Club, and she is excited to help the team continue its legacy.

Will Zerey grew up in São Paulo, Brasil and began swimming competitively at a young age. As a swimmer, he specialized in the 100m and 200m breaststroke, and in the 400m and 800m distance freestyle events. In High School, Will was named captain of his swim team; he also placed fourth in the 100m breaststroke at the State Championships his senior year. Will continued his swimming career through his sophomore year at the Universidade Federal de São Carlos before moving to the U.S. to finish college.

While living in Brasil, Will coached a wide skillset of swimmers with Aquática Swim Club, where he assisted in developing a specialized training program for competitive meets. In addition, he both played and coached club soccer for many years. A fun fact about Will is that he is fluent in English and Portuguese, as well as proficient in Spanish. With his enthusiastic personality and passion for the sport of swimming, Will makes a positive impact for the Rockford Marlins.

As an Assistant Swim Coach for the Rockford Marlins, Coach Will works primarily with the Age Group and Senior swimmers.

Traci Torbert has been coaching girls and boys swimming for over fifteen years. She started in 2001 as an Assistant Coach for both the Girls and Boys swim teams at Belvidere High School. In 2009, she became the Head Coach of the Belvidere North Girls and Boys Swimming & Diving team. In 2011, her role shifted to Head Coach of the Belvidere Co-op Girls Swimming & Diving team, a position she still holds today. Traci also served as an Assistant Coach for the Belvidere YMCA Barracudas Swim Team for four years, beginning in 2013, and has organized and coached the Belvidere Stroke Clinic since 2011.

When Traci took over as Head Coach of the Girls Swimming & Diving team in Belvidere, the program had perennially finished in the bottom of the NIC-10 Conference. Since that time, Traci’s stewardship has transformed the team into one of the conference’s top programs – winning back-to-back Conference and Sectional titles in 2014 and 2015. She has coached state qualifiers every year since 2010, with three swimmers qualifying as All-State. Traci was named NIC-10 and Sectional Coach of the Year in 2012, 2014, and 2015.

Traci knows that while every successful program needs top performing swimmers, to build a championship program you need depth. That is why Coach Torbert knows that the growth and development of every swimmer is important. In addition to coaching for the Rockford Marlins and Belvidere Co-op, Traci Torbert is a teacher at Belvidere North High School. 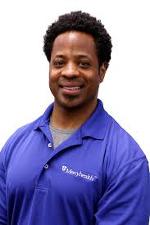 Coach Bailey has been recognized as the area’s most notable performance specialist. His credentials include training some of the area’s top high school, college and professional athletes in all sports.  Top Performers was founded in 2006 by Tim Bailey.

Their objective is simple but effective: decrease potential injuries and optimize athletic performance. They are here to help you emerge as a Top Performer within your sport. At Mercyhealth Top Performers, every athlete is our priority, no matter your age or skill level.

Top Performer's Mission — To most effectively enhance athletes’ athletic performance by using scientifically supported methodologies in order to succeed at the highest levels of athletic competition.

Top Performer's Vision — To continually provide effective programs that will enable our clients to be at their daily best, either in sport or in the workplace.

Coach Rachael graduated from University of Wisconsin - Whitewater with a Bachelor's Degree in Communication and holds a Master's Degree in Education from Rockford University.  She is currently a 4th grade teacher at McIntosh Elementary School and has taught in the Rockford Public School District 205 for the past 11 years

As an Assistant Swim Coach for the Rockford Marlins, Coach Rachael spends most of her time with the Juniors swim groups as well as Age Group Level 1 and Seniors Level 1.