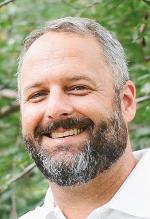 Darrick comes to Westfield from Carmel Swim Club and Carmel High School, where he served as the Head Age Group Coach for the club and an assistant with the High School.  Under his leadership his swimmers have broken over 25 club and over 10 Indiana Swimming Records.  He has produced multiple top 10 ranked swims and multiple number 1 ranked swims nationally.

Darrick previously coached at Race Aquatics in Bowling Green, Kentucky, where he served as Head Coach from 2012-2014. Prior to Race Aquatics, he was as an assistant coach at the storied Nashville Aquatic Club from 2010-2012.  Coach Thomas is not new to Indiana, having been the Head Coach for Zionsville Swim Club from 2005-2010.  In addition, Darrick has coached at the USA Swimming Gold Medal Club Lakeside Seahawks, and has collegiate coaching experience with Western Kentucky University.

Darrick brings a wealth of knowledge in all aspects of the sport. As both a lead and an assistant coach, he has had remarkable success at all of his previous coaching positions.  Over his career, he has led swimmers to the United States Olympic Trials, as well as developed individual Age Group Champions in Kentucky and Indiana. Regardless of age or ability, Darrick has demonstrated the capability to improve athletes both in and out of the pool.

Darrick currently lives in Carmel with his wife Jen, and their children Kiarra, Garreth, and Alden.

Garrett comes to Westfield by way of Arena, Franklin Regional Swim Team and Avon Community Swim Team. He started his coaching career as a developmental, and divisional level coach at ACST. There he helped develop multiple swimmers into divisional and state level swimmers as well as introducing newer swimmers to the world of competitive swimming.

After ACST Garrett joined FRST as head age group coach. While with FRST he coached multiple divisional, state, and zone champions and helped guide FRST to 3 straight top 5 finishes at Indiana age group state. He also helped coach the Indiana zone and mid-states teams for back to back years and was nominated for age group coach of the year.

Garrett took a brief hiatas from swimming to experience the business side of swimming by working for Arena USA, however his drive and passion for coaching would never go away and thus he is making his return to coaching with Westfield Aquatics. He looks forward to helping build a club that will compete at the highest levels in our state for years to come.

Lori joins the Westfield Aquatics team after moving to Indiana from Hawaii.  While there she continued her competitive swimming in the open water arena.  She competed in more than 15 long distance open water races and the North Shore Swim Series.

Prior to open water swimming, Lori was a competitive swimmer from grade school through high school and earned a place swimming for Div I, California State University, Fresno.  After graduating and earning her certifications in elementary and middle school education with a focus in Physical Education, she coached numerous swim teams from Age-Group to High School to Masters. 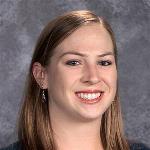 Alissa’s love of swimming began as a high school athlete in Kalamazoo, MI. While swimming for her high school team, she worked as a swim instructor at the Kalamazoo YMCA teaching ages 6-60 years. After graduating from high school, she attended Central Michigan University where she continued teaching swim lessons through University Recreation on campus. While at CMU Alissa volunteered as an assistant coach for the Mount Pleasant High School Girls’ Swim Team. She also worked as an assistant coach for Mount Pleasant Pacers, the local age group swim team. After graduating from CMU, Alissa continued coaching as a volunteer assistant coach for Calumet’s Boys & Girls High School Swim Team while teaching at Calumet New Tech in Gary, IN. A year later, Alissa found her way to central Indiana teaching at Irvington Preparatory Academy in Indianapolis, IN. Unfortunately, Irvington did not have a swim team for Alissa to coach. However, that didn’t stop her from continuing her own swimming as she can’t seem to stay out of the water for too long. After four years at Irvington Preparatory Academy, Alissa was hired at Westfield Middle School. She has been at Westfield for two years and loves the school and the community. Alissa is thrilled to be a part of Westfield Aquatics and have the opportunity to coach again.