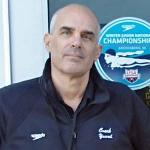 Head Coach Charles Yourd helps WAVES athletes of all ages improve and become the fastest they can be.  WAVES head coach since August 1998.

Coach Yourd is certified by the American Swimming Coaches Association (ASCA) as a Level 5 coach, ranking among the top 2% of ASCA member coaches.

Coach Yourd contributes to a positive training environment of happy, inspired, hopeful, interested, improving athletes...who love to come to practice, and who ask to do more!

Interested in how your child can benefit from the WAVES System?...Contact Coach Yourd.  "I love meeting new people and discovering what they are looking for. Let's get to know each other and have fun learning how I can help you."

The WAVES system provides a proven pathway to higher levels. Some of our achievements since 1998:

Prior to becoming the WAVES Head Coach, Yourd was an assistant coach with the National squad at the Santa Clara Swim Club, learning from International Swimming Hall of Fame Coach Dick Jochums, and helping them to the 1998 USA Swimming National Championship men's team title.  Athletes in Yourd’s middle distance group at Santa Clara included Tom Wilkens, 2000 Olympic medalist (200 IM) and 1998 USA national champion (200 BS); Tate Blahnik, 1998 ranked 30th in the world (200 BK), and two teenage girls who were sub-1:59 in the 200 yd IM.

As an athlete, Yourd swam at the University of Michigan for USA Olympic Head Coach, Gus Stager.  After being hooked on the sport by coach Rick Han, Yourd was coached as a young swimmer by Olympic 1500m freestyler, Bill Farley (4th at 1964 Tokyo Olympics); by NCAA D-I championships 1650 freestyle finalist Jack Daly; by National High School Team Champion coach Dennis Hill, and by ASCA Hall of Fame coach Jack Simon.  Coach Yourd's vision of the sport was formed by age 8 via his interaction with members of the Ann Arbor Swim Club's 3rd place AAU Nationals women's team coached by RoseMary Dawson (daughter of Matt Mann, 'The greatest coach who ever lived.')  He first purchased and read a swim coaching book at age 13.

Coach Yourd is a graduate of the University of California, Santa Barbara, with a BA in Economics. In his spare time he enjoys reading out-of-print history books and gardening. 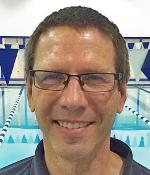 Scott's hometown is Dana, Illinois, and in his youth he swam for Streator YMCA. He has 35 years experience coaching local swimmers of all ages.  With the WAVES from 2015, and previously from 2008-2012, and in the 1980s.  Since 2007 he has coached the IWU masters team.  While attending the University of Illinois he served as Manager of the varsity swim team.  Scott is a graduate of the University of Illinois with a B.S. in Ag Economics.  He is a math tutor and in demand as a substitute teacher in math subjects.  With his wife Kristin he has two children, Alison and Tommy, both former WAVES team members, and three dogs. 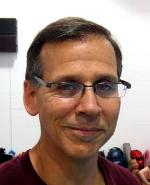 Paul coaches the Level 1 - Discovery squad.  A WAVES coach since 2010. "My primary goal: helping swimmers acquire the foundation to succeed when they move up to their next squad."  Previous experience: Head Coach of Marlins swim team (2009 season) and age group coach with Marlins since 2006.  Paul ran cross country in his youth for the Southern California Road Runners club and was a member of their national champion team in both the 11-12 and 13-14 age groups.  He graduated from Cal State San Bernardino, served in the Air Force Reserves, and is currently a Technical Analyst - Fraud for State Farm.  Paul has four children, two sets of twins. 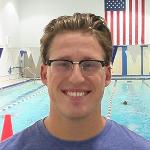 Justin is a former WAVES athlete, Junior Nationals competitor, and team record holder.  He has one year experience as a scholarship athlete at Cal Poly San Luis Obispo, and broke team records in the 100 BF and 200 BF.  Justin joined the WAVES coaching staff in August 2019 after three years experience coaching with Puma Aquatics, San Luis Obispo HS JV girls, Harvard swim camp, Longhorn swim camp, and Stanford swim camp.  He received a B.S. degree in Kinesiology with a focus in Exercise Science from Cal Poly in 2019.  Outside of work he likes to run, fish, and watch the occasional cooking show.  He also enjoys a good book now and then.