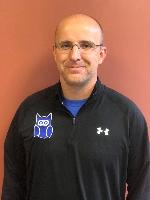 Coach Jon is the Director of Competitive Aquatics and Head Coach for the B.R. Ryall YMCA Swim Team.

A lifelong swimmer, Jon swam for Western Kentucky University before becoming a swim team coach. He has more than 20 years of coaching experience—working with novice to elite level athletes, and has been with our team in different coaching capacities for a total of five years. A number of his swimmers over the years have qualified for U.S. Nationals, Junior Nationals, Open Water Junior Nationals and Y Nationals; as well a one USA Paralympic National Team member. 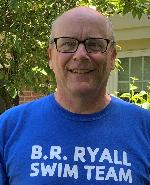 Coach "J" has been a member of the B.R. Ryall YMCA Swim Team coaching staff for five years.

A lifelong swimmer, Tim started his competitive swimming career as a child with a Boys & Girls Club. Tim was a five-time Prep School All-American at Deerfield Academy, and went on to swim for Bucknell University. Today he competes as a Masters swimmer and is a three-time National Champion in his age group.

Tim carries the values that he learned as a young swimmer with him today, and feels lucky to have an opportunity now to share those values with young swimmers to help them be the best athletes and individuals that they can be. 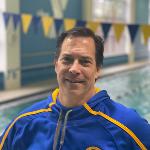 Coach Dave loves the sport of swimming. He began his own competitive career at age 7 and continued to swim all the way through college at Northern Illinois University. A standout swimmer, Dave holds three Mid-American Conference (MAC) records: (2) for the 100 Fly and (1) in the 50 Free.

Dave has been an integral member of the B.R. Ryall YMCA Swim Team coaching staff for more than 15 years. A love of swimming is shared by the entire Sivak family. His wife Katie coached and continues to support the team in countless ways, and their three children grew up swimming on the team and swam throughout their college years. Brian and Erin both swam for and served as captains of UIC's team, and Danny currently swims as a junior at UIC.