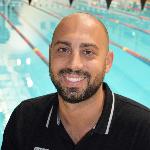 After taking on the responsibility Interim Head Coach in January 2019, KING Aquatic Club welcomes back Milorad “Milo” Cavic in his second season with KING, as Head Coach.

Milo's swimming resume is too long to list here but fans will know that he is a Cal alum and four time Olympian - 2000, 2004, 2008, and 2012. At the Beijing Olympics, where he earned a Silver medal, Milo was a central figure in what is still considered one of the most epic races in Olympic history.

His coaching career began with the conclusion of the 2012 Olympic Games. He has coached every level from beginners to professional athletes. He attributes his coaching philosophy to his mentors of 19 years, Dr. David Salo, Andrea di Nino, and Mike Bottom, with a focus on technique, organic development, teamwork, and keeping it interesting. 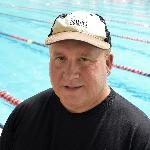 Coach Anthon (born in Denmark) joined KING in January 2017 to assist on deck with the entry-level groups. His background includes over 18 years in Aquatics, 3 years head coach for summer league, and coaching Masters. In April 2017, he was promoted to Age Group coach in Covington. His passion for team bonding and ensuring each of his swimmers is prepared for their meets, including his two KING swimmers (Tamar and Kai) has shown his dedication to KING Aquatics.

In September 2019, Anthon became the Lead Age Group Coach and General Manager of KING bringing his 25 years as a manager and business owner experience to KING. He is motivated by pride in this Club and his swimmers. His motto, "every swimmer, no matter the level, deserves our professionalism, drive, and passion for this sport but never forget that it is the work given that shows the results. Never forget to push every moment and every breath to achieve your goals...and that this Club, these groups of swimmers and parents are simply, one big family"

In his spare time, he is a father first, husband always, coach all his life, cook, and a person who finds time to build or create new projects in between it all. 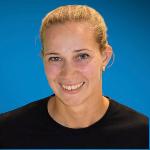 KING Alumna and Olympian Svetlana "Svet" Karpeeva has been swimming at a competitive level for nearly two decades. She has an illustrious track record of accomplishments ranging from being an Olympic semi-finalist in 2008 and four-time World Cup gold medalist to holding the title of Russian National Champion five times over. Her career also has a strong emphasis on education, with coaching experience at numerous swim schools both in Russia and the US. With post-graduate work in physical education and sports training, she complements her swimming achievements with 13 published articles in scientific journals and students winning titles around the world after training under her leadership. The powerful combination of personal swimming excellence and academic achievements make Svetlana a uniquely valuable asset to King Aquatic Club. 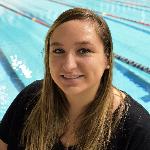 Coach Tori joined KING when she was 8 years of age (2002-2009, last name was Schermacher). She then swam for Decatur High School in Federal Way for 4 years and was captain in her Junior and Senior years.

After high school, Tori graduated with her bachelor’s from Central Washington University and went back to her first love of swimming soon after. She started by volunteer coaching for her former high school (2017) and soon after was hired on by the Federal Way Public Schools as an official swim coach. Starting as an assistant coach for the district including a local summer league team (2018), Tori was asked to be the Head Coach of the boys and girl’s programs for one of the local high schools (2018-Present) as well as head coach of a local summer league team (2019-Present). In her two years as head coach she has been awarded the Team Sportsmanship Award (2019), the NPSL Olympic Division Coach of the Year Award (2020), and has had two back-to-back undefeated seasons with her boys’ teams (2019 & 2020).

Tori was hired on with KING September, 2018 where she has taken on the role as Pre-Senior 1 coach and has helped several swimmers achieve their goal of making it to Champs and Regionals. Tori is an (extra) creative coach who loves to go the additional mile to help make the KING swimmers have a positive and rewarding experience.

Aside from coaching, Tori swims for Blue Wave Masters 2-3 times a week and loves being able to inspire her swimmers by showing them that no matter how old you get, you are never too old to love the sport of swimming!

Roman has been doing swimming since he was 6 years old. His best achievements so far are medals at Russian National Championships (2011-2014) and Russian Cup (2014). He was also 4th at World Cup in Moscow (2015) and won a couple of International Swimming Meets in Spain (2012) and Slovenia (2015). The latest achievement is a silver medal at 2018 Speedo Sectionals, Federal Way, WA. He has graduated from Volgograd State Academy of Physical Culture. Roman is experienced in giving private lessons at the pool and in the gym for kids and adults.  Other than swimming his passion is lifting and developing strength. Roman has a swimming family of his wife and two sons (Sasha and Viktor). 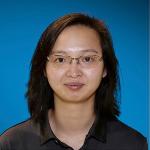 Coach "Joey" started swimming in China at 9 years old and qualified for her first China National Championship at age 14. She swam in high-performing teams in China from 2007-2010 and coached the High-Performing team in the summer. She moved to the United States in 2010. She started to coach again in Oregon (Tualatin Hills) in 2016 but moved back to Seattle in 2018.

Prior to KING, Joey has coached for several swim teams and most recently with Metro Aquatics in Tacoma as the Lead Age Group coach. Her vast experience and technical knowledge with all strokes, makes her a welcome addition to our coaching staff. 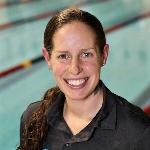 Adrienne joined the swim team at 6 years old and competed with the Holyoke YMCA Vikings from 1990-2002. As Part of their senior group she competed at The Bay State Games and YMCA Nationals. After a few years away from the pool she found Masters Swimming while training for a Triathlon. She fell in love with swimming again and competed with the University of San Francisco Masters Swim Team from 2005-2013 where she competed in many regional and Masters Nationals meets. She then swam one season with the Foothill Community College swim team in 2014 while studying Child Development/Early Childhood Education. Besides swimming, she has competed in Triathlon, Open Water swimming events, and as an Elite Amateur Cyclist in Road and Track Cycling, competing at Track Cycling Nationals in 2012 & 2013.

She has previously coached 2 years for a Masters Swim team in San Francisco where she worked with adult learners through former college swimmers and ran Stroke and Turn Clinics for the group.  She has also worked as an Assistant Coach for a small YMCA age group team in California where she helped focus on proper skills and technique and building base fitness for 7-13 year olds who were new to competition.

Adrienne believes that swimming should be fun, challenging, and rewarding and hopes to bring all those aspects to her swimmers at King. 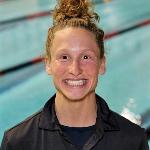 Becca comes to KING with a plethora of experience in multiple levels of performance excellence. She is a force to be reckoned with an eye on the goal of making top-tier athletes. Like our other coaches, she strives for perfection in order to grow a proper foundation that rounds out athlete’s swimming needs. Her expertise in rehabilitation & senior training, sports performance, endurance & functional training for over 8 years brings next-level performance for KING.

Training Philosophy: There is no greater feeling than being whole. Intentional movement fills spaces, fixes chronic issues, relieves pain, and improves performance. It has been my greatest joy to help athletes perform their best, adults move better, and seniors gain resilience. My philosophy is lifestyle improvement and individual adaptation. This looks different at every stage of life and with every new goal! 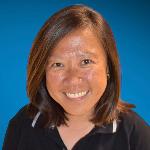