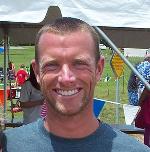 Coach Kevin comes to the Swimchester Sailfish from Transylvania University, where he started their women's triathlon team, an NCAA Women's Emerging Sport and coached the Pioneers to 2nd and 13th place individual finishes at the 2018 Collegiate National Championships. Prior to Transy, Kevin was the head assistant coach at Kentucky Aquatics from 2015-2018 where he was the strength/dryland coach and responsible for the 12&Unders. Kevin has also served as the Kentucky Open Water Zones Team coach from 2015-2019. Outside of swimming, he is also the coach of the Lexington Hippos triathlon team. Athletically, Coach Kevin was a 4-year varsity letter winner at the University of Kentucky (2006-2010) and has been a professional triathlete since 2012. He grew up swimming for the Powel Crosley, Jr. YMCA in Cincinnati, OH. He is married to Callie Snowden from Winchester and they live in Lexington, KY. 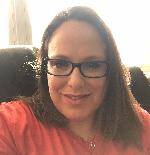 Coach Morgan started coaching for SWSF in the Spring of 2019 and is returning to the Swimchester Sailfish for another amazing season! Morgan teaches kindergarten at Northview Elementary in Montgomery County. She has been the assistant coach for the MoCo swim team since 2017.    She spent her high school and college summers teaching swim lessons and lifeguarding at the Winchester YMCA.   As an athlete, Morgan started swimming year round in 2nd grade at Wildcat Aquatics and finished through her junior year there before going to swim for COLA Aquatics in Richmond her senior year.  Morgan was also on the GRC swim team starting in 7th grade through her senior year.   Morgan was born and raised in Winchester where she and her husband, Darrell, and their daughter, Leah continue to reside.