Head Coach Chris Prator has over 35 years of coaching experience. He focuses his attention on perfection of stroke techniques, racing strategies, endurance athleticism, and balancing busy teen years with a dedication to the sport of swimming. He believes this combination of skills will provide all with a foundation for future success as swimmers, as well as well-rounded individuals in life. Chris has coached and guided many athletes to collegiate scholarships in swimming and brought several swimmers to the Junior and Senior National level as well as Olympic Trials.

Coach Chris has been associated with the Hurricanes for over 30 years. While in high school, he was one of the founding members of the Hurricane Swim Club and was responsible for selecting the name for the team. He swam on scholarship at the University of Southern Mississippi and was a USM graduate assistant while in graduate school. Chris received his Bachelor's degree from the University of Southern Mississippi in Hattiesburg and received a Master's degree in Education from the Northeast Louisiana University (now ULM).

After Graduate school, he coached the USS team at the Metairie YMCA as Head Coach and Aquatic Director from 1985-1996. He then moved to the Northshore as Head Coach of Pelican Athletic Club from 1996-2008 where he founded the team. He returned to coach with the Hurricanes in 2008.

Chris is married to Shannon, who is an RN and also a swim coach. He has two older children, Austin, who swam with HSC and is now a professional photographer, and Brittany, who is an insurance agent. Chris and his family reside in Mandeville, LA.

Shannon has been coaching and teaching swim lessons since 1987 and is a USS certified Swim Coach. She swam year round from age 7 – 18 in Metairie for the Bolts and Metairie YMCA. She received her Bachelor's degree in Nursing from LSU Nursing School. She is a Certified Legal Nurse Consultant and runs her own legal nursing business but considers coaching to be her passion. She and Chris have been coaching together since 1990; first at the Metairie Y while in school and then as Assistant Coach at Pelican Athletic Club from 1997 – 2008. Shannon has been coaching the Hurricanes since 2010 and loves to work with the 12 & Unders and developmental aged swimmers. She believes in positive reinforcement of stroke techniques and challenging, yet fun workouts that foster a love of the sport and encourage children to continue swimming as a lifelong activity. Shannon is also a fellow swim parent with children aged 16 (a Hurricane) and 20 who have been USS swimmers since the age of 5.

Jennifer Kontour-Rice is a former Hurricane swimmer who also attended Delta State University on a swimming scholarship from 1998 – 2000. She received a Bachelor’s of Business Administration in 2001 and also received an MBA from UNO in 2006. Jennifer worked at Wells Fargo as manager, and then moved to Fidelity Homestead as manager, Assistant VP, and Loan Originator. Jennifer taught swim lessons and coached at Crossgates and has three children aged 5, 8, and 4 months. She and her husband reside in Slidell where she currently is a board member of the Junior Auxillary and volunteers extensively with this organization. Jennifer is thrilled to be coaching HSC and loves to share her expertise and knowledge of swimming with the team where she first fell in love with the sport. 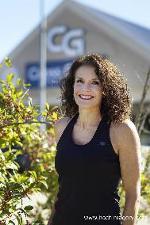 Janet began swimming at a young age starting as a summer leaguer in New Jersey. After moving to Slidell, she swam year round for Northshore Aquatics and was a top athlete in the 50  freestyle events. She was a walk-on at Northeast Louisiana University earning a swimming scholarship after her first year. Coach Chris happended to be coaching there at that time! Janet swam US Masters competitions for many years and is certified in both USS and USMS coaching as well as holds certifications as a USS Stroke and Turn Official. She currently works as a Personal Trainer at Crossgates. Janet has taught swimmers from a very young age to high school swimmers at all levels. She enjoys coaching HSC's littlest swimmers helping them to develop the skills needed to become champions! Janet is married and has two children - Alicia age 20 and Brett age 15. 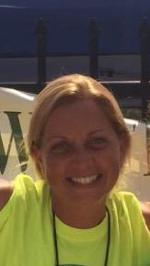 Tiffany started swimming at age 7 in Summer league and competed in high school as well as having been a competitive year round volleyball player.  She became a licensed horticulturist and retail florist spending several years in this industry before moving into the hotel management industry. Tiffany realized how much she missed swimming and competitive sports and has been teaching swim lessons since 1996. She is the Head Coach of the Lake Castle Slidell swim team as well as President and Team Manager for the Pinewood Plantation summer swim team. In addition, she is a social studies, writing and P.E. teacher at Lake Castle Slidell School. She has a daughter who is also an HSC swimmer and coaches at both of our locations at Crossgates and in Covington at Tchefuncta Country Club. Tiffany is excited to coach year round swimming and considers coaching her favorite job. She knows what it takes to be a competitive athlete and strives to instill dedication and enthusiasm for the sport.

Leon Hebert has been a swimmer since age 5 swimming year round and summer league at the Metairie YMCA.  He swam for Rummel High School as well.  He is certifed by United States Swimming and is a WSI certified swim instructor.  He has been teaching swim lessons and coaching off and on since age 16.  Leon has coached all ages from the beginner level to Master's swimmers and currently trains adults at Stone Creek Club in Covington.  He has a Bachelor's degree in Health and Physical Education currently working as an Elementary Physical Education teacher at Lyon Elementary.  Leon loves coaching swimming and strives to always add fun to his workouts believing that kids should enjoy their sport while working hard. Leon is married to Kim has three children aged 14 - 21.

In Memory:  Coach Ed Kelly brought a unique and exciting perspective to the Hurricane Swim Program when he was Head Coach. He believed that each and every swimmer, given the right coaching and motivation, could reach potential beyond expectation. Through his own determination and conviction, Coach Kelly taught each swimmer to set goals and to dream big. The character that was developed in his swim program carried over into every aspect of life, developing the skill and discipline for every swimmer to Be the Best You Can Be.

Sadly, Coach Kelly passed away in July 2013. He will be greatly missed and we will treasure his memory forever. Coach Kelly was the founder of the team in 1977. He also coached the Northshore High School Swim Team for 15 years and his girls’ team won the 5A State Championship in 2008 and 2009. Coach Kelly retired from the military after 26 years of service. He and his wife raised 5 children and had 10 grandchildren.