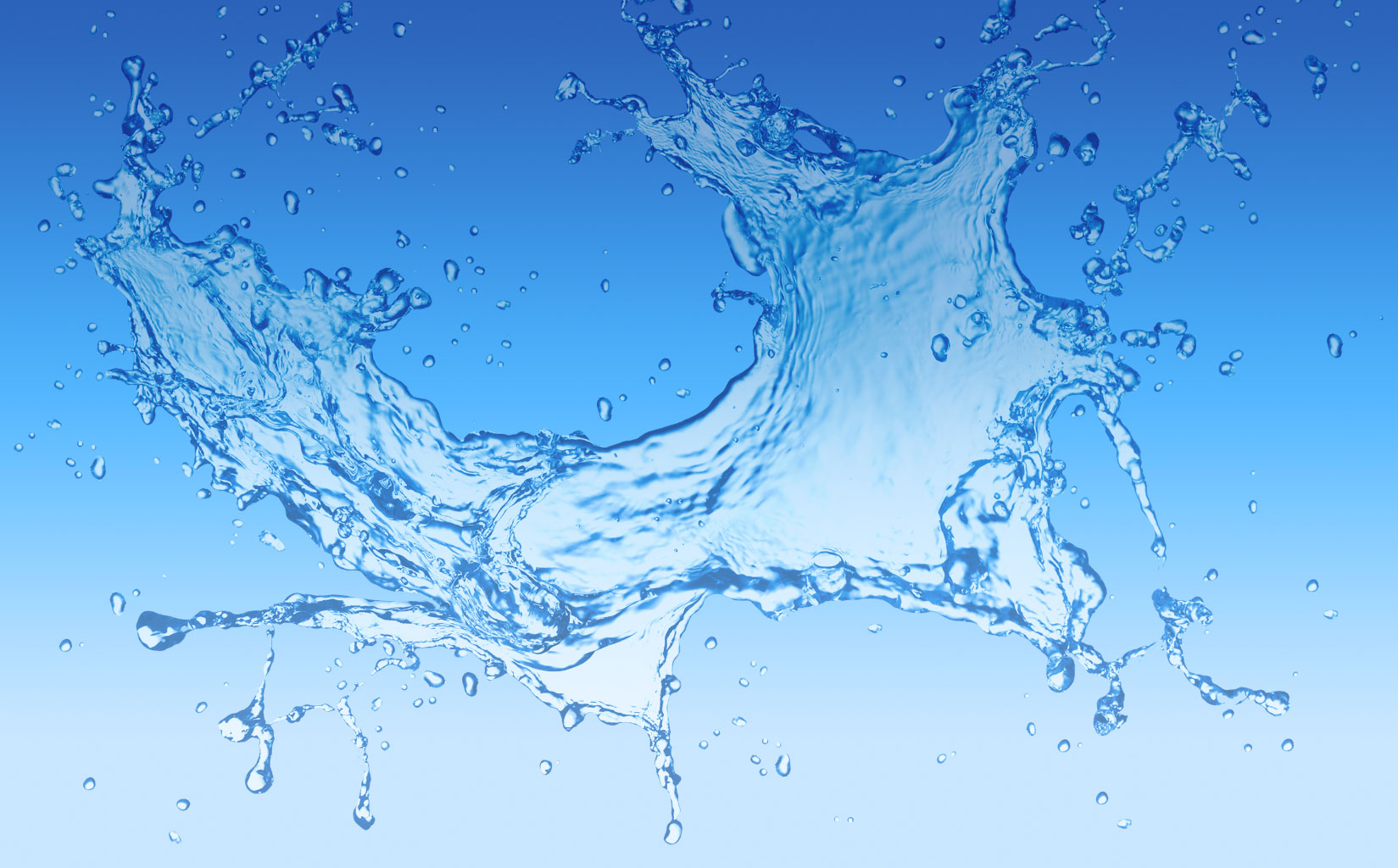 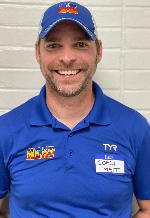 Coach Matt became Head Coach of the Hudson Explorers Aquatic Team (HEAT) in 2005. He is also the Head Coach of the Hudson High School team as well as The Coordinate of Aquatic Director for Hudson City Schools. Matt currently holds an ASCA Level 4 certification. Under Matt’s direction, HEAT has earned the Bronze medal club excellence award the in 2013, 2014, 2015, 2016, 2018, 2019 as one of the top 200 USA swim clubs.

During Matt's tenure the HEAT record books have been rewritten. Since 2005 there have been more than 400 HEAT team records broken during the short course and long course seasons. Matt has led the HEAT to numerous top 3 team performance in Lake Erie.  In 2018 HEAT won its first every Club of the Year award given to the top team in Lake Erie.  HEAT has had several swimmers compete on a National level at the Speedo Sectional meets, USA and NCSA Jr Nationals, Senior Nationals, and Olympic Trials. Matt was voted as Lake Erie Sr. Coach of the year in 2009 and 2018 by his peers. In 2014, one of HEAT’s swimmers (Ross Palazzo), earned a spot of USA Swimming National Jr team.

During his time at Hudson HS the team has broken more than 40 varsity and pool records, 8 State Champions, 1 state record, had 50+ HS Swimming/Diving All-Americans, 60+ Academic All-Americans, and more than 120+ All-Ohio performances.

Matt lives in Hudson with his wife Nicole and two dogs, Tate and Roland. 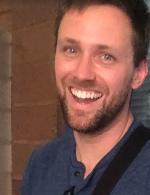 Josh grew up in Canton, OH, and graduated from Canton McKinley in 2006. He attended The Ohio State University where he graduated with a degree in Film Studies and a minor in Music. He also earned a license to teach social studies from Walsh University in 2017.

In his free time, Josh enjoys reading and exercising. He is a diehard Cleveland sports fan and aspires to one day, be a contestant on Jeopardy.' 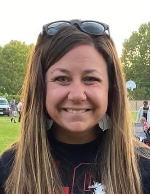 She enjoys coaching all age groups of swimmers and witnessing the amazing goals they can accomplish. Holly began swimming competitively at the age of 5.  She swam competitively for over ten years with the Massillon YMCA Team, Massillon Aquatic Club, and Massillon Washington High School.  As a Massillon Tiger Shark swimmer Holly was a four-year letter recipient and four-year district qualifier.

She graduated from Washington High School in 2004 and went on to attend Kent State University where she studied Early Childhood Education.  She graduated from Kent State in May 2010, has had various positions in schools and is currently a Kindergarten Teacher at Suffield Elementary in Field Local Schools!  Holly is also currently working towards her Master’s Degree in Special Education.

In the summers Holly serves as the Pool Manager and Head Swim Coach for The Country Club of Hudson.  In her spare time Holly likes to swim, run, play tennis, enjoy other outside activities, watch her favorite Ohio sports teams with her favorite pup Bailey.  Go Bucks! 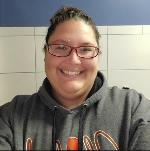 Coach Mal is excited for another great season. You can find her on deck with the Senior, Elite or National HEAT groups a couple times a week. She started working with these amazing swimmers in 2012. She has served as an Assistant Varsity coach with the Hudson Explorers since 2010. Go Boats! During the day, she is a Speech Language Pathologist at Hudson Middle and High Schools. In her off time, she enjoys being outside, watching sports and hanging out with friends.

Bart Kimble is rejoining HEAT after a 5-year hiatus, having previously coached at HEAT from 2008-2012. He is looking forward to getting back to the pool and helping the HEAT swimmers develop both their talent and love of the sport.

Bart grew up swimming in the LE District.  He swam YMCA, USA Swimming, High School and finished up his career at Penn State University where he was team captain his senior year.  He served as assistant coach at Stow High School from 2001-2004 and was named Head coach at Stow from 2004-2008.

Bart received his PhD from Penn State University and now works full-time for The Goodyear Tire & Rubber Co. as a Principal Engineer working on Tire Performance Prediction.  Bart and his wife Deb live in Stow and have two daughters who are currently in college.

Coach Jamie has been around HEAT since she was just a small fourth-grader back in the morning green group practices with Coach Holly and Coach Matt. Jamie swam HEAT through grade school then as she entered high school, became a part of the Boats team. Jamie is a three-year varsity letterman and was a senior captain of the team.

Jamie is a freshman at Kent State University with a major in Art Education and a minor in business. While Kent State does not have an official swim team, Jamie still swims in her free time and also plans to join the club team that practices at her school.

Jamie is incredibly excited to be able to stay apart of the HEAT program and hopes to impact these young swimmers as her former coaches had done for her. She wishes that the love of swimming can be spread to the younger generations and that HEAT can keep growing into an even more fantastic program. 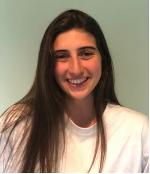 Hi, my name is Gabrielle! I have been a member of the HEAT program since fourth grade, when I began swimming in the green group. I am a 2020 graduate from Hudson High School, and competed as a Boat throughout the four years of my high school career! I am a current freshman at Ohio University, where I am studying biology on a pre-med track. I will also be competing for Ohio University as a member of their swimming and diving program. I am incredibly excited to continue to be a part of the HEAT program as a coach, and look forward to working with all its amazing young athletes! 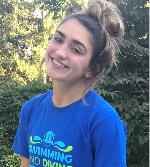 Taylor began swimming in 2nd grade with the Youngstown Neptune’s YMCA swim team.  In 2016, Taylor moved to Hudson and joined HEAT.  Joining HEAT and being a part of such an amazing team allowed Taylor to another level.  Taylor lettered her first three years of High School swimming for the Hudson Explorers and qualified for States in two of those seasons.

Taylor is currently a senior at Hudson High School and plans to swim competitively in college and is looking to major in Chemistry and/or Pre Med.  Taylor has coached for the Hudson Park Estates Pirates Swim Club the last two years. 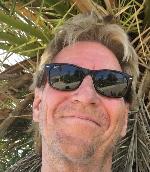 Paul left coaching in '87 to enter the automotive industry, and retired in 2013, and came back to his love of coaching.

He coached at a few clubs before joining Club Wolverine in 2015 as the National Team Coach and assistant to the intermediate level groups.  There, he coached numerous state, sectional, NCSA, Junior and Senior Nationals champion swimmers to many club records.  In 2018, Club Wolverine was Club NCSA LC Champs.

Paul loves to golf, and is looking forward to helping every swimmer achieve their goals at HEAT.