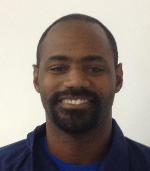 Kelton swam for Eastern Michigan swim team where he made the MAC squad 4 years in a row.  His highest place was 3rd in the 200 yard breast stroke. After his swimming career ended he turned to coaching.   He began at a team named Aquademics, a minority team in Ann Arbor; there he placed swimmers at the State meet while coaching at the Michigan swim camps in the summer. From there he coached at the Ypsilanti Otters where the team set 50 club records and placed 11th in the 12 and Under State meet and had multiple swimmers place at the open states and zone meets.  He rose up from a high school coach at Ann Arbor Huron where they won the Div 1 state title and the following year they were State runner ups.

Kelton was named the Michigan Interscholastic Swim Coaches Association Coach of the Year, becoming the first African American to receive this award. From there Kelton took over CW  where he has had numerous swimmers go on to swim in Division I, II and III schools and more than a dozen go to Olympic trials this year alone,  CW has won Sectionals under Kelton, placed 5th at NCSA Junior Nationals, 15th at Speedo Junior Nationals.  Kelton has great connections at EMU, UofM, WSU, Ohio State and other colleges. He has managed a club of more than 300 swimmers.  We are very excited that Kelton has decided to join the Lakers family. 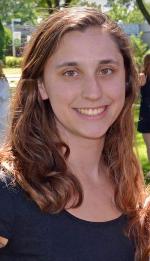 Danni started her swimming career at a young age. Swimming for Liquid Lightning for 11 years, where she placed at the state, zone, and sectional level in numerous events. She swam for four years at Lake Orion High School breaking 3 relay records as well as receiving All-League and All-State awards. After high school she swam for two years at Wayne State University, contributing to a conference championship. Danni began her coaching career in 2016. Where she coached for DRD for two and a half years. She is currently the assistant coach for the girls swim team at Lakeview High School.