Coach Kayla is entering her first season as Director of Competitive Swimming for Tiger Aquatics. In additon, she coaches the Tigers, Jr. Tigers, and Masters groups at the LSU site location.  Kayla has several years of coaching in New Orleans at the summer league, middle school, high school, and USA Swimming Club Team Level.

Kayla graduated from Tulane University in 2013 and is a former member of the Tulane Swimming and Diving Team. A 4-year varsity letterman, Coach Kayla graduated with school records in the 50 Free, 100 Back, 100 fly, and several relays. In her time at Tulane she was twice named the Conference USA Swimmer of the week, a mid-major all-american, and made the Dean’s list>

Kayla is a native of Portland, Oregon where she attended St. Mary’s Academy. She was team captain and a four-year letter winner. 6A State champion, former state record holder, district record holder, and U.S. National Qualifier. 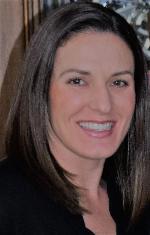 Jeannine Malbrough is in her 13th year with Tiger Aquatics, serving in her first year as Lead Senior Coach. Jeannine previously served as the program's Head Coach and Lead Development Coach.
Coach Jeannine is an ASCA Level 2 coach. In the water Coach Jeannine has coached Tiger Aquatics athletes to #1 National rankings, several top 16 rankings, and multiple age group record holders. Other achievemetns by her athletes have included: US Open qualifiers, Junior National, Winter Juniors, High School All Americans, Sectional Qualifiers, top 3 National Age Group rankings, Southern Zone team selections and Louisiana state record holders.
Jeannine graduated from Louisiana State University in 2007 and is a former member of the LSU Swimming and Diving Team. Jeannine is a native of New Orleans where she attended Mount Carmel Academy. She was team captain, consensus all-district, all-metro, all-state selection, Division I 5A State Champion and Southern Zone champion. Jeannine graduated with honors and was also named a "Who’s Who Among American Students" and was presented President’s PSAT award.
Coach Jeannine has five siblings; three brothers and two sisters. She is the godmother to two of her nephews Thomas & Patrick. Jeannine loves LSU sports, Mardi Gras, and crawfish. 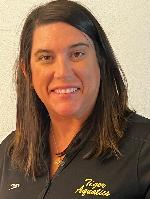 Margot is a native of Gretna, outside of New Orleans where she attended Arden Cahill Academy and Archbishop Blenk High School. She started her swimming career in Louisiana as a 6 year old and swam middle school, high school and on year-round teams until she went to college in 1998. She was team captain her senior year and a three-year letter recipient. She was a state qualifier at Archbishop Blenk High School in Back and Fly in 1996, 1997, 1998. Her favorite events are 100 back and 100 fly and she loves teaching stroke technique.

Margot began teaching swim lessons through the Swim America at Arden Cahill in 1991 and has been on the pool deck, since.  During her high school and college years (1995-2002) she was with Bellemeade Swim Clubs and was the pool manager, head coach and swim instructor.
Margot restarted her coaching career in 2013 with opening of Greystone Golf and Country Clubs new swim team and has been part of the growing new program in Livingston Parish since.  She started the middle school/junior high program for Livingston Parish in 2017 and started coaching the CUBS/PAWS in Denham Springs group in 2017 where she currently presides as the Head Site coach at the Denham Springs PARDS location.
Margot is a graduated from LSU in 2003, in Advertising and Audio Visual Arts. She run BLT Marketing, a local marketing and graphic design business, after publishing the Livingston Business Journal for 13 years. She currently lives in Denham Springs with her husband, Bryan, 3 children – Laird, Berkley and Tucker May and her black lab.
Head Swim Coach Bellemeade Swim Club 1998-2001
Head Swim Coach Greystone Golf Country Club 2013 - present
Head Swim Coach Southside Jr High 2017- present
Head Swim Coach
Juban Parc Junior High 2018 - present
5th grade - Seventh Ward Elementary 2018 - present
5th grade - Lewis Vincent Elementary 2018 - present 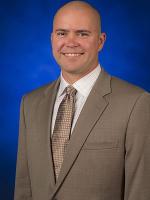 Reed Robelot is entering his first season as the Head Site Coach at JPP, after serving 2 seasons as the head coach of Tiger Aquatics. Coach Robelot actually began his USA Swimming career as a swimmer for the previous iteration of Tiger Aquatics, BTAC.

Most recently, Reed Robelot spent four years as head swimming and diving coach for the Green Bay Phoenix in the 2018-19 season. Robelot joined the Phoenix in July 2015 following a five-year successful stint as an assistant coach with ACC member Virginia Tech, where he helped the Hokies to three-consecutive top-25 finishes for both the men's and the women's teams. With Green Bay, he coached the first-ever Phoenix swimmer to qualify for the Olympic Trials, Ryan Korslin, as well as elevated the men's swimming and diving team from sixth to third place team finishes in the Horizon League.

Prior to arriving in Blacksburg, Robelot spent the 2007-2010 seasons as head assistant coach of the Western Kentucky University Hilltoppers. There, he helped coach the WKU women's team to three-consecutive Sun Belt Conference Championships. He also coached the men's team to a Sun Belt title in the 2009-2010 season. During Robelot's tenure at WKU, he coached numerous Sun Belt Conference champions, record holders, NCAA qualifiers and an NCAA finalist.

A three-year letter winner at Louisiana State University, Robelot was named to the Southeastern Conference Scholar-Athlete Honor Roll in 1998-2002. He served as a volunteer assistant coach for the University of Houston's women's swimming and diving team and as the head coach for the Houston Cougar Aquatic Sports in 2006. As the head coach, Robelot trained a number of Junior National qualifiers and TAGS finalists.

Prior to his time in Houston, Robelot spent four years as the senior assistant coach while completing his master's degree in Sport Pedagogy at LSU. 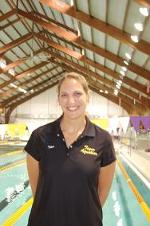 Julie (Hughes) Peveto is a 2003 graduate of LSU with a bachelor’s in Elementary Education.  She competed for the tigers all four years during her LSU career.  Julie was a 4 yr. letterman and specialized in sprint freestyle and butterfly.  She competed in the SEC championship meet every year.  Johnson was a member of the school record setting 200 medley relay.

Julie swam competitively for TAQ (formerly BTAC) in middle and high school where she learned and grew as a swimmer.  Johnson competed at Louisiana state meets, qualified for the Zones meet in 1995, qualified for junior nationals in multiple events and competed there where she became a Junior National Champion in the 100 yd. freestyle in 1997.  Johnson also competed at the Senior National level.Julie held the Louisiana state record in the 50 yd. freestyle and was a part of several state record setting relay teams along the way.

Johnson graduated from Zachary High School in 1999. She was a charter member of the swim team there where she set and still holds all of the event records for the team.

She has many years of stroke instruction from performing swimming lessons and coaching kids ages 3-18.  She was the head coach at Fennwood Hills Country Club in Zachary where she learned a lot of how to push swimmers to be their best while maintaining a fun, supportive, and encouraging atmosphere.

Julie currently lives in Central.  She is in her 12th year of teaching and now teaches 6th grade at Copper Mill Elementary.  She has two children – Joseph and Annabelle.  She is proud to have brough year round- competitive swimming to Zachary after years of the community wanting the experience. 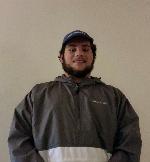 Cade Leblanc is in his first season of being the assistant coach for Tiger Aquatics at Zachary. Cade served as an assistant for the Zachary High School swim team for 2020.

Cade is a current senior at Zachary High School and was previously a Tiger Aquatics swimmer for the last seven years.

Cade is excited to have the opportunity to pass down what was taught to him at a young age in the sport of swimming!