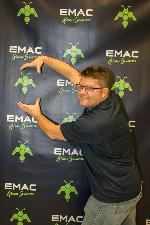 Coach Doug is in his third year as the CEO/Head Coach of EMAC.

Doug began coaching in 2002 at START Aquatics in NC.  From 2002-2010, as Head Coach and Partner, Coach Doug helped build STAR Aquatics into one of the best teams in the Southeast.  STAR Aquatics went from unranked to 2nd at NC Age Group Champs, while the girls won NC Senior Champs in 2010.  From 2008 to 2010, STAR Aquatics amassed over 15 NC State Records.  In his final year, the team qualified 10 swimmers for Junior Nationals, while the team earned its first USA Swimming Bronze Medal Status.  STAR Aquatics earned Silver Medal status the following year.

A Pennsylvania native, Coach Doug, his wife Chrissy, and their son, Dougie, relocated to Lower Macungie in 2010 to raise their family closer to home.  They've since added two children, Addie and Owen.

From 2012-2014, Doug served as the Director of Compettive Aquatics for the Hunterdon County YMCA.  The HCY Stingrays improved from 5 YMCA national qualifiers to 21 while doubling the revenue of Competitive Aquatics.

From 2015-2017, Coach Doug helped BLUE Eagle improve from a relatively obscure team to one of the leaders in Middle Atlantic.  During that time, BLUE improved their VCC score from 81,742 to 137,743, jumping from 35th in MA to 16th.  Fifty-four percent of BLUE athletes earned an IMX score, compared to the national average of 13%.  During his tenure, with the assistance of an outstanding volunteer base, BLUE established themselves as one of Middle Atlantic's most trusted meet hosts, hosting 2016 and 2017 LC Silver Champs, 2016 Bronze Champs, and 2016 MA Mid-Winter Classic.

Over the last two years, Coach Doug has spent much of his time promoting growth and change at EMAC.  He has worked to assemble one of the strongest coaching staffs anywhere.  In the process, EMAC has made dramatic improvements, having just come off the best year by far in both SCY and LCM VCC Scores.

Coach Doug also serves as the Chair of the Technical Planning Committee for Middle Atlantic Swimming.   As an East Penn resident, he is honored to serve as a steward for the sport of swimming in the East Penn School District and surrounding areas. 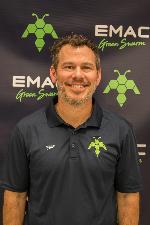 Tim has been a teacher in the East Penn School District for over 20 years.  He recently moved from Eyer Middle School to the Emmaus High School, where he enjoys being more involved with the swimmers on a daily basis.

He began at EMAC in September of 1996 and was named Head Age Group Coach in October of that year.

During his tenure at EMAC Tim was part of the expansion in purchasing the Emmaus High School Team's second home in Millbrook Farms, which was a year-round training facility. At this time, EMAC went through not just the physical growth of a training facility, but a team growth as well.  Progressively, EMAC's Age Group Program grew, as did their lessons and Senior Group through the idea of providing a foundation for all athletes to be prepared to swim all events, but also to compete against other teams and even against their own teammates.

Coach O was appointed to the USA Swimming Age Group Coaches Association Coaches Clinic at the USA Training Center in Colorado Springs, Colorado in 1998 and then he was named an Assistant Coach for the Middle Atlantic Zone Swim Team Championships for both the winter and summer teams of 1999. He was then named Head Coach for both Zone Team events in 2000. The Middle Atlantic Team won the winter championship. During his tenure at EMAC our swimmers qualified and competed annually for this team.

He stepped down from head coaching duties after the 2007 season but since 2010 he has progressively been showing up more and more at EMAC to assist in a variety of ways, including now serving as the Head Senior Coach for EMAC.

Tim's high school teams have won a combined 7 State Championships. He was elected into the Pennsylvania Aquatics Hall of Fame in 2015 and he is active with the PA High School Swim Coaches Association.

Tim is married to his wife, Tracie, who is a teacher at Eyer Middle School.  They have two children - Molly and Bailey. 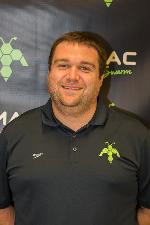 Jason began swimming competitively as an 8 year old for Trident Swim Club and competed for WET/PAAC over the fall and winter. Jason graduated from Parkland High School in 2004 where he was a three-time district champion in the 100 backstroke, team record holder for the 100 backstroke and 200 medley relay, and member of a state champion medley relay.

His first coaching experience occurred in 2002 as the 9-10 age group assistant at Trident Swim Club. Jason led the age group from 2003-2006 while also being the team's head coach in 2006, and was an assistant coach from 2007-2009. In 2008, he joined Emmaus High School as an assistant while also coaching all levels within EMAC. In 2012 Jason became head coach at Salisbury High School where he led the boys team to both District XI District Champions and PIAA State Champions in AA. In 2014 after a year off he joined Nazareth High School as an assistant for 2 years before returning to Emmaus High School and EMAC in 2016. In 2017 he left again for an opportunity at Blue Eagle Swim Team to become their lead 8&under coach while also assisting with Nazareth High School. He remained there for 2 years before returning to EMAC yet again to lead the 8&under group.

Jason graduated from Duquesne University in 2008 with a Bachelor of Science in Computer Programming. Jason is currently employed with Computer Aid Incorporated as a programmer and works at their corporate building in Allentown. He currently resides in Macungie with his wife Gwen and their two children Jemma and Chase.

An alumnus of both EMAC and the EHS Swim Team, Phil studied History and German Literature at Franklin and Marshall College (2013) and did his graduate studies at the Fletcher School of Law and Diplomacy at Tufts University (2017). Since then he's worked on projects in international relations, however he maintains an infinite preference for the Lehigh Valley over the likes of Washington DC or Manhattan. He initially coached summers for the Macungie Bears, the team on which he grew up, before joining the Lehigh Country Club coaching staff in 2016. During the winter, he's previously coached at Rodale's YES I CAN program. In additional to a focus on technique and fun, Coach Phil hopes to leave his swimmers with an interest in history, philosophy, and literature. 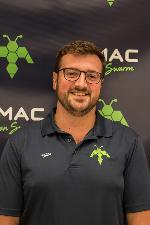 This is Greg's first year coaching with EMAC.  Originally from Bethlehem, he has been a competitive swimmer since the age of seven with the following organizations: Hanover Stingrays (Suburban Swim League), Bethlehem YMCA, and Liberty High School.  At Liberty High School, Greg was coached by Reik Foust and was a four-year District 11 qualifier in multiple events.  Additionally, Greg has two years of coaching experience with the Hanover Stingrays.  He was also the pool manager at the Hanover Township Community Center for four years where he managed the Red Cross certified swim lesson program and provided instruction to the top level group. Greg has a Bachelors of Science in Education form Indiana University of Pennsylvania (Dec. 2011) and his Masters from Louisiana State University (Aug. 2015). 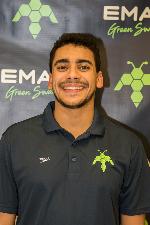 Mandy Lovett grew up in the Lehigh Valley, swimming for Emmaus Aquatic Club and Emmaus High School before continuing her swimming career at the University of Pennsylvania. While there, she transitioned her athletic efforts to triathlon.  As a member of the U.S. Junior National Triathlon Team, she raced internationally in Japan, Mexico, and New Zealand. Having spent the past 25 years racing triathlon, she never really left the swimming pool. She now competes in master’s swimming meets. She recently returned to her roots as a coach of the new EMAC triathlon team, and has continued on as an assistant swim coach.

Currently, Coach Pat is coaching the Salisbury H.S. Varsity Boys and Girls Swimming Teams. He is in his third year at Salisbury. Since taking over at Salisbury, he has produced numerous District Champions on both the Boys and Girls side as well as 4 Boys Individual State Championships and 2 runner-ups. Prior to Salisbury, Pat was an Asst. Coach at Emmaus H.S. where he worked closely with his brother Tim to continue the great swimming traditions among their Boys and Girls teams.

Pat has also coached at the Collegiate level, (2004-2006) at Misericordia University and the H.S. level as far back as 1990 at Wyoming Seminary Prep. He has worked as a volunteer coach at the world renowned Stanford Swim Camp under the leadership of the legendary College and Olympic Coach, Richard Quick. In addition, and prior to his positions here in the Lehigh Valley, Pat worked, trained and coached in New Zealand from 2008 to 2013 under former Triathlon New Zealand Olympic Coach (Athens) Stephen Farrell at the renowned North Harbor Triathlon Club. Pat started out as a swim and technique coach and ended his stint as Director of Aquatics and Director of the Jr. Tri Club at North Harbor prior to returning home in April 2013.

"I believes that technique is the cornerstone of successful and consistent swimming and hard work, alone, will not get our swimmers where they want to be. I look forward to working with all groups to share my experiences and expertise to enable all EMAC swimmers to achieve their goals. Last, I look forward to offering a youth triathlon program heading into the summer months!! Keep an eye out for correspondence in the near future."