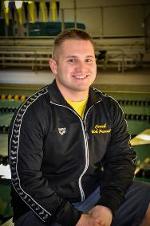 Nick has 25 years of competitive swimming experience, 8 as a coach and 17 as a competitor. Before joining the Vikings in the spring of 2016, he was the Head Coach of the Belchertown Stingrays for 2 years 2013 to 2015.  At Belchertown High School Nick was the Varsity Girls Swim Coach in 2020, and the Varsity Boys Swim Coach 2013 to 2018. 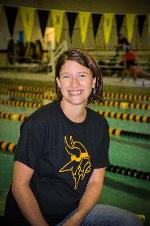 Coach Kerry has been with the Vikings swim team for over 12 years. She is a certified USA Swimming Coach and YMCA Principles of Competitive Swimming certified.

Kerry comes to us with 28 years of competitive swimming experience and over 20 years of coaching experience. As a swimmer Kerry swam 4 years of collegiate swimming at Springfield College. During the first year at Springfield College the girls team began a tradition of winning the NEWMAC Conference title for over 10 years in a row. While in High School, she was a 4-time Western Mass and State Qualifier. She specialized in breastroke and IM.

Kerry began coaching with a Park and Rec team as an assistant coach while she was in high school and swimming on a USA Swimming Team. She fell in love with aquatics and coaching and decided to attend Springfield College, where all her coaches had attended and swam for Coach John Taffe.

Currently resides in Agawam, MA where she lives with her husband John, and daughter Olivia and son Jack. Kerry is also a registered Masters Swimmer for the Holyoke Y Sea Dragons.

Kerry believes in teaching young kids to be well-rounded swimmers and to focus on technique at an early age to ensure success as they get older.