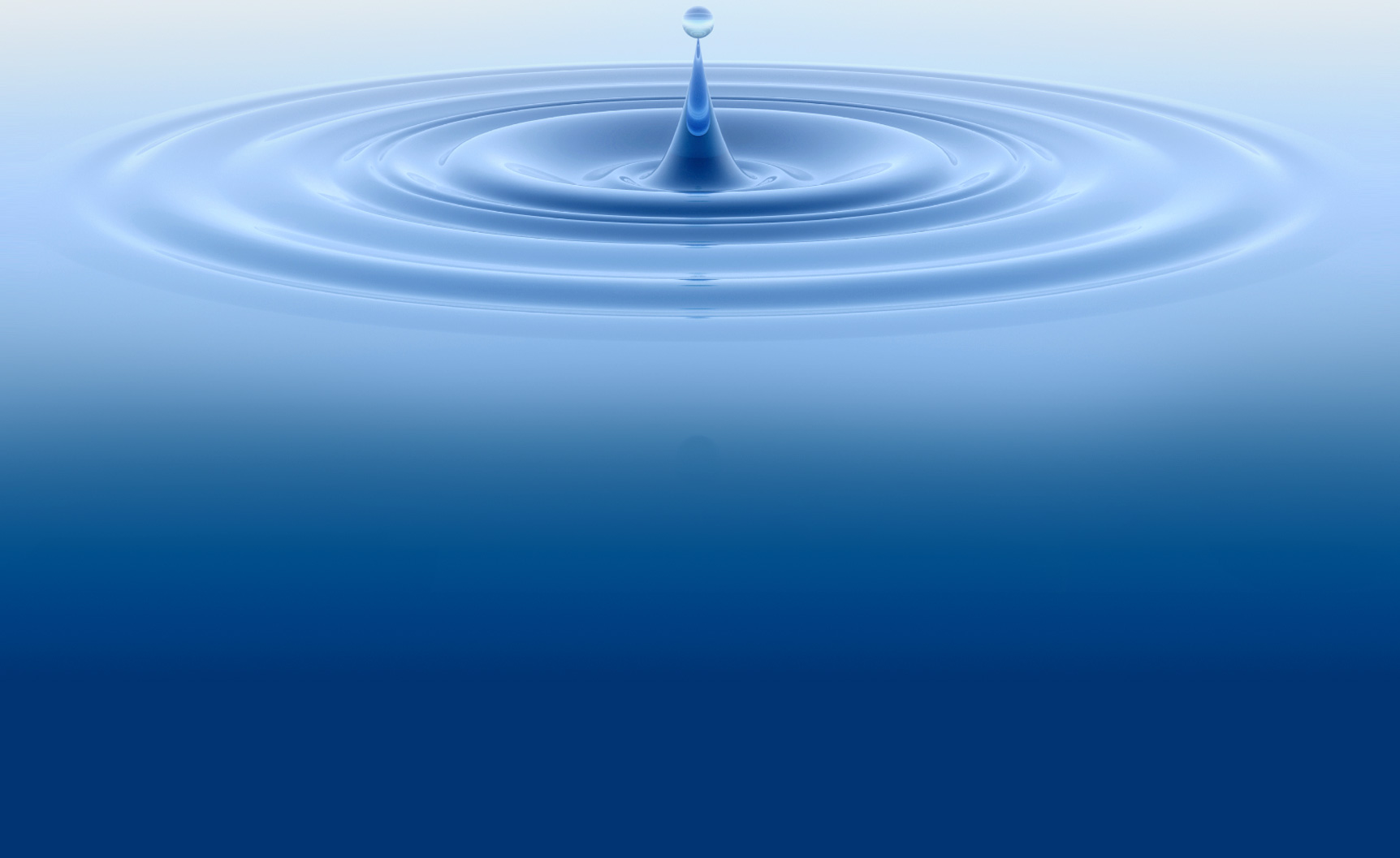 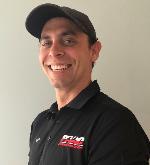 Coach Mike is no stranger to the pool, having been around competitive swimming for many years. Whether it be club, high school, or college level swimming, the sport has been a constant in his life and he is thrilled to continue that growth with PAAC. His experience has allowed him to acquire a unique perspective on training and approach to the sport.

As an age group athlete, Coach Mike embraced swimming and set several local records in his hometown area of Reading. After suffering a leg injury in high school, Coach Mike turned to swimming as a means of recovery and therapy both physically and mentally. After competing at the collegiate level at Albright College, he was a top performer on the men’s team, winning four consecutive Men’s MAC Conference Team Championships from 2002 thru 2006.

Most recently, Coach Mike’s resume has included Head Age Group Coach for EMAC as well as assisting the Emmaus High School Team to many District Championships. For the past two years, Coach Mike has coached in his home district of Southern Lehigh, by assisting the High School team and SOLECO team. His philosophy for age group swimming has been to, first and foremost, engage the young athlete through structured enjoyment before mastering an exponential disciplined edge. His greatest enjoyment is seeing the athletes grow, flourish and take the discipline of this sport to college, career, and life.

Coach Mike enjoys leading a life of health and fitness as well as spending time with his wife, Jackie, and their two young sons, Jack and Joey. 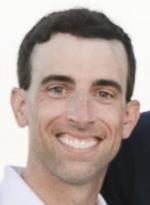 Jacob has coached at PAAC for several years. He has experience coaching all ages and ability levels and is currently the Gold Group coach.  While overseeing Gold, he has coached dozens of JO swimmers, JO finalists, multiple Zones qualifiers, a Zone champion, and multiple Sectional qualifiers.  Jacob previously served as an assistant coach for the Parkland High School Varsity Swim Team, where he assisted in coaching several swimmers at both the District and State level.   He also was formerly the head coach of Kaybrook Green Hills Summer Swim Team in Orefield.

Jacob holds a Bachelor's Degree in Political Science from James Madison University.  He went on to earn his Juris Doctorate from Villanova University School of Law. Outside of coaching, Jacob is a Partner at the law firm O’Keefe, Miller & Thielen, P.C., a general practice firm with offices in Fleetwood and Allentown.  He currently serves as President of the Valley Swim League Board of Directors.  Jacob swam for both PAAC and Parkland High School where he was a four year varsity letter winner, and competed at both the district and state level.

Coach Steve returned to PAAC in February 2015, to coach both the Bronze group and the STARS group. He immediately re-established goals for both groups, and expectations were far exceeded by season’s end.

His first tenure at PAAC lasted from April, 2005 to June, 2010. During that time, he coached many Middle Atlantic Junior Olympic and Elite Meet qualifiers, including some champions. Steve had one swimmer attain TOP 16 status. Steve has also coached adults over the years as he guided the Westend Racquet Club Masters swimmers from November, 1994 until September, 2013. He competed in Masters swim meets as well, starting in 1992 until he retired in 2007.

As a child, Steve competed in club swimming while growing up in Springfield (Delaware County) PA, starting at age 7 until he graduated high school. He swam first for the Community YMCA in Upper Darby, PA then for the Suburban Swim Club in Marple-Newtown, PA. Steve’s passion for swimming goes beyond the pool as he served as Committee Chairman for the Delaware Valley Masters Swim Committee from September, 2002 until September 2006. He also served as Westend Masters Swim Meet Director from 1993 to 1997.

Professionally, Steve has been is sales and sales management since graduating Lehigh University in 1980. He is married, with 2 children (twin daughters) and 2 grandchildren.

Tjasa Ritchey is a 1993 graduate of Denison University, where she was an NCAA 18-time Division III swimmer over her four years and a NCAC 200 backstroke champion in 1993. During college summers, Tjasa coached at ACE Aquatics in Mount Kisco, New York as well as for a country club team in Louisville, KY.  Upon graduating from Denison, Tjasa spent two years teaching elementary children (kindergarten and then first grade) at a private school outside of New York City. During this time, she started training for triathlons. She then moved with her husband, Julian, to Jacksonville, FL where she became an A.C.E. Certified personal trainer and taught gymnastics.

Tjasa moved to the Lehigh Valley in 1997. She continued to be a personal trainer and she was the assistant men’s and women’s swim coach at Lafayette College from 1998-2001, all while pursuing her triathlon career, where she eventually turned professional. Tjasa is a five-time Ironman finisher, four of which were Ironman Hawaii (1997, 1998, 1999, 2000), and one Ironman Lake Placid (2000). She then took a long break from everything to raise her four children children. Tjasa currently  serves on as secretary of the  Board of Directors for The Ballet Guild of the Lehigh Valley, Inc. She is happy to be back on deck coaching Instructional and Stars groups and helping out wherever she is needed.

The majority of Amanda Svetz’s fondest childhood memories revolve around the pool. She started swimming competitively as a 5 year old in her summer swim league, and began swimming for PAAC at the age of 11. She was a Junior Olympic, Eastern Zone, and Senior Championship qualifier. Amanda represented Allentown Central Catholic at the PIAA District XI State meet in 2019. She is currently studying nursing at The Catholic University of America where she participates in Army ROTC.

Amanda began coaching swim lessons in 2018 and has been working with the Age Group swimmers since. She enjoys the environment and energy of the swimmers and is excited to continue sharing her love for swimming.

Kaity Rockwell is a 2017 graduate of Albright College, where she played colligate lacrosse and swam for the Lions. She was a MAC qualifier in the fly and distance events. During her years at Albright, Rockwell was named to the All-America Scholar Team and the MAC Sportsmanship Awards.
Kaity was named the head swim and dive coach at Cedar Crest College in May of 2019 after serving as the assistant coach during the 2018-2019 season. During her first year as the head coach, she lead the team to win it's first ever conference championship in program history. It marks the first time  since 1997 that a conference championship will be brought back to Cedar Crest College. Kaity also lead the program to be selected to the  College Swimming and Diving Coaches Association of America (CSCAA) All-America Scholar Team.
Kaity is currently pursuing a master's degree in early and special education at Cedar Crest College and expects to graduate in the Spring of 2021.

Jose calls PAAC a “home away from home.” He began swimming at the age of 10 when he joined PAAC and continued with PAAC all the way up to college. As a swimmer,  Jose was the first swimmer from Northern Lehigh High School   to go on and compete at the PIAA and state level. He primarily swam distance events where he received runner up in the 500 and bronze in the 200 free for District XI. He continued his swimming career for two years at Tufts University.

Now,  Jose is a recent graduate from Tufts University with a Bachelor’s in Biology and Child Studies & Human Development.  Jose is works at a behavioral institution as a certified EMT when he is not coaching on deck, and plans on attending medical school in the near future. He is extremely excited to work with the children on fine technique and fast swimming. As well as, he expects to use his knowledge in child development to minimize common swimmer injuries that begin at a young age and teach valuable lessons.

This is Coach Matt’s first year with PAAC.  Native to the Lehigh Valley, Coach Matt’s a familiar face on the pool deck coaching for many programs throughout the years,  most recently EMAC along side Coach Mike and Rodale’s FAST program. Coach Matt has a Bachelor’s degree from Kutztown University as well as Automotive Technologies from UTI.

Cody has been around the pool his entire life. He started lessons at Emmaus Aquatic Club at the age of four and then went on to train and compete for the club throughout college.  He competed for Emmaus High School where he was fortunate enough to learn how important teamwork and hard work were to being on a successful team.  He continued swimming in college at Seton Hall University where he was Co-Captain for his Junior and Senior year, leading the team to their first two Big East Championships.  Cody believes that the mental aspect of the sport is the key to a successful, happy swimmer and is excited to work with young athletes at developing the skills needed to be successful both in and out of the pool.  Cody tries to emphasize the importance of improvement and strategy in races and believes that "progress over perfection" is the way to motivate young athletes.  Outside of swimming, Cody currently works for a medical device company's data analytics department focusing on Data Visualization. He is also pursuing his MBA from Moravian College.

Coach Alex has been with PAAC for several years. Alex started with PAAC as a Learn-to-Swim instructor while swimming for Parkland High School. After graduating from Bloomsburg University in 2016, Alex returned to PAAC and was Head Coach of the Silver group for 3 years until he took a break to focus on his career in health care specializing in Cardiac Electrophysiology. Alex brings many years of experience in competitive swimming to PAAC including superior strategy in the all four strokes, the 200 yard events, and the distance events. While coaching the Silver group, he coached many JO qualifiers, JO champions, MA Zone qualifiers, and coached at the 2017 Easter Zones Team.

Alex holds a Bachelor’s in Exercise Science from Bloomsburg University, where he was a 4-year student-athlete, NCAA qualifier, 800 Freestyle Relay record holder, and to this day holds 8 All-Time Top 10 times. He likes to use that knowledge to strengthen and improve each athlete to the best of their abilities. Outside of the pool, Alex works for Medtronic, a leading medical device company where he is a clinical specialist in pacemaker and defibrillator technology including implantation of these devices and field troubleshooting. In his spare time, Alex likes to spend time with his soon-to-be wife, Kate, swim, play golf, and play with his two dogs.

Coach Jim began coaching with PAAC in November 2014, but his roots in the Lehigh Valley swimming scene go way back. He was a high school state champion at Allen High School in the early 1980s and still holds the 50 free school record there. He went on to swim at Clarion and then returned to Allentown where he was a firefighter until his recent retirement. For the last few years, Jim has been an assistant coach for Salisbury High School, helping their boys' team to the 2013 State Championship. Coach Jim is an energetic teacher and uses knowledge and passion for yoga to help PAAC swimmers improve their strength and flexibility. We are excited to have him on board!