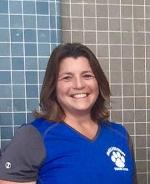 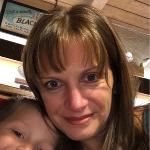 Coach Alicia is a 1992 graduate of Dallastown Area High School where she swam for Wildcat Swim Club and the Dallastown High School Swim Team. As a graduate of Bloomsburg University, she was a founding member of the woman's rugby team.

Coach Alicia has been coaching Wildcat Swimming for the past twenty years. In her free time, she enjoys running and spending time with her husband and two sons, Anthony and Jack, and her dog, Chico.

Coach Alicia is also a certified USA/ASCA Level 2 Coach.  She can accompany or sign-off for any USA Swimming Athlete for a USA sanctioned meet. 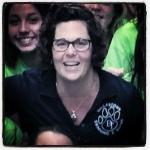 Coach "Babs" has been a Wildcat Swimmer since 1987.  She graduated in 1991 and was part of the Dallastown Girls Swimming Team that won Districts that same year.  Coach "Babs" has coached Dallastown swimmers since 1995, taking a hiatus in 2002 to be with her children.  In 2014 she returned and began coaching High School and Club Swimmers.  Coach "Babs" is also a Level 3 USA/ASCA certified coach.  She can sign off and accompany certified USA swimmers to a USA meet.  Please ask her for more information regarding USA Swimming.

Coach "Babs" has two beautiful daughters.  They attend Dallastown and one swims and the other rides horses.  She has been married to Devin, another Wildcat Swimmer, for over 20 years.  They have 2 dogs, 2 cats and a passion for Green Bay Football.  In her spare time, she enjoys cooking and winter weather. 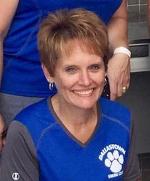 Coach Jenn is a coach for the  Dallastown Swim Club, and previously the Wildcat Swim Club since 2004.  She graduated from Dallastown High School in 1988 and from Hood College in 1992, where she swam for four years.

Coach Jenn is married to, Al, and has three children, Kelley, Egan, & Quinn, who all are swimmers for Dallastown Club or High School.  She loves spending time with her family, and can usually been seen at all of her kids' sporting events!  Coach Jenn works for WellSpan Health in the Human Resources Department.

Coach Mark has been a club coach with Dallastown since moving to York with him family in 2009.  He grew up in Hagerstown, Maryland, where he was a member of the YMCA swim team, starting at age six.  He also swam for Shippensburg University, where he was a four-year All-American, specializing in middle and distance freestyle events.  He still enjoys training with his twin brother Chris three days a week.

Mark is married to Angela and they have three children; Logan, Emerson and Langley.  He enjoys spending time with his family and watching his children’s athletic events.

Mark loves being part of Dallastown Swim Club, which has a rich history of developing strong student-athletes. He also enjoys helping children reach their full potential.

Mark is also a certified USA/ASCA Level 1 Coach.  He can accompany or sign-off for any USA Swimming Athlete for a USA sanctioned meet. 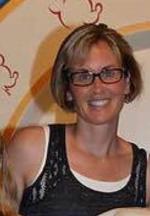 Jenn is married to Mike and they have 2 children:  McKenna and Ethan.  She loves spending time with family and enjoys watching her kids at swim meets, soccer games, and in community theatre productions.  She is looking forward to another great season of Dallastown swimming! 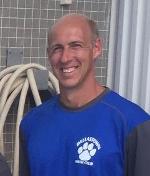 Coach Brown is a 1994 Dallastown graduate where he swam both for high school and the Wildcat Swim Club.  He continued his competitive swimming career at West Chester University graduating in 1998.  In 1999, Coach Brown began teaching Physical Education at Dallastown Middle School and became an assistant coach for the high school swim team and the Dallastown Swim Club.

Coach Brown has a passion for teaching and coaching student athletes of all ages.  He enjoys seeing his swimmers improve while having fun at practices and meets.

Coach Brown is married to his wife, Jodi, and has five beautiful daughters.  When he is not teaching or coaching, you can find him with his family.

Coach Stiles started swimming at age 6 after breaking his arm. He started practicing at the YMCA of York before moving to Houston, Tx for his age group swimming years. He swam for York Suburban for 4 years followed by another 4 years at York College of Pa.

He is happily married to Amanda Stiles and they have 4 children, 3 of which whom swim for Dallastown Swim Club. When he is not coaching, running kids around Dallastown or working his primary job he loves to go to the beach, swim and go boating. 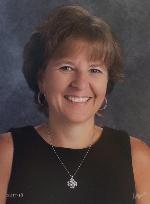 Coach Kenney was a former Wildcat swimmer graduating in 1989.  She is married and has two daughters, Alyssa and Ashley. She spends her days as a learning support teacher at Shrewsbury Elementary School in the Southern York County School District. In her spare time, she enjoys running and biking. She is passionate about raising funds for LLS and ACS after losing a number of family members to cancer. 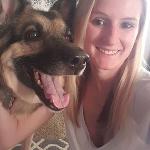 Coach Courtney started swimming when she was 7,  for Dover.   She swam for their High Hchool Team,  graduating in 2011. She continued to swim for York College graduating in 2015. She works as a Behavioral Therapist assistant with cyber school kids.
Coach Courtney is married to Donovan. She loves swimming, being out doors, reading books and spending time with her family and many pets. She is excited to start another great season with the Wildcats! 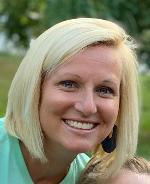 Coach Zinn has been involved in swimming since six years old. Raised on the pool deck of Dallastown, Coach Zinn swam for the Wildcat Swim Club, Dallastown High School, and Clarion University. She had coached for 10 years prior to having children, and now she is back and excited to coach the next generation of Wildcats. 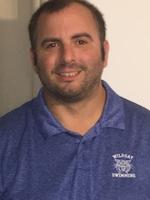 Bill has been a Wildcat as a swimmer and coach for over 20 years combined.  He swam for what was the former Wildcat Swim Club.  And, he coached for the former Wildcat Swim Club and now Dallastwon Swim Club from 2001.  He has also helped with the HS Swim Team since 2001 working behind the scenes in IT.
He is married to Shonna and has a daughter and a Chocolate Lab that keeps him busy when not at the pool.  He also enjoys outdoor activities when he has time. 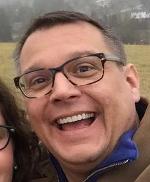 Devin graduated from Dallastown in 1991.  He swam for the Wildcats for 3 years and was captain of the team his senior year.  He graduated from Penn State in 1995 with a BS in Chemical Engineering.  He helps and and works with DSC in the background and serves wherever he is needed.