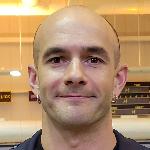 Adam started his coaching career in 2008 at Sunnybrook Summer Swim Club in Moorestown NJ where he was the head coach for 7 seasons.  Adam also began coaching at the South Jersey Aquatic Club (SJAC) in 2011.  After one year as an assistant coach, Adam spent the last 8 years as the head coach for the National Team.  During his time at SJAC, Adam has coached numerous swimmers to NCSA and USA Swimming Junior National cuts.  He also has coached many USA Swimming Scholar-Athlete recipients as well as a NJ High School State Champion.  Adam graduated from, and swam for, Lehigh University.  He is currently employed as a school psychologist, is a big CrossFit enthusiast, and loves pretty much any type of physical activity.

David Wakeley has been coaching for the past 15 years in the Middle Atlantic Swimming LSC.  In addition, he did some summer coaching in State College, PA while in college.  He brings great excitement and enthusiasm to pool deck … and his engineering background.  He encourages his swimmers to achieve their highest level possible and not be satisfied with average performance.  Many of the swimmers have achieved levels of participation in the following events:  Mini Champs (including high point winners and record holders), Junior Olympics (including individual and are group high point winners and record holders), MA Zone Team (including top 8 finishers), USA Swimming Top Sixteen, Sectionals (including top 8 and 16 finishers), Junior Nationals, Nationals, US Open and Olympic Trials (2012).  He has also served 3 years as a MA Zone coach and 1 summer as Head MA Zone coach.  He has earned a reputation as a stickler for stroke mechanic detail and is a true student of the coaching profession.  He will leave no stone unturned to encourage our swimmers improve at every level of their development.  He enjoys seeing his swimmers continue to improve at college level and beyond. 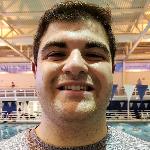 Coach Nick started swimming competitively at age 9 for the Greenwood Park swim team, and swam with the team from 2006 until he graduated in 2015. In addition to Greenwood Park, Nick swam with GCIT Swimming/GPAC from 2007-2013, and swam for most of the coaches he currently works with. From 2011-2015, he swam on the St. Augustine Prep swim team, serving as a captain his senior year. His specialty stroke was butterfly, and he qualified for the state championships his senior year in the 100-yard butterfly.  After his swimming career ended in high school, Nick wanted to pass the knowledge he learned, as well as love for the sport, on to others, and he found coaching was the perfect avenue.

Nick began coaching for Greenwood Park Frogs in 2016 and has served as 1st assistant for the past 5 summers, and continues to coach for the team in the summer. He was an assistant at TNT Swimming at Rowan University, working with his former coach, Tony Lisa, from 2016-2017. Nick graduated from St. Joseph's University in the spring of 2020 with a bachelor's degree in business administration, specializing in sports marketing. The Hawk will never die! By day, he is the treasurer for Ninsa Solar, LLC, and the controller for Jersey Boys Jerky, LLC.

Nick is now in his 5th season with the GPAC program. He started as an assistant for multiple groups, including Bronze, Silver, Gold 1, Gold 2, and Platinum B. He served as the head coach of the Mini group from 2018-2020 and is currently the head coach of the silver group, which he began in the winter of 2021. He hopes to continue to have a positive impact on all of the swimmers he coaches and help them love the sport as much as he does. Go GPAC!

I have been involved in the sport of swimming since the age of seven when I swam for Elmer . I continued my enthusiasm of being poolside by coaching in the summer at Elmer Swim Club for several years. I was part of parents group who began the swimming and diving program at Schalick High School where I then have had the privilege of being head coach for 19 years, then continuing as volunteer assistant to now be completing 31 high school seasons.  I began my officiating career for USA swimming and as now a NJSIAA High School Swim official for last several years.  Working as Site Director for South Jersey Finals and Semi-finals Championship meets and the State Team Championships allows me to see many fast swims during these meets.  That sight never gets old!  I am also Site Director for the State Meet of Champions.  In 1997, I was named SJISA Coach of the Year.  Previously, I was recognized as Coach of the Year by NFHS in NJ swimming. I retired after 27 years from Pittsgrove School District allowing me to pursue some more of my favorite things.  I am pleased to begin being part of the GPAC family as Head Coach of Technique & Fitness group!

Coach Shannon McKinnon has a love for the sport of swimming. She has been a part of the sport since 1985. For thirteen years, she swam for the Tri-County team of Greenwood Park and was an assistant  with the youngest groups during her last two years there. Coach Shannon participated in four years  of high school swimming, and continued to swim at Division I Towson University. Throughout her  swimming career, Coach Shannon received many medals and awards swimming the sprint and middle  distance freestyles, IM, fly, and backstroke events.

Coach Shannon started coaching again as an assistant for the Ocean City High School Raiders back in  2006 and was the head coach of their diving team. From there, she moved back up this way and in 2007  became and currently continues to be the head coach of the Gloucester City High School Lions, where  she also teaches Biology to sophomores and seniors. In 2008, she became the head assistant coach  at Greenwood Park until 2013, when she became the head coach for a summer. She has aided in the  TNT program over at Rowan University until 2010. The fall of 2009, she joined the Greater Philadelphia  Aquatics Club coaching staff, and has worked with the Mini, Bronze, Silver, Gold and Senior 1 groups as  an assistant. She has been the head coach for the Fall and Spring Warm ups. This past summer of 2014,  she was the head coach of the Riverton Waves.

Coach Shannon currently lives in Glendora with her husband, daughter and two dogs. She enjoys  football, especially watching the Giants. She has played soccer for eight years and was a dancer for 15  years. She currently still surfs and snowboards when the opportunity comes around.

Stephen Tucker is entering his 12th year of coaching and 2nd year with GPAC coaching Bronze and Platinum  Level Groups.  Stephen began his swimming career at Vineland YMCA and Elmer Swim Team, where he swam since the age of 6.  He went to Sacred Heart High School where he was a four year varsity letter winner, holding numerous team records and was a  3-time State Qualifier as well as team captain his senior year.  He continued his education and swimming career at Rowan University under Longtime Former Head Coach Tony Lisa. He was selected captain his junior and senior year and also earned multiple All Conference and All-Academic honors including Philadelphia Inquirer All Academic Team his senior year.  He graduated in 2010 with a B.A. in Health and Physical Education. He was also Head Coach at Sterling High School from 2011-2013 where he led the team to back to back division championships and was selected SJISA South Jersey Coach of the year in 2012.  Tucker is currently the Head Coach at Elmer Swim Club since 2014. He has guided the team to an extensive list of team championships and numerous club and league records. He currently teaches in the Bridgeton Public School District as a Health and Physical Education Teacher.

Matthew has been with GCIT/GPAC since 1998 and has served as an assistant coach, Head Age Group Coach, and Head Coach.

Matthew holds a Masters degree from Temple University in Sports and Recreation Administration. He lives in Gloucester County with his wife, Tjitske, and two children, Keegan and Marley.