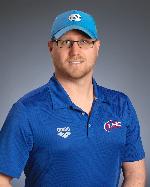 Casey is an alumni of LAC who has returned to coach the team. As Head Coach, he oversees the entire LAC competitive swim program, working directly with the Senior and Senior Prep training groups. Casey came on as an assistant at LAC in 2005 before being named the Head Coach in 2008. As an assistant coach, Casey helped LAC develop its Age Group swimmers into successful Senior level swimmers. His swimmers broke multiple team records, qualified for the Eastern Zone All Star teams, were Junior Olympic Champions, and placed top 16 in the country. Also, in the summer of 2007 Casey helped coach the 13-14 girls to a team championship at Junior Olympics.
In the time since Casey has taken over as the Head Coach of LAC the team has broken over 70 team records including multiple relay records. LAC boys have won Sectionals twice and finished top 5 four times. LAC girls finished top 5 three different times. He has also coached a 4x PIAA state record breaker, 4 PIAA champions, and LAC swimmer have won 11 PIAA titles. He coached mulitiple individual Sectional Champions and relay Championships, a USA Summer Junior National finalist, 8 individual USA Summer Junior National qualifiers, 2 National Select Camp qualifiers, a USA Swimming Diversity Select Camp qualifier, a member of the USA Swimming National Youth Team and Jr. Pan Pac team, and 2 Olympic Trial qualifiers. Casey served as an assistant coach for the 2012 USA Swimming National Select Camp at the Olympic Training Center in Colorado Springs. Casey is currently the Middle Atlantic coaches has also served as the MA coaches rep from 2010-2013.
Before coaching at LAC, Casey was the assistant coach for Durham Academy in Durham, NC from 2004-2005.
As a swimmer at LAC, Casey was a 3 time Jr National Champion, qualified and swam both the 200 and 400IM at the 2000 Olympic Trials and placed 20th in the 200IM at the 2001 Summer Nationals. Casey still holds several LAC team records. A graduate of North Carolina where he attended on a swimming scholarship, Casey was a 6 time ACC individual finalist and 5 time ACC individual Consolation finalist. His 200IM time ranked 10th fastest all time in UNC swimming history upon graduation.
Casey is ASCA Level 4. 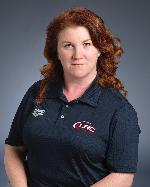 Upon graduation from Widener University, where she also swam, Margaret joined the work force as an Aquatic director at a local YMCA, special needs instructor, and swim coach. After the move to Lancaster, Margaret continued her coaching career at LAC as well as being an aide at local private schools. Margaret and family currently live in Manheim where she also teaches toddler and preschool classes.

Margaret is a level 3 ASCA instructor. 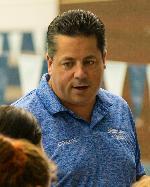 Scott was an All-American swimmer and Water Polo player at Wilson High School.  He went on to become a Division I All-American at The University of North Carolina at Chapel Hill.  Scott was a member of 4 straight Atlantic Coast Conference team titles and won 3 individual ACC titles in the 100 and 200 breaststroke events.  He is still the Berks County High School record holder in the 100 breast (56.55) and is a member of the Wilson High School Athletic Hall of Fame, the Berks County Aquatic Hall of Fame, and the UNC Swimming and Diving Circle of Champions for his athletic accomplishments.  After college, Scott came back to the area and coached one season Trident Swim Club and 2 years as the Head Coach of the Boys and Girls Water Polo teams at Governor Mifflin High School.  He then spent 4 years as the co-head coach of the Reading YMCA while he was a 4th grade teacher in the Wilson School District.  Scott took a break from coaching to help raise his children, but has spent the last 6 years as the head coach of the Governor Mifflin Age Group Swimming and Diving team.  Scott formed the Governor Mifflin Aquatic Club in 2016 and coached several Middle Atlantic Junior Olympic champions while he was directing the program.  Scott and his wife Sarah have 3 boys in the LAC program, William (13), Jacob (11), and Ryan (10) and currently reside in Berks County in the Governor Mifflin School District. 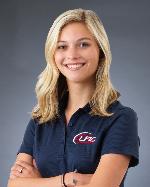 Erin is happy to return for her third year with LAC as the head age group coach. She works primarily with advanced age group, but helps with senior prep as well. Coach Erin swam for LAC for ten years and later went on to swim for Lock Haven University. She was a PSAC qualifier in the 200 fly, 100 fly and 400 IM and graduated in 2015 with a degree in communication studies. Erin is currently working towards her nursing degree at PA college. She believes that good swimming technique comes first and hard work can still be combined with fun. In her free time she enjoys spending money she doesn’t have on things she doesn’t need and playing with all dogs. 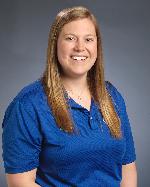 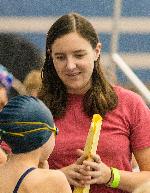 Coach Becca is new to LAC this season, but not new to the sport of swimming. She swam for the East Cocalico Dolphins from age 7 to 18. Towards the second half of her swimming career, Coach Becca's standard events were the 50 Free, 50 Fly and 200 Free Relay. After graduating high school, she attended college at Millersville University and earned a BA in Psychology. She is currently going back to earn her teaching certification for secondary ed. social studies, also from Millersville University. During the last two years of her undergraduate degree, Becca was head coach of the East Cocalico Dolphins. Then after a year off, she found her way to the Denver Sharks as their assistant coach. During the day, Coach Becca is a paraprofessional at a local middle school. In her free time, Coach Becca enjoys playing video games with friends and watching superhero movies.