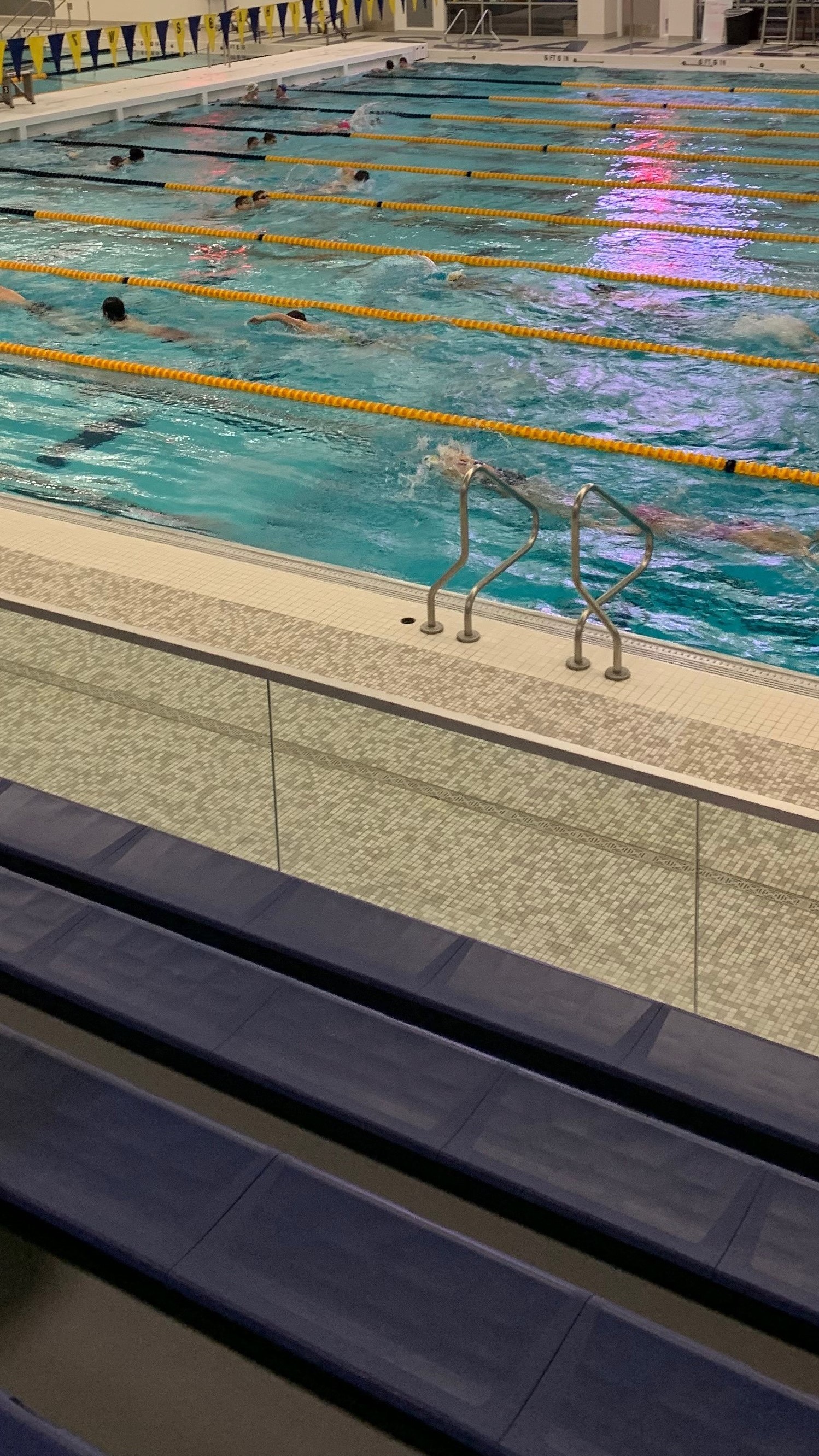 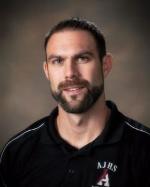 Ryan joins WCAC as the new program director and couldn't be more excited to share his knowldege, skills, experience, and passion for the water.  He received his Bachelor's Degree in Kinesiology from West Chester University where he was a 25-time All American and National Champion swimmer for the Golden Rams.  His love for the water began at an early age and has been involved in all levels of swimming for over 30 years.  He has coached at the club, high school, collegiate, recreational, and open water levels across multiple organizations for over 20 years; most notably West Chester University and Arcadia University (Head coach 2010-2013).  He is the founder of USwim1, a swimming lesson and swim insructor certification program that serves approximately 400 swimmers per year.  Ryan is lifeguarding/First-Aid/AED and CPR instructor certified, has an Emergency Medical Technician certification, and was a professional rescuer for the Sea Isle City Beach Patrol for 13 years!

Ryan believes "All things are possible through swimming" and his staff is committed to guiding swimmers on their unique path to acquire peronal knowledge and life skills through the sport.  He feels privileged to work with the WCAC family in leading active lifestyles. 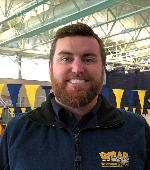 Jonathan is began coaching with WCAC in the 2018-2019 season. He started his swimming career in 1987 with Nor-Gwyn. During his swimming career he swam for Nor-Gwyn Summer club and North Penn Aquatic Club. As Jonathan entered high school he continued swimming for NG and NPAC as well as North Penn High School until 2000 when he graduated. After the Knights, Jonathan moved on to swim DII at Indiana University of Pennsylvania where here graduated with a BA in Sociology. During his time at IUP he specialized in the 100 and 200 Butterfly as well as the 50 to 500 Freestyle. During his college swimming career he placed top 12 every year.  He competed in multiple events and was a part of several top 6 place finishing relays. He has earned several All American Honors during his swimming experience.

Jonathan started his coaching career in 2001 when he began coaching with his brother Jeff at Lansdale Swim Team. After graduating from IUP, his career really took off. Jonathan has been involved in swimming at every level from beginner swim lessons, adaptive swim lessons, and summer club swimming programs to USA Club swimming and has loved every second of it. He finds nothing better than helping a swimmer to learn how much more they can be with a little hard work, and good guidance. Jonathan brings one basic philosophy to any team he is a part of, “Every swimmer, every day!” He wants everyone to always remember his favorite quote when training as well, “Today I will do what you won’t, so tomorrow I can do what you can’t”. Jonathan feels that there is nothing better than seeing a person overcoming something they truly thought they couldn’t and being a helping part of it. 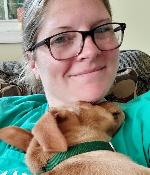 Megan began her aquatic career at the age of four swimming for Nor-Gwyn and North Penn Aquatic Clubs. She was encouraged to try diving by a swim coach yelling at her for watching the diving team instead of paying attention to her swim coaches. She was a diver for NGAC, NPAC, and Mount St. Joseph Academy. She began coaching lessons and team diving at NGAC while lifeguarding in high school and college. She attended Villanova University where she obtained a nursing degree and was an assistant coach for the Wildcats diving team for four years. She is currently a neuro nurse practitioner by day, WCAC dive coach by night. Her favorite part of coaching diving is connecting with her divers. Watching someone master a skill they have worked so hard to overcome and being there to cheer them on is the most rewarding part of this job. 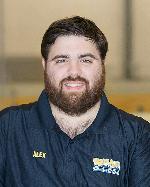 Alex swam competitively for 14 years beginning when he was 5 years old and up to college for when he swam for Susquehanna University. During his swimming career, Alex has broken school records for Susquehanna University and swam at some of the biggest meets in the area. After his swimming career ended, Alex started coaching and has been coaching for the past 8 years. He started coaching at the Ambler YMCA with a summer coaching at CBST in which he learned a lot and developed his coaching background. Alex then coached for two years as the Head Coach at the Boyertown YMCA where he coached several YMCA National swimmers and 4 Junior Nationals qualifiers. Alex then came to WCAC two years ago and he stepped into the role of Head Girls Coach last year and is happy to be the Head Girls yet again this year. 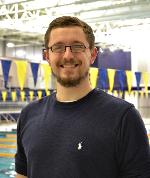 Chris has been a competitive swimmer since the age of four and a swim coach for the better part of a decade.  Having swam for the Souderton and Pennridge intermural teams, the EMAC and CBST USA teams, and the Pennridge High school, he chose to pursue coaching when he turned 16.  Having coached the winter PAC as an assistant for nine years and head coaching the summer PAC for two, he takes pride in his teams and greatly enjoys working with swimmers of all walks of life.  He began to do adult and adaptive swim lessons for the Lansdale YMCA from 2016-17 while seeking his Masters in PreK-4 Education from Rosemont College.  Now, with student teaching on the horizon, he is working as an ES paraprofessional in the North Penn School District.  He has joined WCAC this year in the hopes of improving the skills and outlooks of a new group of swimmers and is excited to embrace all that Wissahickon has to offer (especially the beautiful pool).  If you ask nicely he just might fold a paper animal for you, but there are no guarantees that he can do it well. 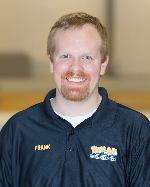 Frank Wills has been with WCAC for 5 years. He brings his expertise from several different programs in the area. He first started coaching as an assistant coach with Malvern Swimming Association, an all USA based team. At the same time he was teaching swim lessons through West Chester University. When he moved back home from college, he began coaching with PWAC, Plymouth Whitemarsh High School, and Cedarbrook Country Club where he took on both assistant and head coaching responsibilities. Frank is currently a science teacher at Upper Darby High School. He is looking forward to a great season. 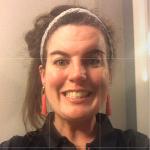 Antoinette is very happy to be back for another swim season with the Wissahickon Community Aquatic Club!  This program is where her swimming career started, along with the Nor-Gwyn Aquatic Club in the summer!  Antoinette played water polo and swam in high school.  Her favorite events were the 100 backstroke and 500 freestyle.  By day, she is a high school math teacher and enjoys being able to work with the community aquatics program.  Antoinette's favorite part about swimming is the friendships that were formed at swim practice and meets!  Again looking forward to a great season!!! 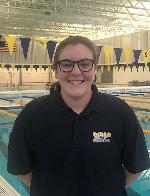 Ali is excited to be back with WCAC for her second season.  Ali started out swimming at Whitpain Greens and WCAC when she was 5 years old and swam through her senior year of college for the University of Vermont.  Ali focused on distance freestyle and butterfly events throughout her career. 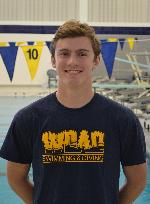 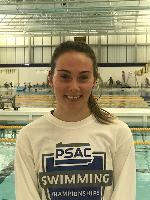