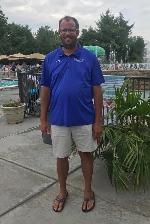 Coach Chris coaches with a widde variety of groups and is is the Head Coach of our summer team, the BAACfins.  Prior to coaching at Bel Air, Chris was the Head coach for the Bannister Neighborhood Swim Team in Waldorf, Maryland from 1998-2004.  He was an assistant coach for Fort Washington Swim Team from 1995-1997 where he grew up and learned to swim.  He graduated from Salem-Teikyo University, where he swam (1996-2000), in 2000 with a Bachelor of Science.  He holds a Master of Arts in Teaching and Sport's Coaching from College of Notre Dame of Maryland and currently teaches 8th grade science at Magnolia Middle School.  He is also currently the Head Coach at Joppatowne High School and has coached at Oxon Hill High School; before moving to Harford County in 2004. He has a wife and two children whom he loves dearly. 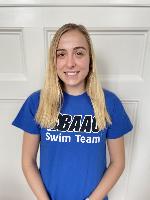 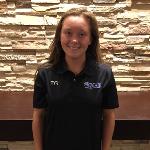 Jess started swimming at 8 years old and swam for the Harford Hurricanes for the majority of her swim career. After graduating high school, she swam club in college at WVU, and since has done some long distance open swimming, including the Great Chesapeake Bay Swim across the Bay Bridge, and 2 Half Iron Distance Triathlons. She coached two summers when I was young with North Harford Swim Club and did the 2017-2018 Season with the Bel Air Bob Cats as head coach. In March 2018 she started as an assistant coach at Arena under Betsy Graham. Since starting there, I’ve gotten my ASCA level 3 and moved from assistant to lead senior coach. She has a Bachelor's Degree in Education From Towson University and is a teacher in Baltimore County Public Schools teaching 8th grade Language Arts. 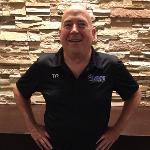 Coach David Linson began coaching with BAAC in 2000/2001 and with a few years break from the sport he returned in 2010.  Coach Dave has been coaching swimming in since the early eighties starting in the Harford Swim League with teams from Rock Springs Swim Club to Maryland Golf & Country Club. He also coached at Aberdeen High School where he took 4 freshman all the way to the platform at County Finals in there Senior year four years later. 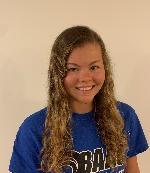 Sarah just graduated from The John Carroll School and will be attending Randolph-Macon College this fall. She will be swimming for R-MC’s team and plans to study Biochemistry on a Pre-Med track. Sarah was introduced to swimming at a very young age but did not begin competitively swimming until she was 14. She began swimming for BAAC’s year-round team in 2016 and still trains with Penguin- the top training group. In addition to coaching both BAAC’s summer team and year-round team, Sarah served on Maryland Swimming’s Board of Directors as the Senior Athlete Representative for two years. She has attended three USAS National Conventions (2018, 2019, and 2020) alongside attending a “She Leads” Conference (2018). Sarah loves both the wet and dry side of the sport and continues to share her passion by coaching your children. Go BAAC!