The Dearborn Dolphins Swim Team is pleased to announce that Shannon Dunworth will return to DRD as its new Head Coach. His coaching resume spans 35 years working with swimmers of all levels, while earning state and national recognition. Returning to his hometown in Michigan, Coach Dunworth will be writing the next chapter of the storied club his father, Jack Dunworth, co-founded. Coach Dunworth began his coaching career with DRD in the 1980’s as an assistant to his father who is also the namesake of the city’s largest pool. We are happy to welcome Shannon Dunworth back to Dearborn and the Dolphins! 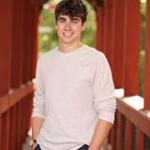 Coach Nolan is in his fourth year with DRD.

He grew up in Dearborn and graduated from Edsel Ford High School. He's been in the water from a very young age and at age 10 he joined DRD and fell in love with the sport. While on the Edsel Ford swim team, Nolan was twice nominated team captain, and a three time state competitor. Being on deck and making a positive impact in swimmers’ lives, just as many of my past coaches did for him, has heavily drawn him to becoming a coach. He is currently attending Wayne State University and studying computer science.