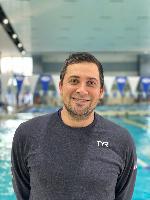 Jim Whitehead began with Michigan Lakeshore Aquatics in April of 2016.  Jim oversees all aspects of the club and coaches the High Performance group.  His execution of his vision for Michigan Lakeshore Aquatics has guided the program to recognition from USA Swimming as a Silver Medal Club (Top 100 Clubs Nationally) in 2018, 2019, 2020, and 2021.  Under his guidance, MLA has developed multiple National and Jr National Champions, won a Team Championship at Speedo Sectionals, and has produced athletes that have qualified for Olympic Team Trials, and been invited to National Select and Zone Select Camps.

Since joining MLA, his coaching staff has been recognized for multiple American Swim Coaches Association (ASCA) Age Group Coach of the Year nominations, and have been contributors at USA Swimming's National Age Group Summit.  In 2019, MLA was one of a handful of clubs in the country ranked by ASCA as a Top-50 Senior program and a Top-50 Age Group program in the same year.  Jim also has the privilege of being named as a USA Swimming National Team Coach in 2019, 2020, and 2021.

Ian Townsend joined the coaching staff in 2020 as the new Head Coach of MLA.  Ian oversees season planning, program structuring, and group advancement for our Age Group (18&Under) athletes and regularly assists with the High Peformance athletes.

Ian spent the previous seven years building the Mid-Michigan Aquatics program in the Lansing, MI area into a multi-site 200+ athlete program, recognized by USA Swimming as a Bronze Medal (Top-200) program in the country.  He did so while also coaching the Grand Ledge High School boys and girls teams in the Lansing area for more than a decade. 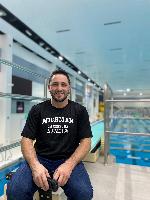 Jean-Luc Miralda started building our MLA Dive Team in 2017.  Jean-Luc brings to MLA a wealth of local, national and international experience as both a Coach and an athlete. During his own diving career, Miralda was a record holder for Hope College in 1-meter, 3-meter; For Honduras in 1, 3 and 10-meter and currently holds HCAC 3-meter pool record. He graduated as an NCAA DIII All-American and MIAA Conference Champion. He was also an Olympic hopeful for the Honduran National Diving Team for the 2016 Rio Olympic Games.

In his tenure as MLA Diving's Head Coach, the program has produced many State qualifiers in all three High School divisions, multiple USA Diving Zone & USA Diving Jr. National qualifiers, various NCAA All-Americans and a 2x NCAA DII National Champion. In addition to his duties with MLA, JL has coached varsity teams at West Ottawa and Holland High and is currently the Assistant Diving Coach at Grand Valley State University in Allendale, MI. 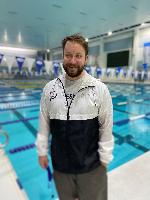 Norm joins MLA with ten years experience coaching all levels of swimmers and working in all aspects of club administration. 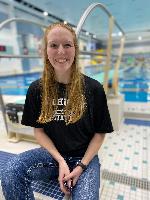 Areal Tolsma joined MLA Diving in 2020.   Areal has 4 years of coaching experience, leading Holland Christian’s High School and Middle School Boys teams, and is an assistant for the HC Girls Varsity and Middle School teams as well.  She is also assisting the Hope College Dive team. 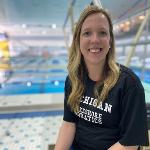 Coach Becca joins us for her first year at MLA Dive in 2021. She comes to us with a wealth of collegiate and high school coaching experience currently serving as Hope College's head diving coach since 2017 where she has produced multiple MIAA Champions, MIAA Most Valuable Divers, and DIII National Qualifiers.

Before her move to Hope College, she served as the Grand Rapids Christian Head Diving Coach for both Varsity Boys and Girls from 2014 to 2017. 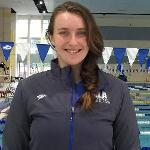 Sara Kadzban joined the MLA staff in 2010, after her own swimming career with the club and as member of the great teams from Holland HS in the 90's.  This lifelong affair with swimming has led her lead the MLA Masters group as well as serving as the Swim Meet Event Director for the Holland Aquatic Center.  A graduate of Northern Michigan University, Sara has a degree in Health & Fitness Management and is excited to have had the chance to return to Holland to work in aquatics in her hometown.