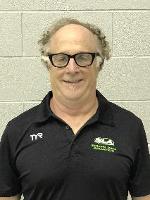 Coach Wood has coached swimming and stroke technique with supportive weight training and conditioning for over 30 years. He has trained elite athletes and age group swimmers with the goal of total physical balance and developing the best all around athlete. Pioneering cross training platforms and psychological readiness with regard to performance.

Coach Wood has produced swimmers that have qualified and competed in the Olympic trials. Nurtured leadership skills that produce Captains at the college swim program level. Mentored and motivated individuals to go on to coach programs to expand swimming, water safety, physical education and community involvement to many more individuals. 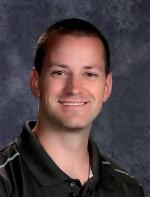 Aaron brings to SLA a total of 14 years of being a swimmer and 7 years of coaching experience.

Originally from Newton, Kansas, Aaron began swimming when he was eight years old and had success throughout his four years on the Newton High School Varsity Team and his four years at Henderson State University. During his time at Henderson, Aaron was an all academic athlete while he obtained his Bachelors in Education, and was an assistant coach for his college swim team for a year.

Aaron moved to Michigan in 2013 where he began his teaching career in the Lansing area. From 2013 until 2018, he was an coach for the Delphinus Swim Club in Lansing, and during a portion of that time he was the coach for the Williamston High School Boys Swim and Dive team. Currently, Aaron teaches at Genesee Academy in Swartz Creek where he teachers Physical Education.  Aaron has been apart of SLA since April 2018 and looks forward to working with swimmers and strengthening their technique.