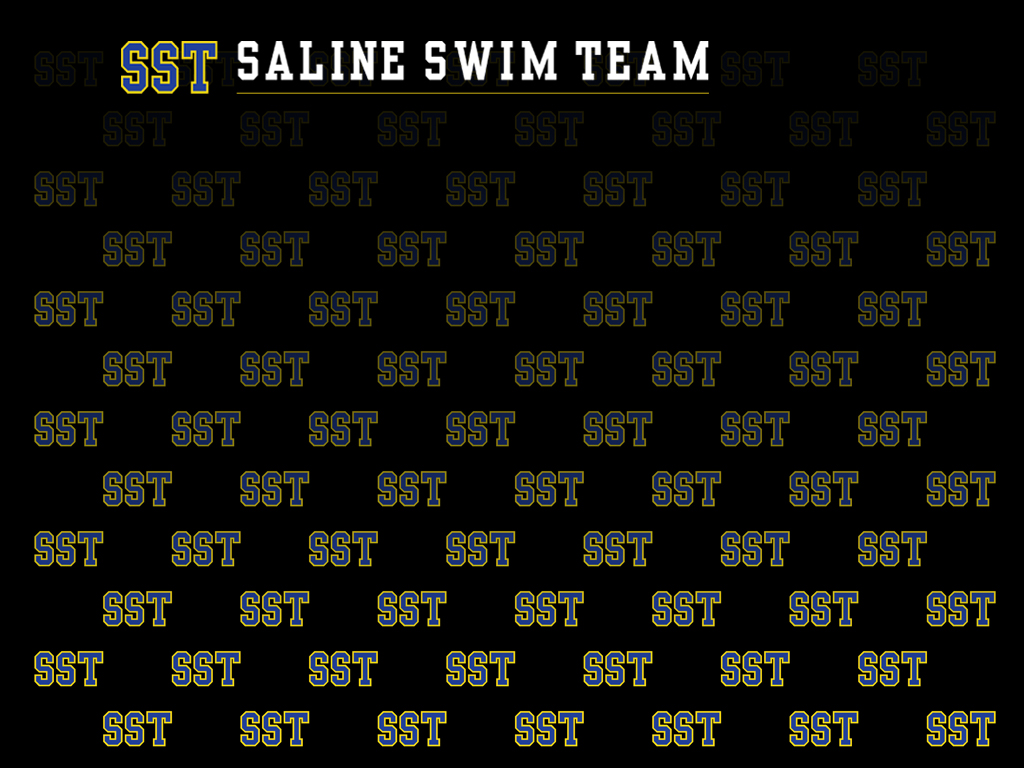 Kristyne grew up in Ann Arbor, Michigan where she began swimming competitively at 5 years old for Ann Arbor Swim Club, Club Wolverine, and Pioneer High School. She went on to compete at the University of Michigan from 2008-2012 where she was a two-time captain and member of the Michigan Leadership Academy. She graduated from the School of Kinesiology with a B.S. in Physical Education and Health.
After graduating from Michigan, Kristyne went on to teach Physical Education, Health, and Water Safety for grades K-8 at the Honey Creek Community School, and began coaching with Saline Swim Team- eventually becoming lead group coach for Platinum group. In July of 2015 she took a full-time position of Associate Head Coach with Saline. In her time as Associate Head Coach with SST, Kristyne has been lead group coach of the Silver group and Senior Groups- helping to lead them to 2nd place at the Michigan Open State Championships and set numerous state records. Kristyne began her new role as Co-Head coach in May 2019.
Before working with SST, Kristyne oversaw the 11-12 age group program at Huron Valley Swim Club, as well as helped to coach with Pioneer High School, Skyline High School, Saline High School, Michigan Swim Camps, and University of Michigan KidSport. She also spent time working with Sunfield Center for Autism, ADHD, and Behavioral Health in Ann Arbor to help create and implement “Movers and Shakers” and "Spectrum of Sports” to helpencourage physical activity and team sports for adults and children on the spectrum. 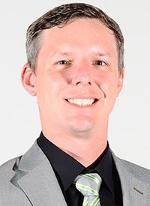 Derick Roe has been involved in competitive swimming since the age of 6. After growing up swimming in Ohio, he went on to compete at Eastern Michigan University from 2005-2009. During his collegiate career he set both the EMU and Mid-American Conference records in the 50 freestyle and competed in both the 2008 and 2012 Olympic Trials. Upon graduating in 2010, double majoring in History and Electronic Media & Film Studies he went on to begin his coaching career.

Derick went on to coach at Colgate University, Ohio University and at Ashland University as the Head Coach before returning to EMU. Derick was an assistant coach with the Eagles until they tragically dropped their men's swimming program in 2018. During his collegiate coaching career he helped lead athletes to multiple school and conference records, as well as NCAA All-American's. Following EMU, Derick made the decision to move to Club Coaching with the Greater Pensacola Aquatic Club. He is very excited to join the Saline Swim Team and it's wonderful staff.

Please refer all administrative and organizational queries to Nick (munselln@salineschools.org)

Nick Munsell began swimming at age 8 for Milan Swim Club. Nick switched to SST when he moved to Saline in 7th grade (1997) and has been involved in Saline Swimming ever since. Nick’s coaching experience began soon after high school when he helped coach the Saline men’s high school team for the 2002-2003 season. Nick coached at Travis Pointe Country Club from 2003-2005 and began coaching for Saline in 2004. While Nick has steered his talents away from the pool deck, given his consistently increased administrative role, he can still be seen around the pool and office most days. Nick is passionate about the sport of swimming and is dedicated to helping continue the fine traditions of SST swimming.

Kyle started swimming at the age of 5 for the Saline Swim Team. He swam for various clubs in the area before swimming for Saline High School and then Eastern Michigan University where he specialized in butterfly, backstroke, and freestyle. While at EMU, he started coaching at Travis Point Country Club, and eventually started coaching year-round with SST. Kyle stopped coaching to move south and focus on his career in sales, but his passion for swimming and coaching never died. He is excited to be back in Michigan and at a point in his career where he can come back to coaching and spread his love of swimming within the community he grew up in.

Johnny Young is from Canton, Michigan where he began swimming at age 8. He began swimming career with the Plymouth Canton Cruisers and was a four-year letter winner and varsity swim captain at Culver Military Academy. Johnny began coaching at Saline in 2015 as an assistant coach across all groups, from Minirays through Senior. Later on, Johnny took on the role of Lead Bronze Coach and in 2018 also began working as the Lead Gold Coach. Johnny currently attends the University of Michigan, where he is working towards a dual degree in Computer Science and Business Administration and is a member of the Michigan Triathlon team. 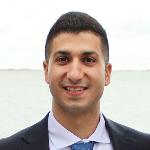 Alan grew up in Croatia where he began swimming competitively at age of 6. After being part of Croatian Junior National Team, he went on to compete at Eastern Michigan University from 2008-2012 where he specialized in butterfly and backstroke. He graduated with a B.A. in Psychology and Nutrition, and a M.S. in Exercise Physiology.

After graduating from EMU, Alan started coaching swimming and conditioning with Club Wolverine. He also spent time working as a clinical exercise physiologist at Michigan Medicine and a personal trainer. 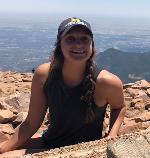 Ember started swimming at the age of 5 in her hometown in the Chicago suburbs. She continued swimming throughout the Chicago area and coached youth ages 6 to 18 on a local team from 2008 to 2014. Ember went on to compete at Carthage College in Kenosha, Wisconsin, where she specialized in distance freestyle, was two-time captain and a member of the women’s water polo team. She stepped away from coaching to complete her Master’s degree in Environmental Justice, but is excited to start sharing her love for the sport with young swimmers again at SST.

Gabe has been a competitive swimmer since age 7. After starting with Club Wolverine, Gabe went on to attend Skyline High School where he was a state qualifier all four years and was a Senior Captain. From there, Gabe swam at Kalamazoo College earning the freshman MVP title. He has over two years of coaching experience at Liberty Athletic Club and is excited to share his love for the sport here at Saline. 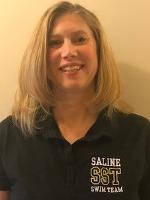 Shannon McNamara has been involved with swimming since the age of 8, starting in Flat Rock. She swam on a co-ed high school team at Flat Rock High School and continued her swimming career at Wayne State University.  Soon after college, Shannon starting coaching high school swimming in the Downriver area, first in Taylor and then in Woodhaven where she currently teaches.  After having her first daughter, she stepped away from coaching until her children began swimming themselves. Shannon coached for 4 years as an assistant coach for the Trenton Swim Club.  She is also currently the middle school head coach of the Simpson Middle School Team in Flat Rock. She loves working with kids to reach their goals. 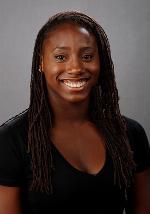 Amelia Armstrong-Grant grew up in Ypsilanti MI and has swam competitively since she was six years old. She swam at Saline High School in 2012-2016 as well as Club Wolverine, Plymouth-Canton Cruisers and Ypsilanti Otters. As a club swimmer, Amelia was a five-time All-American, Junior National qualifier, state champion in the 100 free, 200 free, 200 free relay, and 400 free relay. She also held the Saline High School record in 100 and 200 free. For Saline High School, Amelia was a two-time state champion in the 400 free relay, as well as state runner-up in the 200 free. Amelia received a scholarship to swim at the University of Iowa (2016-2017). After her freshmen year, she transferred to Eastern Michigan University (2017-present) where she specializes in sprint and mid-distance freestyle. At MAC Championships she placed top 16 in all of her individual events. Her relay placed second in the 400 medley relay, fourth in the 800 freestyle relay, and fourth in the 200 freestyle relay. At EMU, Amelia trained sprint for Derick Roe, former assistant coach for EMU and current Co-Head Coach for SST. She is majoring in Psychology and minoring in Criminal Justice. She will be graduating this spring of 2020. After she graduates she plans on going on to graduate school to earn a PhD in Psychology.

Amelia began coaching in 2010, at the age of 12 in Ann Arbor, as an assistant swim instructor Swim Smart Academy, under Valerie Waters. She coached for five years at the academy. She has worked as a lifeguard since 2015, both for Rutherford Pool in Ypsilanti as well as Fuller Pool in Ann Arbor. In 2018, Amelia began working at Gretchen’s House in Ann Arbor. She worked to keep the children safe while at the pool, keeping an eye on them as well as showing them how to swim. She coached for Ypsilanti Otters Swim Team in 2018 as well. Currently, she coaches private lessons at Fuller pool. Amelia is currently part of the Minority Association For Healthcare Professionals at EMU.

Amelia feels blessed to have been given to have the opportunity to work with SST and is very excited to begin working with both the coaches and families.

Edmund grew up in Saline, Michigan and just recently graduated from Washtenaw Technical Middle College. He plans to pursue a degree in sports management at Cal Poly beginning in the fall. He began his swimming career with SST when he was 8 and never left. He also swam for Travis Point Country Club and Saline Middle School, where he spend the past two seasons as an assistant coach. During his time coaching for SMS the team complied a 12-1 record and won 8 events at MISCA championships. Edmund is excited to bring his experience and love of the sport to SST.

From 2013-2019 Coach Jeff Gross was Head Coach of Saline Swim Team. During his tenure, Coach Jeff oversaw the evolution of SST from results outside of Michigan's top 40 to a club reliably placing inside the top five, including multiple top three finishes the at Michigan 13 and over state meet. Recently, Jeff stepped back from the day to day operations of the club, but can still can often be found around the pool supporting various groups.
Before arriving in Saline, Coach Jeff was Assistant Head coach of the Island Stingrays, based in Tai Tam, Hong Kong. During his time with Hong Kong Stingrays, Coach Jeff helped twelve swimmer qualify for Hong Kong Age group Nationals, who collectively competed in over 30 events. From 2006-2011, Coach Jeff was Director and Head Coach of the Bridgewater Tide Swim Team in Bridgewater, NJ. Jeff attended Boston University where he studied English and Education. Coach Jeff is CEO and Founder of swim services company, Techniq Group, and lives in Ann Arbor with his wife Jenn and daughters Addie and Nora.

Riley grew up in Saline, Michigan and is currently attending Saline High School. After graduation in 2019, she looks forward to furthering her education and hopefully entering the medical field. Riley began swimming on SST when she was eight and never left. She also participated in the Girls Swim and Dive Team during high school, specializing in sprint freestyle and backstroke. Riley has spent time volunteering with SST in the past year, and she is excited to give back to the community that supported her and her love of swimming for so many years.

With over 39 years of aquatics experience, Sandy Stafford has held many positions in the swimming world. Before arriving in Michigan in 1992, Sandy worked at various facilities in Florida and in her home state of South Carolina.  Currently, Sandy is the Aquatics Program Specialist for Saline Community Education. Her responsibilities include but are not limited to all aspects of Saline High School pool and various community events. During her coaching career, Sandy has coached all Saline swim programs to successful results, including High School, Middle School, and SST. Additionally, Sandy coaches middle school cross-country and privately trains many adults helping them achieve their fitness goals.  In her “free time” Sandy remains dedicated to her own training as a marathoner and triathlete.