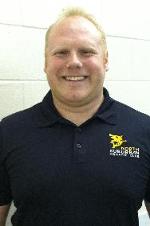 Coach Rory is the Head Coach and lead National, Senior and Junior Coach. He started swimming when he was 7 years old in Alexandria, Minnesota.  In High School he was a Four-year Letter Winner, All Conference, All Section Team, State Qualifier, and School Record Holder in the 100 Backstroke. Coach Rory also lettered in football as a two-year starter, and in baseball, receiving the Coach’s Award in his senior year. Rory swam for four years at Hamline University, where he was a four-year letter winner, all-conference and two year captain.

Coach Rory’s coaching career started in Princeton, MN, as the head coach of the girls’ team and assistant for the boys’ team in 2003 at Blaine High School.  After two years with Princeton, Rory was hired as an Assistant with the girls’ team at Blaine and was later promoted to Head Coach for the Girls’ Team.  In 2009, he also took over the Boys’ Team as Head Coach.  During his tenure at Blaine, Coach Rory has led his team to a Section Championship for the Boys’ Team (the first one in 20 years), back-to-back Section Championships for the Girls' Team in 2013 & 2014.  His teams have set 17 School Records, 6 Section Records, and 3 Pool Records.  Under Coach Rory, Blaine athletes have also had multiple top 16 and top 8 finishers at MSHSL State Championships, 5 scholarship athletes, and multiple athletes competing in college at all levels.

Coach Rory lives in Isanti, MN, with his wife and three children. 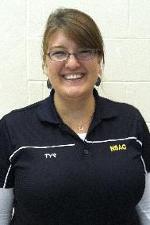 Coach Kristen began her swimming career while attending swim camps with her dad at the age of seven. She watched him coach at St. Catherine University and fell in love with the sport. She joined the Blaine High School swim team in 7th grade, as a distance swimmer turned breaststroker, and served as captain her senior year. She went on to swim at the University of St. Thomas and specialized in the 100 & 200 breaststroke and was elected captain her senior year. She served as an assistant coach for both the girls Lakeville North High School and girls Blaine High School teams. She is looking forward to being back on deck and helping swimmers be successful. 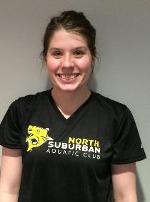 Coach Randee began competitive swimming at eight years old.  Growing up in Blaine, she swam on local club teams and eventually joined the Blaine High School Swim Team in 7th grade. Coach Randee had a great career at Blaine. She was a state participant every year during her six years on the team, as well as, all-conference, all-section and all state honorable mention.  She was also named Team Captain her Senior Year. Coach Randee held five records during her time at Blaine, which includes the 50 and 100 freestyle, along with the three relays.

After Blaine, Coach Randee carried her swimming talents to the Univeristy of Wisconsin-Milwaukee and competed at a Division 1 level in the Horizon League for four years. During her time at Milwaukee, Coach Randee was a pool record holder in the 400 freestyle relay and also helped Milwaukee reach two Conference Championships in 2012 and 2013.  Coach Randee graduated from UW-Milwaukee in 2013 with a degree in Kinesiology and a certificate in Nutrition.

Swimming has always been something Coach Randee has been passionate about and she is looking forward to sharing her swimming knowledge with the NSAC swimmers. 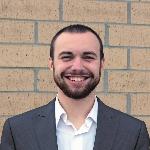 Coach Tristan began competitive swimming with NSAC as a 4th grader. He was also part of the Mounds View High School Swim Team, and went on to become a member of the UW-Stout Swim Club. His specialty is long-distance, and he has always considered endurance to be his strong-suit. While attending UW-Stout, Tristan began his coaching career with MAAC as the lead coach of their equivalent to Bronze. After moving back to the Twin Cities in 2017, he began to coach with NSAC. When not coaching, Tristan spends his time as a Graphic Designer. 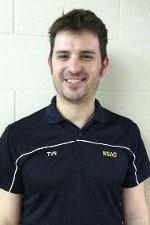 Coach Chris began swimming lessons at the age of 2, and eventually progressed to swimming with the Northwest YMCA Marlins, and then the Mounds View High School Swim Team, where he was captain for a year.  In 2000, he began working with the Northwest YMCA as a lifeguard and swim instructor, and he is still employed by them.  Also during his work experience at the YMCA, he coached the Marlins swim team for several years and became a Red Cross Lifeguard Instructor.

Coach Chris graduated from Mounds View High School in 2002 and is going back to college to work towards a Bachelor's Degree in Education.