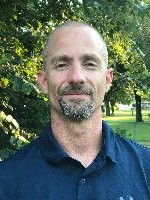 Paul moved to Minnesota in 2014 from South Florida.  In September of that year he became the head coach of the Southdale YMCA Sharks in Edina.  In his 6 years with the Sharks they won three consecutive state Championship Titles, 3rd place team overall at the Midwest YMCA Regional Championships, and created the 1st YMCA national team from Minnesota to compete in recent history.  As a young swimmer Paul was a nationally ranked age group swimmer. He was a three-time South Eastern Zone Qualifier. His favorite events were the 200 free and 100 fly. As a high school swimmer, he qualified for state in both individual events and two relays all four years. He finished 5th in the 200 free his junior and senior year.  Paul graduated from Florida Atlantic University with a BS in Business Management.  Paul coached in South Florida for Wellington Swim Team as their head age group coach, and as head coach for Palm Beach Central High School where he also taught math for 9 years.  Paul has also been an assistant coach in Orlando for Patriot Aquatics and Lake Brantley High School.  Paul has a passion for his swimmers to enjoy their competitive swimming experience, so they desire to continue to swim as part of a healthy lifestyle.  He also hopes they take the tools they develop from the sport to help them succeed in whatever they choose to do in the future.  Paul is excited to bring his experience, philosophy, and coaching style to Velocity Aquatics and looks forward to many years of success in and out of the water.  In his free time Paul enjoys playing pool and spending time with his family and friends, including his 2 dogs (Flyer and Rogue) and his 2 cats (Cloud and Storm). 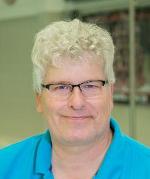 Carl first started coaching swimming in 1979 with the Northwest YMCA in Shoreview. During his time there the team won its first three YMCA state championships. Since then Carl has coached several teams in Minnesota and Wisconsin associated with USA swimming. During that time two swimmers he coached have gone on to set National age group records, and he has coached several individuals and relays to Age Group State Championships, and top 8 finishes. Most recently he was the age group coach at The Great Wolf Swim Club. In addition to his coaching expertise, Carl also has a background in education as a former 8th grade science teacher, and is still an active substitute teacher. Carl has an incredible ability to find fun ways to help swimmers at each level develop great technique, and learn to believe in themselves. 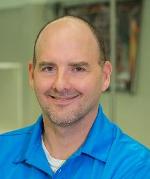 Mark started age group swimming at age 11 and swam in Avon, IN for four years before moving to Minnesota.  He swam for two state championship teams at Minnetonka High School, was all-state three years in the 100 backstroke, and won several age group state championships while swimming with the Mach III Flyers.  Mark swam collegiately at St. Olaf College where he was a four year All-American, placing at NCAA Division III Nationals in the 100 fly, 100 back, and 200 back.  Mark is also a Masters Swimmer, still competing in meets occasionally and is the Head Coach of the Delano-Watertown Boys High School Team 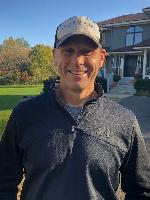 Nick started competitive swimming at age 7 and swam through High School on the Bellingham, WA YMCA Swim Team – competing in YMCA Nationals in 1990 & qualifying in 1991. Following High School, Nick joined the US Navy SEAL Teams and served 21 years before moving to Minnesota.  Nick has been an assistant coach with the Metro Marlins Swim Team in Orono for the past three years and has coached many of the Orono swimmers that have recently chosen to join Velocity.  He has two daughters that currently swim - Sammi (age 13) and Ainsley (age 8).  Sammi swims for the Orono High School girls team and Ainsley joined Velocity in September 2018.  Nick is excited to share his love of aquatics with each swimmer!  He believes that sports (especially swimming) is a great way to challenge kids while building the self-esteem and confidence that they will use to succeed in whatever endeavor they choose in life. 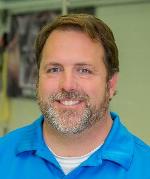 Ryan has coached and participated in several different sports through out his life and believes that many life lessons can be learned through participation in athletics.  He has been a lifelong swimmer and has always been an Olympic swimming fan.  Has seen the positive benefits both in and outside of the pool that a sport such as swimming can provide.  Swimming teaches goal setting, time management, dedication, body control, self-awareness and perseverance, among other life lessons.  Believes that swimming provides a place for athletes of all abilities an opportunity to participate in a sport.  His wife Jennie and three children (Laila, Graysen and Sadie) live in rural Delano.  Outside of the pool he is a farmers market vendor, gardener and father.

Matt started competitive swimming at the age of 8, and competed in the USA Swimming South Dakota Summer League for 10 years. During his competitive years Matt was a 6x Age Group Highpoint Swimmer, and 2x Male Swimmer of the year at the SD Summer Team State Championships. Matt, was also an assistant and co-head coach of his hometown swim team (Milbank Area Lions Swim Team) for 3 years, and helped lead them to their first ever Summer League Team State Championship. Matt previously coached for 6 years as an assistant with the Great Wolf Swim Team. During his time coaching with Great Wolf Matt had several swimmers achieve both State Championship and Zone qualifying times. Matt is a very active and motivating coach, and enjoys watching the growth and improvement of his swimmer's both in and out of the pool. 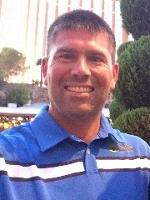 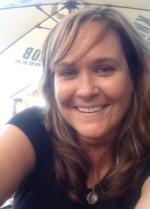