On the club level he has trained and developed top eight and under, Silver, Junior Olympic, Zone, Top 16, Junior National, U.S Open,  National /Senior National Qualifiers and New York State Champions. Coach Alex has won numerous LEAGUE titles throughout his Varsity career. He  has spent most of his life involved with the sport. He trained with the Connetquot Swim Club during his swim years and was captain of his High school team. Coach Alex is a high school science teacher. He is a Certified First Aid, lifeguard & CPR instructor. Also during the summer months Coach Alex is a senior Ocean Lifeguard, and enjoys staying physically active, competing in triathlons, and watching kids swim fast. Coach Alex prides himself on developing the "total athlete". He believes each swimmer has an opportunity to use the sport to learn the skills necessary for a successful life, while having fun and swimming fast at the same time. Physical, mental, emotional, and social traits are all aspects of his philosophy. His goals include developing each athlete at every level in swimming to their greatest potential. 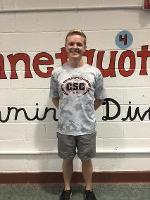 Coach Matt has been coaching for the Connetquot Swim Club for 5 years. He has swam on the team since he was 6. He is a certified Ocean lifeguard with the Town of Islip and is certified in first aid and CPR. Coach Matt also swam on the Connetquot Varsity swim team and was captain his senior year. He attends Suffolk Community College where he swam an additional 2 years. He is very passionate about swimming, loves to see all swimmers excel and is very happy to be apart of the CSC family for so many memorable years.