Ethan has been with The Devilfish for over seven years and is entering his 13th year of coaching, his 6th year as a Head Coach, and his 3rd year as being the Head coach of the merged Monroe-Woodbury Devilfish Aquatics.  He is also in his 1st year as an assistant coach at D1 Marist college.  He started his coaching career with The Millbrook swim team.  While coaching The Devilfish, some of his accomplishments include: being selected as a Metro Zone Team Coach in 2011; coaching the nine to ten year-old boys to ESSL Championship High Point Winner; coaching numerous DA Swimmers to Metro's top ten/twenty-five in multiple strokes and in IMX Points; coaching multiple swimmers to Junior Olympic finals in multiple strokes; coaching a swimmer to multiple JO wins, JO records, and multiple top 20 in the nation swims; and top 10 in the nation.  Ethan is a ASCA Level 3 Coach, and attended the Level 3 Physiology School.  He is a personal trainer and was employed by the NYSP for over 31 years, with numerous different specialties.  Ethan was a defensive tactics /physical trainer at the SP Academy for five years and he ran the Zone 5 Law Enforcement Academy defensive tactics/physical training program for three years.  When he is not coaching, he likes to read up on swimming.

Amanda Griffin is a graduate of SUNY Cortland with a Bachelor’s Degree in Physical Education.  She began her swimming career with the Vikings Aquatic Club.  She continued training and competing throughout her high school years with the Valley Central Varsity Swim Team.  While attending college, she swam for SUNY Cortland’s Club Swim Team.  Her best stroke in the water was the Breaststroke and she competed in the100 Breast in many championship and sectional meets.

Amanda has experience as a Water Safety Instructor and has taught adapted physical education swim lessons for the Cortland Adapted Swim Team.  With her degree and full-time job as a Physical Education Teacher, Amanda knows how people develop and how to keep sports fun and enjoyable.

Amanda enjoys all sports; but swimming has a special place in her heart.  It is her goal to pass her passion and dedication for the sport down to her swimmers.  She interjects some fun into her practices, but also wants her swimmers to realize, that if they focus and work hard, it will pay off in and out of the pool.  Coach Amanda is ASCA Level II Certified.

Coach Ron was born and raised in Brooklyn.  Ron, his wife, and son and daughter joined the Devilish Aquatics Swim Team in 2010.  In an effort to stay close to his children, Ron became a USA Certified Stroke and Turn Official in 2013; and still represents the team in that capacity today.  Ron enjoyed the swim scene so much, that in 2015, he became a USA Certified Coach.  In his short time as a coach, he has taken great pride in the accomplishments of his MWDA swimmers; and is especially proud of coaching some to Silvers and JO Championships.  When he is not working as a Yardmaster for Metro-North Railroad, you can find him on the pool deck encouraging his swimmers to swim their best.  Coach Ron's philosophy is, "NO EXCUSES; GET IT DONE!" Coach Ron is ASCA Level II Certified.

Renay Cerrato has been around swimming her entire life.  She swam for the Monroe-Woodbury Marlins as an age group swimmer; she swam for Newburgh Free Academy HS, and finished her swimming career swimming collegiately for SUNY Cortland.  Renay has been with the Devilfish Aquatics for many years; first as a parent, then as a board member, and finally back where she belongs; as a swim coach.   Renay is a Special Education Teacher for the Wappingers Central School District, and is also the Co-Head Swim Coach for Roy C. Ketcham Girl's Varsity Swim Team as well as the Co-Head Swim coach for Wappingers Boy's Varsity Swim Team.  Renay is a Level 2 ASCA swim coach and is currently pursuing her NYS coaching certificate. 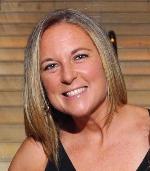 Coach Sarah and her family joined the Devilfish Aquatics Swim Team in 2015 and she became a Board Member in 2016.  She has served as the Board Secretary since that time, helping to complete the merger with Monroe-Woodbury Marlins and truly make us “One Team, One Family”, as the Monroe-Woodbury Devilfish Aquatics.  It is during this time that she discovered her interest and passion for swimming.  She first attended the Red Cross Water Safety Instructor Training and has been the team’s lesson instructor since 2016 at the Marlboro site.  Sarah then took the course to become a certified USA Swimming Coach.  She is also certified by the American Swimming Coaches Association and has attended the Level 2 Stroke School.  Off the pool deck, Sarah is a high school Social Studies teacher and has been coaching Varsity Cheerleading for 17 years.  She spends her free time with her children, Loretta, Sofia, and Frankie.