The 2021 - 2022 season is Coach Brandon Modrov's 14th season with Hauppauge. He's also the swim coach for the Hauppauge High School Girls, Boys and Junior Varsity swim teams. Brandon is a life long resident of Hauppauge and a graduate of Hauppauge High School (2003) and Rider University (2007). Brandon is an American Red Cross Lifeguard Instructor. As a swimmer, Coach Brandon was a 2010 National Championships qualifier in the 100 Yard Breastroke (55.79) and was the Senior Met record holder in the 100 Yard Breastroke (56.10).   While swimming for Division 1 Rider University he was the first and only male swimmer to be selected Rider University Athlete Of The Year (2006). He was also the Metro Atlantic Athletic Conference (MAAC) Swimmer Of The Year for 2006 and 2007 seasons. Brandon was the school recorder holder in the 100 Breast, 200 Breast, 200 IM, 400 IM, 200 Free Relay, 400 Free Relay, 800 Free Relay and he held Rider pool records in the 100 Breast, 400 IM, 200 Medley Relay, 400 Medley Relay, 200 Free Relay and 400 Free Relay.

The 2021 - 2022 season is Coach Katie's 8th season with Hauppauge.  Katie coached for the Sachem Swim club for over six years before coming over to Hauppauge.  Katie is also the Head Swim coach of the Sachem East Girls Varsity Swimming & Diving team and the middle school team. As a swimmer Katie was a member of the Sachem Swim Club for 14 years. While a member of the team she qualified for JO’s, Senior Mets and Zones on a yearly basis. Coach Katie was also a member of the Sachem Varsity Swim team for 5 years, where she was an All-County/All-League swimmer and is still a part of the 400 Freestyle relay record at Sachem North. After graduating from Sachem Katie went on to East Carolina University where she received her degree in Communications and minor in Sports Studies. She was a member on their division I swim program all four years and enjoyed her experience as a Pirate!m  In 2010 Katie graduated from Dowling with her Masters in Childhood and Special Education. Katie is looking forward to a long and successful career with the Hauppauge Swim Club. She is excited for the future of the team and to work alongside coaches she respects.

Sean has been involved in Coaching and instructing swimming for 25 years. He is the current Head Swim Coach and Head Swim Instructor at Centerport Yacht Club. In the past Sean was an Owner/Manager for Saf-T-Swim Swim Schools for 20 years. While there he helped develop their developmental Swim Team and was the Head Coach for every swim school for 10 years. He coached at University Swimming Farmingdale before coming to Hauppauge. He has also been Head Coach for Summer Swim Teams at Southward Ho Country Club In Bay Shore and North Fork Swim Club In Matittuck. Sean also taught lessons and was a Swim Team Coach at Ivy League School. Sean has also been a youth travel soccer coach for over 10 years and has also coached travel baseball in the past.

As a swimmer Sean swam for Central Islip Aquatics for Coach Rick Ferriola who is now the Head Coach at Long Island Express as well as for the Three Village Swim Club for then Coach Barry Roffer. Sean also was a 6 year Varsity Letterman and 4 year Captain at Central Islip High School and also played 4 years of Varsity Soccer and was a 3 year Captain. Sean went on to play soccer at Suffolk Community College.

The 2021 – 2022 season is Coach Nina’s 3rd season with Hauppauge.  Nina coached for the Team Suffolk Swim Club for fifteen years before coming over to Hauppauge.  Nina just finished her third season as the Head Swim coach of the Half Hollow Hills Girls and Boys Varsity Swimming & Diving teams.  Nina coached at the U.S. Merchant Marine Academy serving as the Assistant Swim Coach and Head Water Polo coach from 1993-1997. She also coached at Queens College as the Assistant Men’s Swim and Water Polo coach from 1988-1992.

As an age group swimmer Nina was a member of the Sachem Swim Club and the Town of Islip Swim Club. She qualified for Senior Mets, Junior Nationals and Zones. She is the former Metro record holder and Senior Met champion in the 100 yd. backstroke. Coach Nina was also a member of the Sachem Varsity Swim team for 5 years, where she was an All-County/All-League swimmer and the Section XI MVP during her senior year in high school. She competed at the NYSPHSSA meet all 5 years.

After graduating from Sachem, Nina went on to Bucknell University where she received her degree in International Relations. She was a member on their Division I swim program all four years and was a founding member of the woman's water polo club team. She competed on the silver medal US Olympic Festival water polo team in 1993. 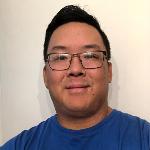 Coach Jeff joined Hauppauge in 2021. Prior to joining the coaching staff he has served as a USA Swimming Official since 2009, and has officiated at hundreds of swimming meets including the Open Water National Championships and US Paralympic Swimming Trials.  He is presently a chair of the Metropolitan Swimming Open Water Committee, and enjoys open water swimming.

Jeff previously coached at the Three Village Swim Club, working primarily with the Junior group. He coached for Stony Brook University, a Division I Women's and Men's Swimming and Diving Program at the time, under Head Coach Dave Alexander. He also coached for North Shore Swimming, working with groups 1.5 through 5. As a coach, Jeff has been selected for the Metro Zone Team and the Empire State Games. He also has been selected for the US Delegation to the Giochi della Gioventù, an Olympic-style multi-sport youth games held under the Comitato Olimpico Nazionale Italiano (Italian National Olympic Committee).

As a swimmer, Coach Jeff swam for the Three Village Swim Club starting at age 4, and was a team record holder in the 200 Butterfly. He also swam for Ward Melville High School, held the team record in the 100 Butterfly, and earned All-State Honors. In college, he swam at Johns Hopkins University and was a NCAA B qualifier in the 200 Butterfly, and later at Stony Brook University where was team captain and America East Conference medalist.  He majored in Neuroscience and Public Health, and minored in Adapted Aquatics.  Coach Jeff has been a volunteer with the American Red Cross since 2001, including as former member of the Disaster Action Team and Lifeguarding and Water Safety Instructor Trainer.

The 2021 - 2022 season is Coach Nancy's 2nd season with Hauppauge. Coach Nancy is happy to join the Hauppauge Swim community with more than 30 years of teaching and coaching swimming experience.  Nancy began competitively swimming at the age of 7 for the West Islip Swim Club, swam for the West Islip JV & Varsity swim team during her school years, and continued swimming through college at Towson University, competiting in many top level competitions including the Junior Olympics, Zones and college level competitions in the 200 IM & 100 Backstroke.

Nancy began teaching swimming and lifeguarding in high school, and organized a swim program, including a small swim team, at the Dunewood Bay Beach during her summers of school.  After graduating college, Nancy made a career out of swimming as the Aquatics Director and Head Swim Coach for the Suffolk Y JCC Swim Team for 15 years.  Nancy expanded the JCC swim programs, building a swim program including swim lessons for infants to adults, and two swim teams, a competitive and non-competitive team.  She also had the privilege of training several Commack, Smithtown and Half Hollow Hills Varsity swimmers who later went on to swim in college, including Stony Brook, Penn State and Binghamton University.

Nancy emphasizes the foundations of swimming such as stroke form and kicking technique to ensure swimmers can become more efficient, faster swimmers, while creating a fun and safe environment for all.  Swimming not just a sport, it’s a life skill!   Nancy has a Bachelors of Science degree in Elementary Education with a minor in Special Education.  Nancy is the proud mother of three children, Robbie, Grace and Emily, and a yellow lab named Tobi.