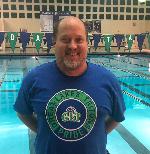 HI, I am Shawn Kornoelje. I am starting my 34th year of coaching, which has included working with all levels of swimmers from Novice to International. I have enjoyed working with Great Lakes Tritons as the Head Age Group Coach! I was a member of the U.S. Paralympic coaching staff from 1998-2004. Assisting in the training and preparation for teams going into the 2000 Sydney Games, the 2002 World Championships in Argentina and the 2004 Athens Games, where I served as the Head Coach of the US National Men’s Paralympic Swim Team. I also served as a volunteer assistant coach for the University of Michigan's Women's swim team, which finished as the NCAA championship runners-up in 1995. The first Women’s Team EVER other than Texas, Stanford, Florida to have that high of a NCAA finish!! During my 11 year tenure at Oakland University as Associate Head Coach, I had the privilege to recruit and coach some outstanding student-athletes. I work very hard to bring all the experiences of my coaching into the Great Lakes Tritons. Breaking down what I believe is necessary for success, both in and out of the water!! I grew up in Zeeland, Mich., and a 1991 graduate of Eastern Michigan University, and a Masters degree from Wayne State in 2006. I live in Clinton Township with my wife, Cheryl Angelelli, a 3x Paralympic Swimmer, and Champion Wheelchair Ballroom Dancer. She won 2 Bronze in 2004 Athens, and 2 Silver in 2008 Bejing Paralympic Games. We have two ‘furry’ children, Lexi and Charlie, ShiTzu’s that like barking at anything that moves outside!! 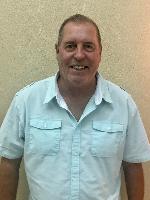 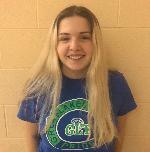