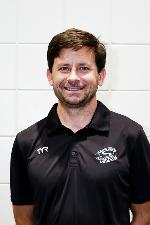 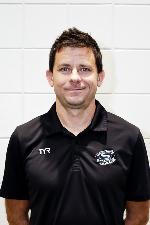 Chuck is married to his lovely wife Nicole and they have son named Braden and a daughter named Chloe!  They love the outdoors, playing Ultimate Frisbee, Mountain Biking and camping. If you’re up for a ride, you can join Chuck on most sunny days at Murphy Hanrehan!

Garrett enjoys spending time with family and friends when he isn’t working. During the non-winter months he enjoys playing golf and spending time at the cabin.  During the winter months he enjoys downhill skiing with his family.  Garrett has a huge love for the sport of swimming and wants to do as much as he can to improve the younger generations of swimmers.  He spent time in 2015 being a volunteer swim coach for the La Crosse Special Olympics. 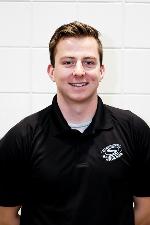 Coach Gunnar started with Storm in the Fall of 2019.

He previously was the Head Coach of the Northfield Swim Club for six years.  During his time at the club Gunnar coached at all levels.  The club nearly doubled club membership and over 100 relay and individual records were broken.  While with the club he also served as the Camps Coordinator for MSI and was on the Tech Planning Committee.  Prior to Northfield he served as Interim Head Coach for the River Falls Swim Club for one year.
Gunnar will also be entering his seventh year as an Assistant Coach with Carleton College.  Gunnar has helped with all facets of the program including season planning, daily training and recruiting.  In the Fall of 2018 he also had the opportunity to teach an Intro to Swimming course and managed the lifeguard staff on campus.
Gunnar graduated from Gustavus Adolphus College in 2012 and was a four year swimmer.  He originally is from Hartland, WI and went to Arrowhead High School where he swam all four years and swam with the Lake Country Swim Team growing up.
When not coaching Gunnar enjoys playing basketball, playing a fun board game and following Wisconsin sports (when the teams are doing well).  Gunnar is engaged to Steph Korba (former Storm swimmer AND coach!) and the two currently reside in Lakeville.

Josie's Swimming Involvements:
Josie enjoys living an active lifestyle riding equestrian dressage and swimming in her spare time. She loves singing, playing piano, and pottery. Josie also has a henna tattoo business and does many festivals and fairs in Minnesota. She swam for Storm as an age group and senior swimmer. She is excited to be back with the team as an age group coach!

Steph enjoys swimming, softball, and hanging out with her family and friends.  She recently joined the Impact Academy Team at Orchard Lake Elementary School as the 4/5th grade teacher.  Steph is excited and grateful to give back to the Lakeville community she grew up in!