Coach Erica Thomas joined the USSC Coaching Staff in 2001 as the Head Age Group Coach, and became the Head Coach and Aquatics Director of the program in 2006.  During her time at USSC, the team nearly tripled in size to approximately 300 year-round athletes.  Since becoming Head Coach, USSC has broken hundreds of team records, qualified numerous swimmers for the Central Zone Sectional Meet, and produced more than 25 NCSA Junior National Qualifiers.  It has been very rewarding to work with such a group of ambitious swimmers and coaches.

I am proud to say that many of our swimmers go on to represent their high school swim teams and many become their team's captains because of the leadership skills and confidence they gain swimming for USSC.

Swimming with USSC has also opened doors for many of our athletes to continue swimming at the collegiate level.  We have had swimmers go on to swim in the Big Ten, Big 12, Conference USA, Horizon League, GLIAC, MIAA, and President's Athletic Conference, just to name a few.

I hold a BA in Psychology with a Minor in Exercise Science, and graduated with a Masters in Counseling in 2009 from Oakland University.  Beginning in 1999, I coached various high school teams in the Macomb and Oakland County area for many years and eventually became the Head Coach for Girls (2018) and Boys Swimming (2010) at Stoney Creek High School, our club's home facility.

Coach Kayla’s story with USSC dates back to 2002 when she joined USS as a new first-time swimmer at age 11. She quickly moved up in groups and achieved State, Zone, Sectional, and Jr National time standards. During that time, she was able to see USSC grow under the leadership of Coach Erica.

Upon high school graduation (2010), she attended Wayne State University where she was a 17-time All-American and seven-time national champion. She broke the NCAA division two national record twice in the 100 breaststroke (2012, 2014), becoming the first female to reach the 1:00 barrier in the race and obtained the school record. She was also a part of the first NCAA national championship for the WSU women’s swim and dive team (2012) where they placed first by one point. During her four years she was able to help the WSU women's team remain dominate and win four consecutive Great Lakes Intercollegiate Athletic Conference team championships.

To kickstart her coaching career, Coach Kayla returned to USSC as an assistant coach (2014) where she worked with Novice to Senior level swimmers. In 2015, she became a Graduate Assistant coach for Wayne State University where she worked primarily with the sprint group helping the team achieve conference and national titles, completing her Masters degree in 2017.

After spending a year down in Cincinnati with her husband, she moved back to Michigan in 2018 and became the Head Coach of the Dearborn Dolphins where she helped further develop and grow the competitive swimming community in Dearborn. Being able to work with Novice level all the way to Senior level swimmers, she was able to coach dozens of JO and state qualifiers. She also had relay and individual division one high school state qualifiers while she was the Head Coach for the Dearborn High School Pioneers (2019-2021).

Coach Kayla holds a B.A. in Psychology and a M.A. in I/O Psychology from Wayne State University. She is also in the Wayne State Athletics Hall of Fame (2020).

Coach Kayla is so excited to be back home with USSC. She knows what it means to be a Polar Bear and cannot wait to share her enthusiasm for the sport with swimmers to make them successful both in and out of the pool.

Coach Clay Youngquist joined the USSC Coaching Staff in 2018 and is currently the Lead Coach of the Senior Development group. Coach Clay also works directly with the Senior Performance group and assists with other groups in the program.

Clay grew up swimming in the Zeeland and Battle Creek areas, coached for many years by his mother, Julie Youngquist, who was most recently the head coach of Lakeview Aquatic Club. Swimming for Battle Creek Lakeview High School, he broke MHSAA swimming state records in the 50 through 500 yard freestyles as well as the 100 yard butterfly.

Clay continued his swimming career at the University of Texas at Austin, coached by the legendary Eddie Reese, where he competed in sprint freestye, mid-distance freestyle, butterfly and backstroke events. As a freshman, Clay placed 2nd in the 200 free and 7th in the 500 free at the Big 12 Championships and contributed to Texas' 400 and 800 freestyle relays, which won titles at both Big 12 Championships and NCAA Championships, and placed 5th in finals at NCAAs in the 200 free. As a sophomore, Clay won the Big 12 title in the 200 free and placed 3rd in the 500 free, and placed 6th at NCAAs in the 200 free. As a junior, Clay won Big 12 titles in both the 200 and 500 free, was a runner-up in the 200 fly, and anchored the 800 free relay in its conference title; and at NCAAs repeated his 6th place finish in the 200 free and anchored the 800 free relay to a 5th place finish. In his senior year, Clay helped lead the Longhorns to a national championship and earned All-American honors in the process.

During the summer months, Coach Clay is the Head Coach of the Western Golf and Country Club Swim Team.

Coach Clay holds a Bachelor's degree (BS) in Kinesiology from the University of Texas. 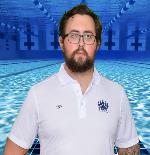 Coach Stephen Smith joined the USSC Coaching Staff during our 2016 Long Course season.  Stephen is the Lead Coach of the Senior Conditioning group and will be assisting on other Senior groups during the course of the season.  Stephen previously coached at Clarkston Sea Wolves and Lifetime Fitness. 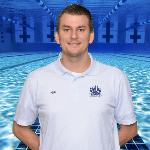 Coach James DeWitte joined the USSC Coaching Staff in 2010 and has held many coaching positions during his time with the team, working with all ages and abilities within the program. For the first several years of his tenure, he was the lead coach of Age Group 2 and, alongside Coach Tim Hickey, brought the 12 & Under State Team to it's first ever runner-up finish at the 2016 Short Course State Championships. In the years that followed, James transitioned to the lead coach of the Senior Development group, where he directly oversaw the development of swimmers that achieved National Age Group Top 100 rankings and the team's youngest Sectional and Junior National qualifiers. James now works for USSC on a part-time basis, primarily assisting with the Senior groups and providing additional educational components for all athletes within USSC.

James joined USSC at the age of 6 and swam competitively as a Polar Bear for 10 years. He was a 12 & Under State Champion and Sectionals qualifier with USSC, as well as a MHSAA Division 1 State Champion in 2007 while attending Brother Rice High School.

Coach James holds a Bachelor's degree (BS) in Health Sciences and a Master's in Public Health (MPH) from Oakland University.

Coach Kat joined the USSC Coaching Staff in 2016 and is the Lead Coach of our Novice program.

Coach Chris Hackett joined the USSC Coaching Staff in 2020 as an assistant coach, working primarily with our Intermediate and Junior groups.

Coach Chris began his coaching career in 2011 as the Head Age Group Coach of the North Oakland Waves. Chris has over 30 years of competitive swimming experience.  He represented Solon (OH) High School and the Solon Swim Club at the State and National Level as a middle distance freestyler.  He swam at the University of Michigan for Hall of Fame coach Jon Urbanchek, and has remained active in swimming as a Masters Swimmer.  He competes at Masters Meets in the pool but really enjoys open water racing.  In 2011, he won the high point award at the Michigan Masters State Swimming Meet.  In 2009, he was the 10K Open Water National Champion for his age group.  In August 2019, he scored for the 14th time in his age group at the Harbor Springs Coastal Crawl.  In his 14 swims he has won 12 times.

Coach Emily Frederick joined the USSC Coaching Staff in 2017.  Emily was a student-athlete at the University of Toledo where she completed all four years as a Varsity Swim Team members, specializing in distance free and butterfly.