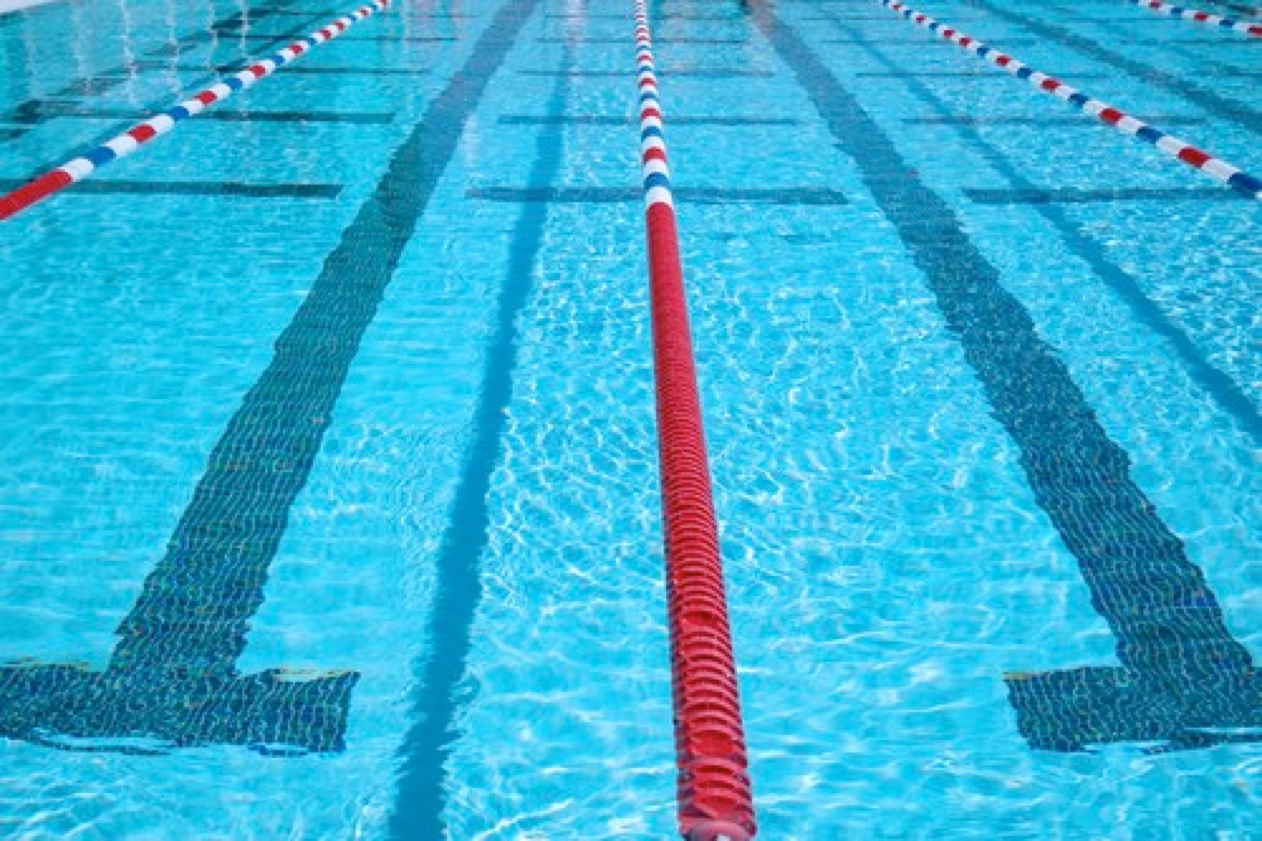 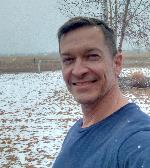 Coach Hans  "My job is to take the best information available and present it to swimmers in a way that helps them reach their full potential."

Swam summer league and a little high school, but only joined SwimAtlanta at 15. Coach Chris Davis, fast progress, first a Jr. National Champion team, then an individual Jr. National win.  Next summer, first Senior Nationals, 4th place.  The University of Texas, a perfect fit, amazing team under Eddie Reese and Kris Kubik, won NCAA championships 3 out of 4 years.  Time to retire (but swimming is so hard to quit!).  From SwimAtlanta, made Pan American team (Cuba!) won gold, back to Austin to train for Trials. Made Olympic team! Won gold on 400MR, finished with personal best.

Jumped right into coaching at Texas A&M (Jay Holmes is still there!) Did swim clinics for many years (borrowing drills and ideas from the best swimmers in the world). Took a break for rural life and raising kids, then jumped back into coaching at Nitro where amazing coaches and families are the norm, and also a small private HS (kids won State!)  I wanted to find the right fit where my skills and talents can make a positive impact in the world, and every day coaching the Barracudas gives me those opportunies. 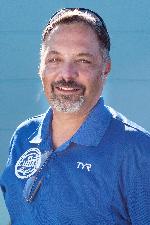 Matt has been in and around competitive swimming for a long time.  He started swimming at age 5 and swam through high school graduation.  He became a swim official at age 19 and officiated high school, college and age group club meets for several years.  Since his daughter began swimming with the Barracudas 8 years ago, he has been a swim parent, a board member/officer, a nationally certified official and now a coach.  He has also been involved with Montana Swimming as Finance Vice Chair and now as General Chair.

Matt wants swimming to be a lifetime activity for our Barracuda athletes and desires for all to learn swimming as a survival skill.  He knows that the competitive swimming community is different than most sports – more collegial, collaborative and familial – and results in life-long friendships.  He gets excited by seeing swimmers attain small successes, at any level of swimming, and the confidence and self-worth that results over time.  Those successes are the result of excellent and efficient technique and hard work. 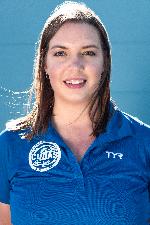 Coach Lisa has a myriad of experience that elevates the coaching staff at the Bozeman Barracudas.  She began swimming competitively at age 10 with the Canby Gators Swim Club in Canby, OR and quickly rose to become a top-level swimmer in the NW/Western Zone region, specializing primarily in sprints and mid-distance freestyle, backstroke, and butterfly.  She achieved several Junior National times and won numerous events and high point awards throughout her teenage years.  She went on to swim in college at Texas Christian University, a Division I school in the Big 12 conference, which has become well known for their athletic programs.  She also served as the team’s student manager and was able to learn the inner workings of a high level collegiate swim team.

Following graduation from TCU, Coach Lisa obtained her Master’s Degree in Clinical Exercise Physiology from Baylor University.  Her primary professional career has been working in Cardiac Rehabilitation, rehabilitating patients with various cardiovascular diseases.  In addition, her degree coursework included courses on motor development from birth to adulthood, with an emphasis on the development of fundamental skills and their effects on future performance.  This has greatly helped her in understanding proper progression of athletic skill and training capacity to achieve success in sport.

Coach Lisa is now in her fourth year with the Barracudas.  She worked as an assistant the first year, enabling her to work with all ages/groups. As a lead group coach, she first started with our primary Age Group level and has since moved up to the Senior group.  Lisa strives to become a better coach each season than the last, learning from both successes and failures.  She truly enjoys the process of developing not only versatile athletes, but also the skills that help them grow personally and succeed outside the pool. 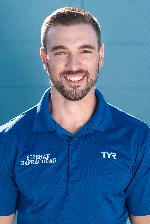 Coach ‘M’ as the swimmers like to call her, is proud to be coaching for the Bozeman Barracudas and is excited to work with young swimmers to develop acute stroke technique and biomechanics for fast, fun, and efficient competitive swimming.

Coach Michele was an avid age-group swimmer and swam under Mark Schubert for the Mission Viejo Nadadores as a youth. After graduating from university, she started coaching for USA Swimming in 1990, and then had the opportunity to meet David Berkoff in 1991 on the pool deck while he was considering graduate school. Not long after that, she met Coach John Leonard of the American Swimming Coaches Association (ASCA) at the U.S. Olympic Training Center in Colorado Springs, where she was invited to attend the 1992 Barcelona Olympics. That year was the most transformative for her confidence as a coach, and it was indeed one of the most memorable experiences of her life, abet launching her coaching career.

While coaching alongside Dave Berkoff, she helped develop some amazingly talented and dedicated age-group swimmers to achieve personal best times, individual goals, a strong sense of teamwork, and personal growth through the love of swimming.  Over the years, several of those swimmers went on to qualify for the U.S. Olympic Trials, and then a few even qualified for the National Team!

After several years of coaching domestically, Michele moved to the United Kingdom and had the privilege of coaching for over 10 years in Northern Ireland, which included Swim Ireland as well as starting two successful Masters clubs in the U.K.

Michele continues to swim competitively, and over the past five years has competed in several open-water swim challenges in the Mediterranean Sea along the Spanish coastline. Outside of swimming, Michele is a faculty teaching professor at Montana State University, and loves being outdoors in the water either swimming, kayaking, or skiing.

One of the proudest moments of her coaching career was when she ran into a former swimmer who had went on to qualify for the 2000 Olympic Trials, whom she had coached from the age of 10, and when asked what was it that kept him swimming all those years, he replied, "It was fun. You always made swimming fun!"  :-) 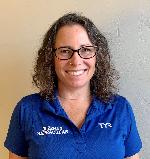 Coach Jen is also the founder, owner, and director of Wavefront Aquatics. Jen started swimming competitively at the age of 6 in the San Francisco Bay area and has never left the pool. She started her swimming career with the summer recreation team and later swam for Orinda Aquatics under Ron & Don Heidary. She swam and played competitive water polo all through high school.

Coach Jen has been teaching swimming since 1991 and has developed programming for several aquatics facilities, trained swim instructors, worked with the US Coast Guard and coached USA swim teams. In 2013 she opened Wavefront Aquatics where she and her staff have provided private learn to swim lessons for children and adults as well as working extensively with competitive swimmers and triathletes.

Coach Jen's goals in coaching are to help provide a lifetime of enjoyment with swimming, promote safety, efficiency, and techniques to prevent injury. Last, but not least, to encourage long lasting friendships inside the swimming community and with the surrounding communities. 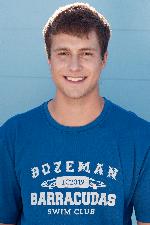 Jesse has been swimming his whole life from lessons to lakes! When he decided to join his first swim club he was in 6th grade for the Beavers in Laramie Wyoming. He soon after fell in love with the people and saw improvement and potential in the pool. He has competed at sectional and zone level swim meets while in highschool. After 4 years of serious dedication to the sport he decided to end his swim career for the love of his shoulder labrum. Now he juggles between being a student at MSU and a swim coach for the barracudas. It has already been 3 years of both! He has found an enjoyable medium between staying in the world of swimming and not destroying his shoulder and shampoo/conditioner bills in the process. His favorite skills/lessons learned through swimming are enjoying discipline, and the inclusivity of all on the team, and learning how to have fun when you are in the middle of a lactate set. He believes swimming is one of the most interesting sports because it teaches people how to enjoy themselves when there is nothing to listen to but the sound of water, and nothing to look at but the blue stripe at the center of each lane. He still talks to the swimmers and coaches from his old swim club in Laramie and is a big believer that a swim club can be just like a family. 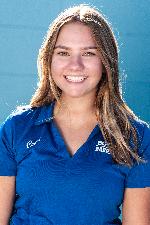 Coach Lyra is from Littleton, Colorado, where she swam for 8 years competitively. Lyra qualified for and swam at summer league state three times in the 100 backstroke and twice in the 200 free. She also qualified for Continental A-Leagues in high school in her 100 backstroke.

Lyra is a sophomore at MSU and studies Soil and Water science. She came to Bozeman to explore the outdoors and get away from the crowding of the city. When she isn’t at the pool, Coach Lyra can be found rock climbing or skiing. Her favorite place to climb is in Livingston or back home in Clear Creek Canyon. She loves to ski at Bridger Bowl and is excited for the snow to start falling.

She is going into her fourth year of coaching. Prior to this season, Lyra coached the Centennial Piranhas in her hometown. She really enjoyed coaching all of the age group swimmers, and even had one of her practice groups win the Division Championship for their age group. Though she is sad to leave her old team, Coach Lyra is super excited to join the Barracudas this season! Lyra is ready to learn and grow with the team and is looking forward to a fun time with the team! If you see her at the pool or around town, don’t be afraid to say hello! 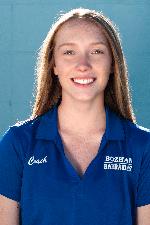 Coach Cynthia began swimming in Helena Montana at the age of seven. Cynthia quickly fell in
love with the sport. She moved to Butte and continued swimming for the tarpons. Cynthia ended
with the Butte High Bulldogs where she received an All-State title.

Cynthia Moved to Bozeman in 2018 to continue her education. She is a sophomore at Montana
State University getting her degree in Biochemistry with a track in Pre-med. Cynthia spends her
free time doing almost anything and everything outside such as climbing, skiing and hiking.

This is Cynthia’s first year with the Barracudas and her first year coaching. She is excited to use
her prior knowledge and love for the sport to pass it along to the other swimmers on the team.