MEET THE MARLINS COACHES & BOARD MEMBERS 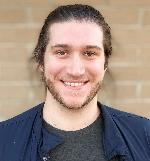 Coach Reid comes to the Marlins from Evolution Aquatics in North Carolina, where he coached since 2018. At Evolution, he was the lead coach of two age group training groups and the assistant coach to the pre-senior and senior groups. As the assistant to the senior training groups, Reid worked alongside head coach Mark Minier, a former U.S. National Team coach. Alongside Minier, Reid coached swimmers with Speedo Sectionals, Futures, Junior Nationals, and Olympic Trials qualifying times.

After a stint in Georgia where he trained with SwimAtlanta, swimming for 1988 Olympic gold medalist Doug Gjersten as well as his future-former boss Mark Minier, meanwhile sharing a house with the most decorated Division III swimmer in NCAA history, Andrejs Duda, a two-time Olympian for Latvia, Reid headed north to Kalamazoo College. At Kalamazoo, Reid swam collegiately, becoming a 4-year varsity letter winner. Being neither a great sprinter nor having the patience to swim the mile, Reid accepted his fate as a 200 butterflyer and embraced the race as his best event while at Kalamazoo.

When he is not coaching, Reid swims on his own or with friends when possible, and spends too much time nerding out about swimming online. Reid is an expert on swimming gear, training equipment, tech suits, and all gizmos meant to help swimmers train smarter and more efficiently. As a contributing writer at SwimSwam.com, the world's most popular swimming website, and as the former ecommerce specialist for the third-largest swimming retail outlet in the United States, Reid has a deep understanding of the swimming industry and has been fortunate to meet many of the greatest swimmers and coaches in the world and witness some of the fastest swims in history (17.63, anyone?) while reporting live and poolside at major swim meets.