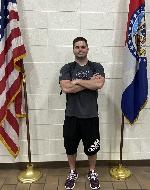 Ethan enters his 4th year at MSA and 12th year of coaching.  In his first years the club has seen growth, stability, and success at all levels from age group development to Junior National qualifiers.  We look forward to another great year!

Before coming to MSA Ethan was a lifelong swimmer and was a coach with the Cedar Falls, Iowa based Black Hawk Area Swim Team for 8 years working with all age groups.  His last couple of years were leading the 11-14 year old age groups, earning Iowa Age Group Coach of the Year in 2016.  During many of those years he was the assistant Senior Coach before running the Senior groups in 2017. 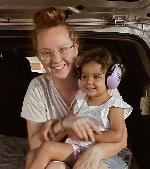 Kaitlin is starting her third season with MSA this year. She is originally from Springfield, Mo where she started her swimming career at Central High School. She graduated having gone to state all four years, one as an alternate and the other three a qualifier. Kaitlin swam club right here at Missouri State Aquatics. After graduating high school, she continued on to swim for Tabor College in Hillsboro, Kansas. She was a National Qualifier for the Bluejays. Kaitlin moved back to Springfield after her freshman year and she took the job of head coach for the Pat Jones YMCA, Piranhas, as well as a certified swim instructor for the YMCA. Kaitlin and her husband, Bruce (Finance Manager for Reliable Toyota), got married in 2018, they have a 2 year old daughter. Kaitlin is also in her second year as the 4th grade teacher at Dayspring Christian School. 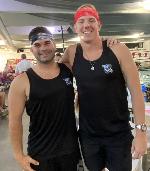 Michael is starting his 2nd season on the MSA Coaching Staff.  He is the Lead Grizzlies Coach and also an assistant for the Senior Groups.

Michael is a grad student and swimmer at Missouri State.  He was an Olympic Trials Qualifier in 2020(21) and has been a MAC Conference Champion.  Before swimming at Missouri State Michael swam at the University of Louisville.  Upon graduating, Michael would like to continue a career in coaching! 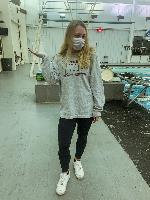 Karli is in her second season coaching at MSA!  She works with all age groups!

Karli is from St. Louis where she swam for FAST and is a former swimmer for Missouri State.  She coached summer league teams before coaching with MSA.  She is also a swim lessons instructor.  Karli is still a student at Missouri State.

Jordan begins her first season with MSA!  She works with the Pandas, Cubs, and Grizzlies!

She has previously coached summer league in Springfield for many seasons.  Before coaching Jordan swam at Glendale High School.  She is currently a student at Missouri State.

Dylan is starting his 2nd year coaching with MSA!  He works with the Grizzlies, Bruins, and SR Bears.

Dylan is a swimmer at Missouri State and a MAC Conference Champion in the mile and on the 800 Free Relay.  He was also MAC Runner Up in the 500 Free and 400 IM.

Before swimming at Missouri State Dylan was a National Qualifier in the distance events for BLAST and the Linn-Mar Swim Team.  He is from Independence, Iowa. 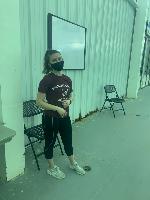 Ellie is in her second season as a coach at MSA!  She works primarily with the Cubs and Pandas groups.

Before coaching, Ellie was a swimmer at MSA for many years and swam for Kickapoo High school.  She is currently going to school to become a pilot! 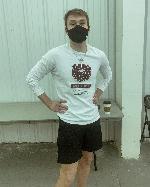 James is in his second year coaching with MSA!  He primarily works with the Grizzlies, Bruins, and SR Bears.  He also is a lessons instructor.

James is a swimmer at Missouri State and is a big butterfly guy!  He grew up swimming not far from Dallas, Texas. 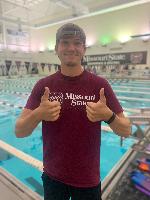 Austin is in his first season coaching with MSA!  He works the Pandas, Cubs, and Grizzlies.

Austin was a swimmer at MSA for many years and swam for Logan-Rogersville High School.  He has coached summer league teams the last couple summers.  He is currently a student at Missouri State. 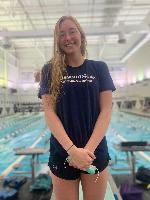 Sami is in her first season with MSA!  She coaches the Pandas, Cubs, and Grizzlies!

Sami is a swimmer at Missouri State and was a member MVC Champion Relays.  She was also Runner Up in the 200 IM in 2021.

Before coaching at MSA Sami swam for the Pirhanas out of the Quad Cities in Iowa.

Hannah is a new coach with MSA!  She works with the Pandas and Cubs!

She is a swimmer at Missouri State and swam for FAST in St. Louis.

Chelsea will be starting her 9th year with the MSA program. She has served many roles with the MSA program, having coached each of the groups during her tenure. Chelsea now serves as business manager and advisor to the coaches. A native of Lawrence, Kansas, Chelsea was a standout swimmer for the AquaHawks of the Missouri Valley LSC. She was a Junior National Qualifier and very decorated swimmer in Kansas. Chelsea then went on to swim collegiately for Missouri State and remains one of the most dominant and decorated swimmers in MSU history. As a Bear, she won numerous MVC individual and relay titles and held team records. Before graduating with a degree in exercise and movement science in 2011, she was named MSU Senior Female Athlete of the Year. Following graduation Chelsea began her college coaching career at Missouri State, where she is now the Associate Head Coach.

Dave will be starting his 12th year with the MSA program, having served as MSA’s head coach from 2007-2012. Dave is now the owner and director of the program serving in an advisory role. A native of San Antonio, Texas, Dave grew up swimming for Alamo Area Aquatics and MacArthur High School. He went on to compete at Drury University from 2001-2005. After graduating with a master’s degree in Communication, Dave began his coaching career at Parkview and Ozark High schools. In 2007 he became the assistant swimming coach at Missouri State, also starting his tenure with the MSA program. While serving as MSA’s head coach, Dave produced numerous sectional qualifiers and NCSA Junior National qualifiers while growing the membership. Dave is currently in his 5thyear as Head Coach of the Missouri State swimming and diving program.