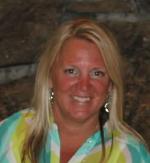 Coach Erica was born and raised in Omaha, Nebraska. She began her competitive swimming career at the age of 11, swimming for Millard Swim Club (MSC – the old MAC). She attended Millard South High School and swam under at Rob Wennstedt lettering and swimming in the Nebraska State Meet in distance freestyle and butterfly. She attended Creighton University and later graduated from the University of Nebraska at Omaha with her secondary education degree and coaching endorsement. Coach Erica teaches Science at Millard South High School. She also helped coach the Millard South Swim team for many years with Rob and Tyler Hammond. You will see Erica on deck helping our age group coaches. When Coach Erica isn't teaching or coaching, she enjoys spending time with family, and being involved in all her kids’ activities. Coach Erica and her husband Jim live in Millard and have 3 children Addisyn (14), Avery (12) and Andrew (10). All which swim for MAC.

Coach Edwards competed for the Bellevue Swim Club and was a distance freestyler for Creighton University under coach Jack Jackson.  Dave has coached at both the  high school level and age group level in Kearney, NE as well as in Manhattan, KS.  Coach Dave was also the head age group coach and assistant senior coach in Fort Belvoir, VA.  Dave is also a certified athletic trainer and teaches elementary physical education in Omaha.  Coach Edwards joined the MAC staff during the fall of 2006 and is the primary coach for MAC’s White group.  Dave is married to wife Lisa and has three sons, Max, Trevor, and Oscar.

Katherine Anglin (Lincoln) was born and raised in Omaha, NE. She began her competitive swimming career with Swim Omaha at the age of 8. She has earned recognition as Swimmer of the Year, medaled all four years at the Nebraska high school state meet and was a part of the 2012 Nebraska State Championship team, under Doug Krecklow. She swam for Docker Hartfield and Doug Krecklow at Swim Omaha. She earned her Psychology degree in 2017 from the University of Nebraska at Omaha. In her free time she loves playing sports and traveling. She is married to husband Jordan and mother to Kai (3) and Emery (1). Katherine is the primary coach for Gold Group.

Coach Amanda Benak was born and raised in Omaha, Nebraska. She began her swimming career at an early age, swimming for MAC under a lot of the same coaches (like Coach Lammel) she works with now! She attended Marian High School and swam under Pat DiBiase, lettering and swimming in the Nebraska State Meet all four years. She continued to swim in college during her freshman year at the University of South Dakota. She graduated from the University of Nebraska at Omaha with her elementary education degree. Coach Amanda teaches 5th grade at Aldrich Elementary in Millard, and coaches green group for MAC and JV boys and girls swimming for Millard South High School. When Coach Amanda isn't teaching or coaching, she enjoys spending time with family and friends, seeing live music, and camping. Coach Amanda was married to her husband Chase in 2019.

David has served in the Head Coach or Program Director role since 1989.  In this time, MAC established itself as one of the largest and most stable swimming programs in the Midwest, consistently producing swimmers at the national championship level.  Coach Lammel was a 7 time high-school All-American at Millard South under coach Rob Wennstedt (1982-84) and held the Nebraska state high school record in the 100 yard fly (49.34) for 26 years.  David has coached swimmers to Junior National Championship Final heats as well as Senior National qualification times.  He and his wife Sue, a teacher in the Millard Public Schools have two daughters, Mackenzie (28) and Madison (26) who both teach in the Elkhorn Public Schools District.