Shaynah began swimming at the age of 12 and continued to swim at the club level in college and enjoyed masters swimming after college.  She became the Head Coach at ATOM in 2012 after being the Head Age Group coach at ATOM for 7 years.  Prior to coaching at ATOM, Shaynah was an Assistant Senior Coach at Chapel Hill YMCA.  She graduated from UNC-Chapel Hill with a masters degree in secondary education and also taught high school social studies in Gaston County for 6 years before becoming a full time swim coach.  Shaynah has coached Olympic Trial Qualifiers, NCAA athletes, Junior National and U.S. Open qualifiers, and State and Sectional Champions throughout her coaching career.  She is passionate about teaching life skills through swimming and providing an environment that meets the needs of each individual swimmer. 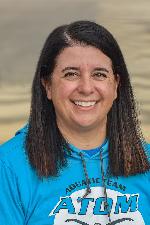 Stephanie has over 20 years of coaching experience and is familiar with North Carolina Swimming having coached at High Point Swim Club, Swim MAC and NCAC in Chapel Hill.  She has coached swimmers at all levels of the sport including numerous state, sectional and zone champions as well as record holders at each of those levels.  She has also coached swimmers to the Junior National level and several USA top 10 swimmers.  Coach Stephanie also adds a wealth of experience with developing curriculum for swimmers to help them smoothly transition from one group to the next, as well as an attention to detail and strong technical foundation. 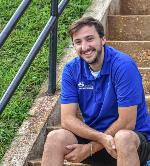 Marshall was born and raised in Richmond, Virginia.  He began swimming at age six, and continued throughout high school.  He then began coaching as a teenager at a local YMCA where he fell in love with teaching and empowering young athletes.  As an undergraduate student at Virginia Tech, Marshall worked for five years as an assistant coach with the swimming and diving team.  There he coached ACC champions and record holders, NCAA All-Americans, and Olympians.  After graduation Marshall remained in Blacksburg to continue his efforts with Virginia Tech as an assistant coach.  He also assisted with the post-graduate group, Pinnacle Racing, led by Sergio Lopez.  This position allowed him to work with Olympic athletes from twelve different countries.

Marshall’s coaching philosophy balances intensity with empathy, competitiveness and togetherness.  His goal is to create well-rounded young adults that seek to support each other in positive ways, both in and out of the pool and help continue to build that culture at ATOM in all practice groups.  Marshall is excited to join the ATOM family and continue to build up our tradition of creating an environment where champions are inevitable. 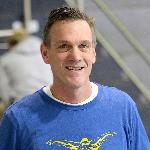 Doug grew up swimming his hometown of North Wales, Pa. - a suburb of Philadelphia - and never stopped. He competed at North Penn High School, where he was a captain his senior year. He went on to swim at Division 1 University of Delaware for four years, where his team won the East Coast Conference Championship. Doug has coached a spectrum of athletes, from youth to high school, post-grad and masters swimmers. Through his coaching at Miller Swimming he coaches nationally ranked amateur and professional triathletes as well. Doug continues to compete in open water and masters events. He was the first person ever to swim the 28-mile distance of the Catawba River from Mt. Holly to Ft. Mill in 2018 and has consistently won or finished atop the field in national events. He is a student of the sport and is dedicated to helping athletes reach their potential. He lives in Ballantyne with wife Debra, an administrator at Nation Ford H.S. in Ft. Mill, S.C. Their daughter, Evan, graduated from Ardrey Kell High School in 2020 and attends UNC-Wilmington, where she is a member of the basketball team 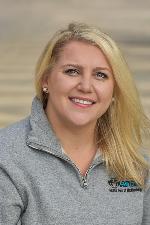 Erica grew up in Stafford, Virginia where she started swimming at the age of seven. She continued swimming through college at Radford University where she served as Captain her Senior year. After graduation Erica moved to Charlotte to work in marketing and shortly after realized how much she missed being involved in swimming. Erica began with ATOM in 2016 as the ATOMites coach and became the lead Purple Group coach in 2017. Erica enjoys teaching our youngest swimmers the foundations of competitive swimming and watching  them find a passion for the sport of swimming. 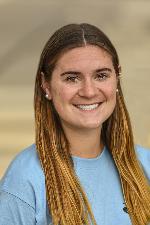 Shannon Earley is from Connecticut. She started swimming when she was 4 and swam through her 4 years of college at Roger Williams University in Rhode Island. At RWU, she achieved and still hold some school records, including distance freestyle and the 400 IM. She has been coaching swimmers of all ages for 3 years now. The past two years she was an assistant high school swim coach and has coached swimmers as young as 5. In addition to coaching, she is also a fifth grade teacher.