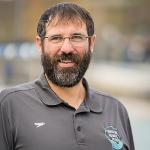 Josh joined Carolina Aquatic Team as a part-time coach in January of 2008 and in September of 2008 became part of the full-time coaching staff.  He earned his BS from Penn State University in Recreation and Park Management.  While at Penn State, Josh was a 3-year NCAA All-American and a 2000 Olympic Trial qualifier in the 100 and 200 backstroke.  He also set school records in the 100 and 200 backstroke and was a member of the Big Ten record-setting medley relay.  Josh was also part of the Penn State's Big Ten Championship team in 1999.

Josh has previous coaching experience with the York YMCA in York Pennsylvania, as well as Big Cat Aquatics in State College Pennsylvania.  Josh brings several years of Championship level competition experience to Carolina Aquatic Team.  During his age group swimming years, Josh was a YMCA national champion and YMCA national record holder.  In addition to competing, Josh has spent a lot of time teaching swim lessons during his career.

In 2015, Josh took over as the head coach of Carolina Aquatic Team.  He coaches the CAT's Senior Elite Group in addition to overseeing all CAT team operations.

Josh lives in Durham with his wife Kristin, and their two children.  When not at the pool, Josh enjoys being with family, watching sports, listening to music, and being outdoors.

Swimming is an excellent sport where each athlete has the opportunity to improve both their fitness level as well as their confidence through sports. I have helped young athletes reach their goals in fitness as well as to achieve the national spotlight. Over the 30+ years of coaching in my career, I have seen more then 100+ “Top 16 Times” in the USA achieved by the swimmers that I have helped. I am proud of their accomplishments, along with the accomplishments of each swimmer progressing to their potential. With swimming, “The Sky is the Limit”. All you have to do is try! 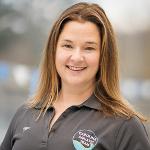 Liz Moreno joined Carolina Aquatic Team in the fall of 2019 as a part-time coach who primarily works with Age Group 1 and Fun 'n Fitness. Liz did not grow up as a competitive swimmer but began coaching at Riverside High School in 2017 as the varsity swim team coach and has been passionate about coaching and helping to develop swimmers since.

Liz has been teaching for Durham Public Schools since 2010 and is currently an English as a Second Language teacher and department chair at RHS where she also continues to coach.

A Durham native, Liz continues to live in Durham with her son, Will. 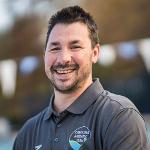 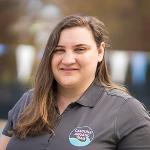