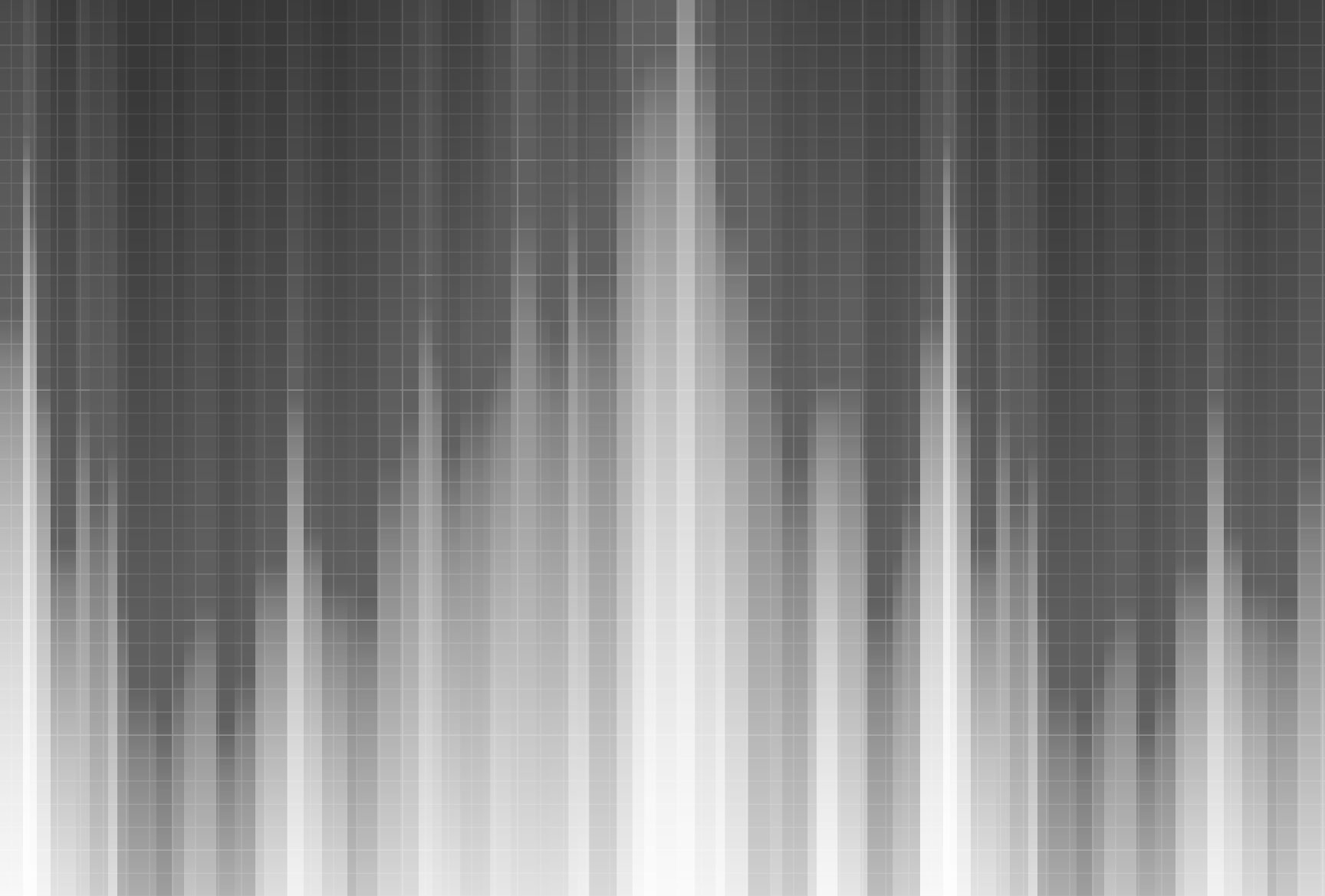 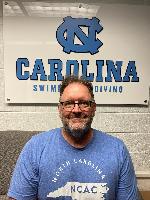 Coach Steve Brown joined the NCAC staff in August of 2017, and in doing so brings over 20 years of coaching experience. He is an ASCA Level 5 coach, and spent the last three years being an assistant coach at the University of Arizona, in Tucson, AZ. While there he helped mentor and coach NCAA Champions, American Record Holders, Olympic medalists, Olympic finalists, as well as many other Olympians.

Prior to Arizona Steve was the Head Coach of the Sarasota YMCA Sharks Swim Team in Sarasota, FL. While under his helm as head coach from 2009-2014 the Sharks swim team reached new heights, with some of the highlights being:

He has also twice been picked to USA swimming International Coaching Staffs with his appointment at the 2012 Junior Pan-Pacific Championships in Honolulu, Hawaii as well the 2013 Junior World Championships in Dubai, UAE.

Steve graduated from Ball State University in 1993 with a degree in Business Administration, and was born and raised in suburbs of Chicago. He is very passionate about his Chicago sports teams: Bulls, Blackhawks, Bears, and most importantly his beloved Chicago Cubs. He pays great tribute to former swimming mentors Sherwood Watts and Larry Shofe from Sarasota, and Rick DeMont from the University of Arizona to helping him grow as both a coach and a person. 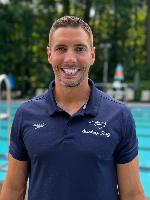 Coach Sean McGinley graduated from Villanova University in 2003 with a degree in Social Sciences. During his freshman year, Sean began coaching for his former swim club team, PWAC. While a student at Villanova, Sean developed a passion for strength training. As a personal trainer, Sean assisted athletes in achieving their personal fitness goals. His expertise in strength training refined his approach on the instruction of proper body mechanics in swimming.

Sean was the head coach of PWAC from 2000-2014. Sean coached the developmental age group to the Senior level age group. Sean coached several swimmers who have risen all the way up to the Junior National/National Teams and finalists at the Olympic trials.

Ten years ago Sean established a lucrative private swimming lesson business that he still operates today. Sean’s specialty is developing proper stroke technique for swimmers ranging from novice to the International level. He has clients in both North Carolina and Pennsylvania.

Sean began coaching for NCAC in 2014. During 2014-2015, Sean was Co-Lead Coach of Junior Tar Eels, Discovery and Challenge. Throughout 2015-2019, Sean advanced to Lead Coach of Discovery, Exploration and Nova. Presently, Sean is the Lead Coach of Exploration.

In the last 5 years, Sean coached alongside some of the best swimming coaches in the country. Some of these incredible coaching experiences have included traveling to Atlanta, Maryland and the Olympic Training Center in Colorado Springs. Since his arrival at NCAC, many of his swimmers have reached soaring new heights. From 2014-2019, Sean coached multiple age group swimmers who achieved times placing them in North Carolina Swimming TOP 5 of All time, TOP 5 in the State, TOP 5 at Age Group Championships and TOP 5 at Age Group Sectional Championships. Amongst these swimmers were several individuals who broke numerous NCAC records and multiple North Carolina swimming records. From 2014-2019, Sean coached relays at every Championship meet to finish at least in the TOP 3.

Sean resides in Chapel Hill with his wife (Briana) and daughter (Mila). Sean enjoys rigorously working out, swimming, horticulture and exploring the North Carolina outdoors with Briana and Mila. 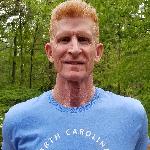 Coach Watts comes to Chapel Hill from Sarasota, Florida, having spent the past 33 years with the Sarasota YMCA Sharks Swim Team.  Coach Watts grew up in the Y and considers himself a product of the Sarasota YMCA. He began coaching with NCAC in the fall of 2018.

Coach Watts started his coaching career with the Sarasota YMCA under then Head Coach Tim Hill, and later went on to coach at the Joliet YMCA in Illinois until 1985, when he returned to the Sharks.  In his 33-year stint with the Sharks, he lead the Age Group Team to twenty-four (24) Florida State Swimming Championships, thirty three (33) YMCA State Championships, and sixteen (16) YMCA National Championships.

Eli Danson is in his 3rd season at NCAC and is the lead coach of Junior Tar Eels, Discovery, and Journey and assistant to Performance Blue. Eli has coached four athletes to top-five finishes at the state meet and multiple relays to top 4 finishes. Eli swam at Carleton College where he was team captain his senior year. Eli was primarily a 200 butterflyer as well as focusing on mid-distance freestyle events. After completing his degree in chemistry at Carleton, Eli started a two-year exercise physiology Master’s program at UNC-Chapel Hill which he graduated from in May. There, he completed his thesis focusing on T-cell response to exercise while being the assistant swim and head strength coach for Carrboro High School. Over his two years as coach, Carrboro had tremendous success with the woman’s team finishing 2nd in his first year and 3rd in his second while the men finished 3rd and 5th respectively. Additionally, the Jaguars finished 2nd overall in the 1A/2A division in both years Eli coached the team. He also serves as a volunteer assistant for the University of North Carolina Swim Team since January of 2020. 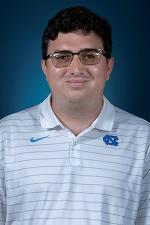 Coach Hunter grew up in Phoenix, AZ and is the third of four sons to Michelle and John. Michelle and John both swam at the University of Cincinatti, while Michelle competed and medaled for Canada in the 1984 Olympics. His brothers, Zac, who serves as the Head Coach of the Boys & Girls Club of Northern Westchester “Marlins” Swim Team, Dylan, who is a Strength and Conditioning Coach at University of California - Davis, and Skyler, who swims at Concordia University in Irvine, California.

Coach Hunter in his free time enjoys watching sports, especially his favorite team the Arizona Diamondbacks. He also enjoys swimming, golfing, and playing other sports. He also wants to thank his swimming mentors Paul Stafford from Tucson Ford, Clifton Robbins from the University of Arizona, and Steve Brown who have helped him greatly to guide him throughout his coaching career.

Coach Justin joined the NCAC staff in July 2020. Growing up in Fresno California, his love for the water started at a young age. Following his older brother Cary, a University of Southern Cal swimming alum, Justin joined the local club team at four years old. Justin swam at the University of Arizona from 2014-2018 while earning a degree in business management. In the summer of 2018, Justin won the US National Title in the 200 Butterfly. He continues his career as a professional swimmer currently aiming for the 2021 Olympic Games. Over the course of his career, Justin has had the opportunity to compete at many international competitions, including the Fina World championships in 2019.
Coach Justin is passionate in his belief that anyone can be great, it's just a matter of finding our own unique path. As a coach, Justin hopes to help NCAC swimmers find their own paths to greatness and instill principles in them that will benefit the athletes long after their swimming career's.